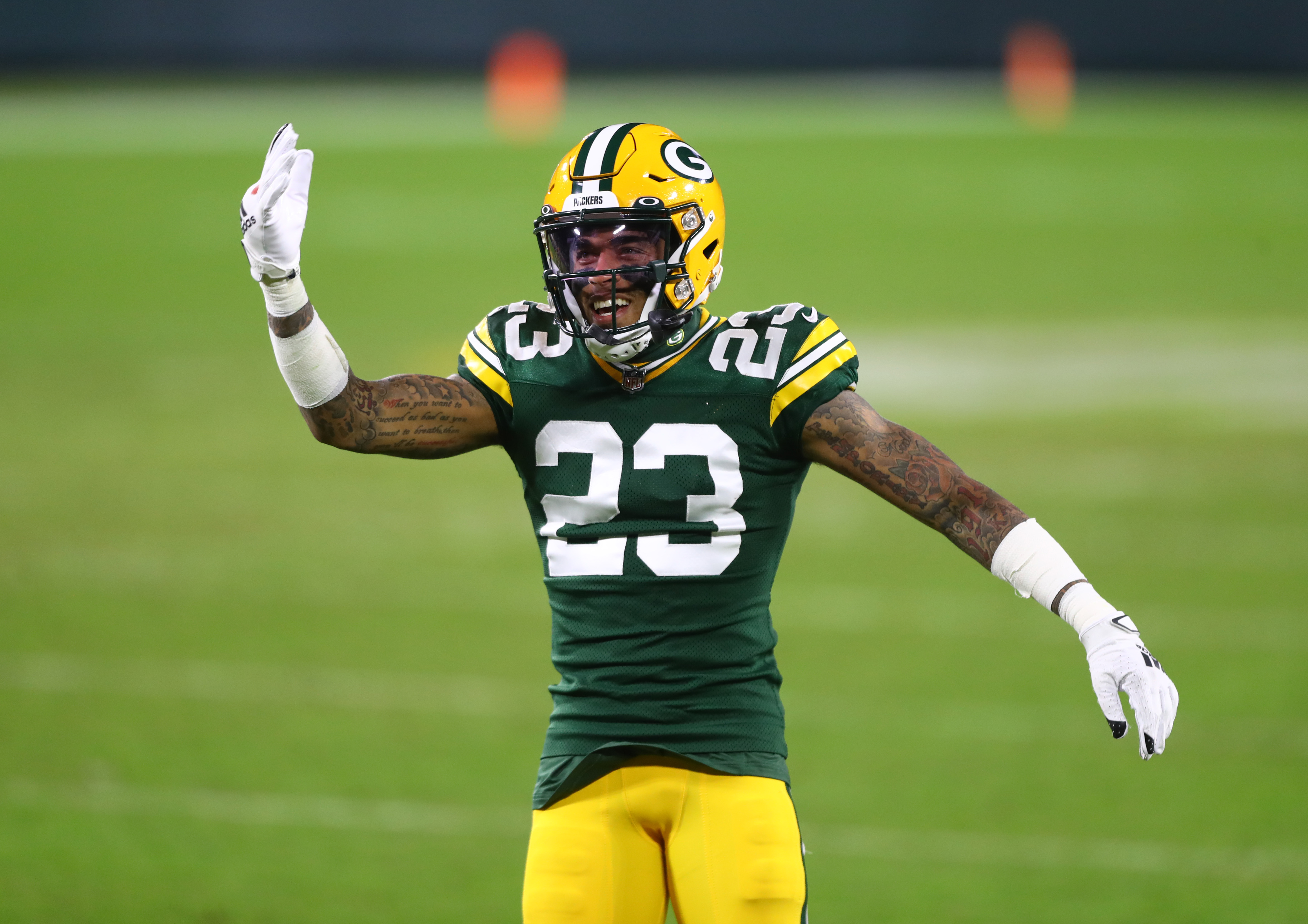 The Green Bay Packers will be looking to fortify the cornerback position this offseason. This is a familiar refrain for Packers fans. It seems like the team has been trying to “fix” this position for a long time.

The Packers know Jaire Alexander is their top corner and he is one of the league’s best cover corners right now. But after that, there are a lot more questions than answers.

Here is a look at the team’s current cornerback situation and how the franchise got to this point:

Alexander is a genuine shut down corner. He earned Pro Bowl honors for the first time in his career in 2020 and still has room to improve. Alexander is smart, confident and fast. He prevented some of the best receivers in the game from doing damage against the Packers defense throughout the season.

Opposing quarterbacks completed only 51.3 percent of their passes when throwing to receivers covered by Alexander and their quarterback rating was only 67.4 according to pro-football-reference.com.

The only issue with Alexander is a lack of big plays. He had only one interception this season although he did add two more in the NFC Championship Game. Of course, cornerbacks will get fewer interceptions when opposing quarterbacks don’t throw in his direction because they know they won’t have much success.

Ja’Money is the Packers cornerstone in the secondary and one of the best in the game at his position.

King is scheduled to be an unrestricted free agent this offseason and he’s unlikely to be back. His poor performance in the NFC Championship Game and his inconsistency makes his return doubtful.

King has good size and length. When he’s on his game, he can come up with some big plays as indicated by his team-leading five interceptions in 2019. But King has trouble staying healthy and has never played 16 games in a season since coming into the league in 2017.

There is no doubt King regressed this year after having a better 2019 campaign. If he doesn’t re-sign, the Packers will need to replace him and find another corner to start opposite Alexander.

Sullivan was asked to step up and assume a bigger role in 2020, playing slot and nickel corner rather than dime back. He was on the field for 71 percent of the team’s defensive snaps in 2020 after playing only 34 percent in 2019.

The former Georgia State star was inconsistent in 2020, having some good moments and struggling at other times. Opposing quarterbacks completed 67.9 percent of their passes and having a quarterback rating of 95.8 when throwing to receivers covered by Sullivan. In 2019, their rating was just 34.3.

Sullivan has the intelligence and athletic ability to continue his development, but he will need to play better in 2021 to stay in the nickel corner role.

Jackson was drafted in the second round in 2018 but he has been unable to crack the starting lineup. In three NFL seasons, he’s started 15 games and 10 of them came in his rookie campaign.

Opposing quarterbacks feasted on Jackson this season, completing 74.2 percent of their passes and having a quarterback rating of 113.0. Quarterbacks have had a rating of over 100 when throwing to receivers covered by Jackson in all three of his NFL seasons. His lack of speed can make him a liability in man coverage.

By the end of 2020, Jackson was a healthy scratch. He was only active for two of the team’s final six regular-season games and didn’t appear in either playoff contest. This year will be Jackson’s last chance to prove he deserves more playing time.

Other players set to return and battle for roster spots in 2021 include Ka’dar Hollman who has contributed mostly on special teams. Hollman likes to play a more physical, bump and run style of coverage when he is most effective but has yet to establish himself as an NFL starter.

Stanford Samuels and KeiVarae Russell have been signed to reserve/future contracts while Parry Nickerson and Kabion Ento finished the season on the injured reserve.

These players will likely be back to fight for roster spots in training camp but none is a likely starter in 2021.

How Did We Get Here?

The Packers have been trying to address the cornerback position in the draft for many years now but they have not had a lot of success.

In 2018, the Packers spent their first two draft picks on corners. They hit big time with Alexander but seem to have whiffed with Josh Jackson.

The Pack also used their first two picks in 2017 on DBs with King becoming a starter but Josh Jones, their second pick in the second round is now playing for his third team in four seasons.

In 2015, the Packers also selected two defensive backs with their first two picks. Neither Damarious Randall nor Quinten Rollings worked out in Green Bay. The Pack tried to play Randall at corner but he was not well suited to the position. He has thrived since being converted to safety. Rollins lasted three seasons with the Packers, starting 15 total games over that time. He’s been out of football since 2017.

As a result of these poor draft picks, the Packers also were forced to sign free agents like Tramon Williams, Davon House and Bashaud Breeland who all contributed when they were healthy. Breeland and House were short-term help while Williams gave the Packers a couple of seasons of solid play at corner. Still, these veterans did not solve the Packers problem at the position long term.

The Packers are still looking to upgrade the cornerback position in part because so many of their draft choices at this position have failed to pan out. This offseason will be critical for the franchise to solidify themselves at corner to remain contenders in 2021.