Wizards earn upset win over Celtics, but still have far to go 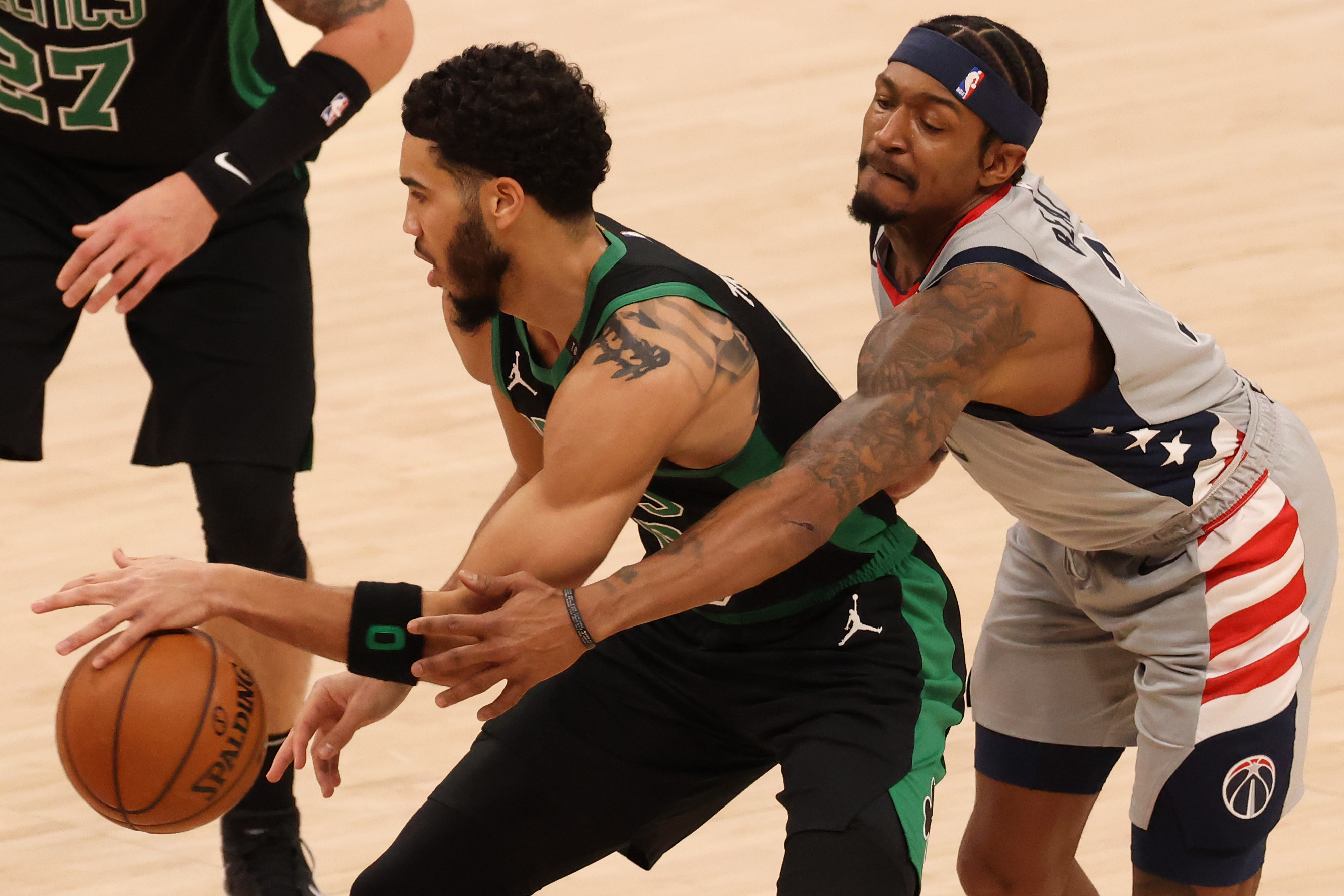 Wizards earn upset win over Celtics, but still have far to go

Following a loss to the New York Knicks, a curious game to choose to rest Bradley Beal, the Washington Wizards were able to partially right that loss in a winnable game by pulling off an upset against the Boston Celtics. Now at 7-17, Washington needs wins any way they can get them but Boston certainly did not play well at all in the early Sunday afternoon game that was originally scheduled for the second half of the weird 2020-21 season.

All-star Jayson Tatum had possibly his worst game of the season with just six points on 3-for-14 shooting in 23 minutes as he battled foul trouble until the game was out of reach in the fourth quarter. Not including 25 points each from Jaylen Brown and Kemba Walker, the rest of the Celtics had just 41 points on 12-for-51 shooting.

“He had an off night, All-Stars have off nights,” Scott Brooks said about holding Tatum to single digits. “Big-time players have off nights, it’s not a video game every night, even though some times it looks that way, it’s not. Brad’s had a few of them himself. I thought we contested shots, we showed bodies, we were good. This was one of our best getting back in transition. We talked about it many times, you just got to keep doing your job. Not get happy with the win, not get too down with a loss.”

“I don’t know, I really don’t know,” close friend Bradley Beal admitted about Washington limiting Tatum. “It was just one of those nights for him. We all have them, hell, I had one last week. It happens, he’s still a star, he’s still a great player in this league. He let us off the hook for sure. He should have stayed in attack mode and stayed aggressive, but I think him being in foul trouble early on kind of hurt him, hurt his rhythm.”

With the insertion of high motor and high energy players Garrison Mathews and Moe Wagner into the starting lineup, the Wizards got off to their first good start in a game in what seems like ages. Not having to expend energy to simply get back into games before running out of steam in the fourth quarter is a key to any success Washington hopes to have moving forward.

“We had multiple efforts from everybody, everybody being locked into the game,” Beal described the team’s focus. “Consistency, we got to build on it. We got to be definitely excited about getting the win against a great team, but we got another one coming in tomorrow that we got to get.

The Wizards will look for just their second winning streak this season on Monday against the Houston Rockets. Houston is without Christian Wood and Victor Oladipo but will be hungry to snap their five-game winning streak in John Wall’s first game as an opponent in DC. A microcosm of the Wizards’ season: can they finally start to achieve the consistency they have yearned for all-season or will the organization to fall on the losing side of a franchise-altering point guard trade?

“Try to create some consistency on the defensive end, offensive will come,” Russell Westbrook, a man of few words to the media, expressed.