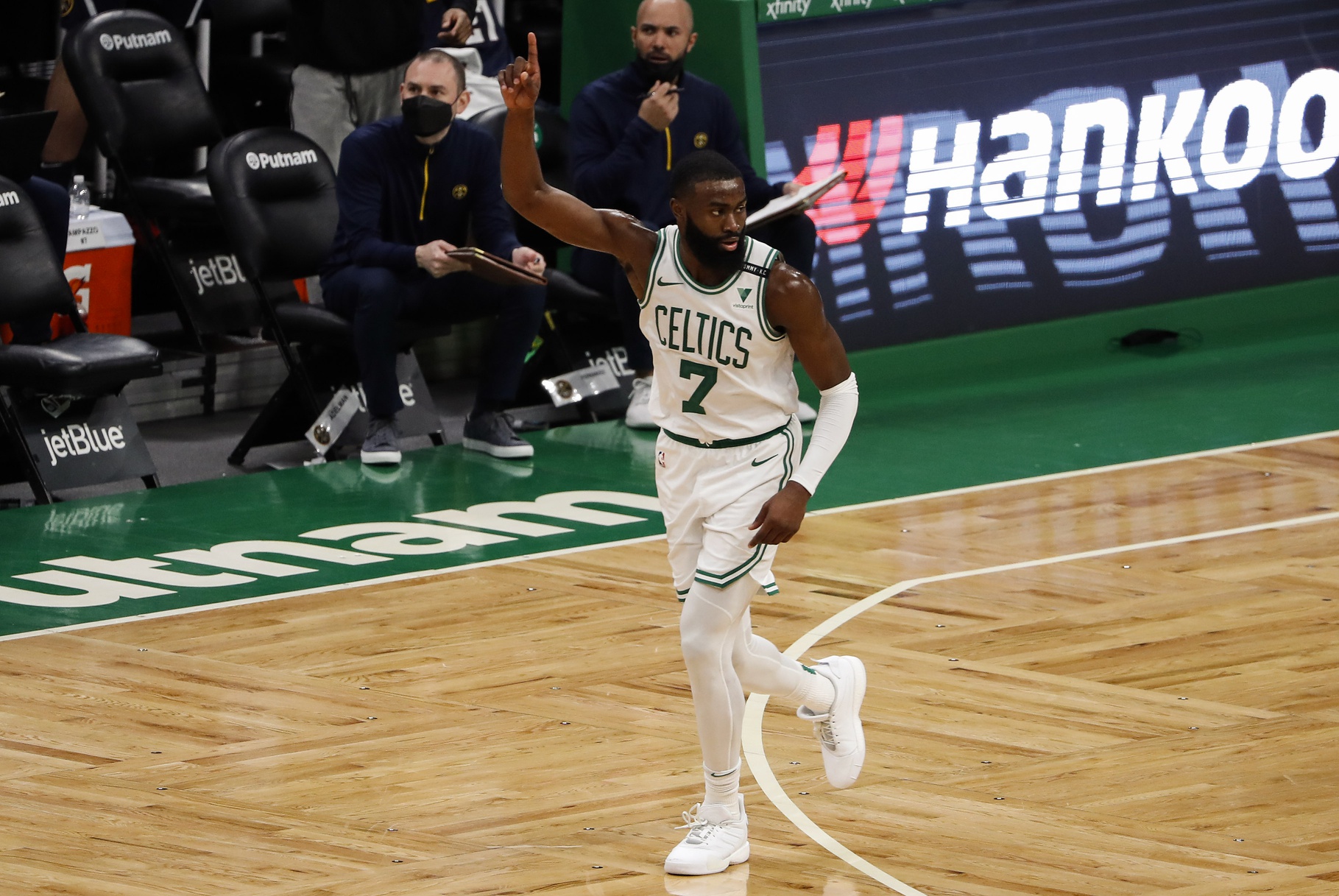 You know those nights when you sleep with your mouth open and can’t get to the mouthwash fast enough in the morning? Well, tonight’s 112-99 win over Denver was that minty fresh swig for a Celtics team who needed to spit out the remnants of Sunday’s disaster vs Washington.

Brad Stevens shocked the world by calling Aaron Nesmith’s number in the 1st quarter and the rarely used rookie responded with a solid game (9 points, 2-4 FG, 5 rebounds in 24 minutes). Rob Williams flashed his potential (8 points, 8 rebounds, 5 steals in 20 minutes against the crafty Jokic) as Daniel Theis sat with a boo-boo finger.

The bottom line… the Celtics played a helluva lot better than what we witnessed on Sunday. Baby steps, people. Baby steps.

Five minutes in and neither Tatum nor Jaylen has taken a shot yet.

Big swing to the end the first – a 3-pointer from Aaron Nesmith, a steal by Jayson Tatum and then two foul shots at the other end. Allows Boston to go from down 1 to up 30-26 after 1. Kemba Walker had 9 for the Celtics, while Nikola Jokic had 15 (and went 6-6) for Denver.

Rob Williams can jump higher than most people including Vlatko Cancar. pic.twitter.com/OpwdPzs50U

Celtics bench is shooting 8 for 10 overall and 3 for 4 from three.

Here’s that Nesmith 3 before the half. Confident and smooth! Where’s he been hiding, Brad? pic.twitter.com/EuQvTthozn

Just how they drew it up pic.twitter.com/MLAPHYNBV5

Consecutive threes by Brown put the #Celtics back up 7. Jokic has 37 on 17 FGA. #Nuggets

how do you defend this… pic.twitter.com/VzQVKaQPWl

"It's like a flock of birds went by him"

Seeing things before they happen 👀 pic.twitter.com/g40pNumVIc

Another 40+ point game for 🃏 pic.twitter.com/3QGwI13hVu

Hack-a-Tristan doesn't work for Denver. He hit 3 of 4 free throws and the lead grew from 11 to 14