Are Changes Coming To The Oilers Forward Lines? 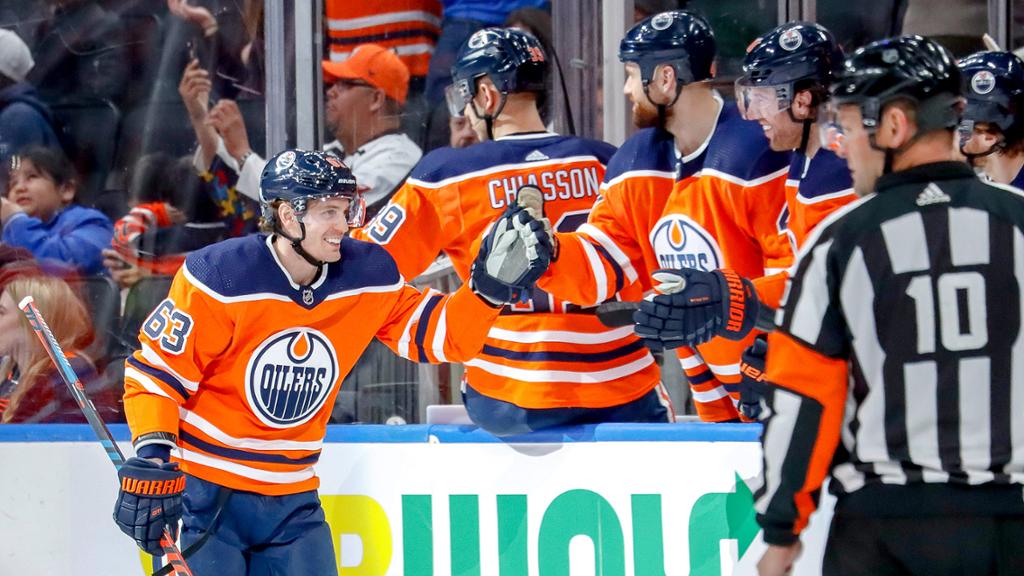 Are Changes Coming To The Oilers Forward Lines?

On Monday night, Edmonton Oilers forward Dominik Kahun turned over a puck that found its way into the back of the net. The goal gave the Winnipeg Jets a 6-5 lead in a game that would end, you guessed, it 6-5. After that turnover, Kahun did not play another shift. Veteran Tyler Ennis replaced him on the club’s second line.

Over the last six games, Edmonton’s second line has seen the offense dry up. Not only that, but the trio has struggled massively in terms of possession. The puck is going the wrong way when the Draisaitl line is one the ice. It’s not one player’s fault, but there does need to be some sort of change here.

The left wing position, where Kahun has been since opening night, could be where change is seen. As mentioned, we saw Ennis jump up to that spot on Monday night. Will he line up there tonight in the rematch with the Jets?

“We’re looking at a lot of different things,” Dave Tippett said on Tuesday. “You’re always looking for players you think can fill in and maybe get a bump somewhere. Ennis, JJ (Jujhar Khaira) and (Josh) Archibald have been really good but we’ll see where it goes tomorrow.”

A simple swap of Ennis and Kahun makes a lot of sense. It may not be the only change that Tippett makes tonight, though.

Gaetan Haas has only played two games this season, but looked good in both. He’s close to a return, and could slide in for the struggling Kyle Turris.

“We’ll see if he plays,” Tippett said Tuesday. “He had a good practice today. We’ll see where his mindset is after (Tuesday). I haven’t talked to him yet but he’s getting closer.”

The Oilers had an optional skate this morning, so no lines or pairings were made apparent. That said, Ennis skated on the second line yesterday, and Haas is close. Perhaps middle-six changes await the Oilers tonight.