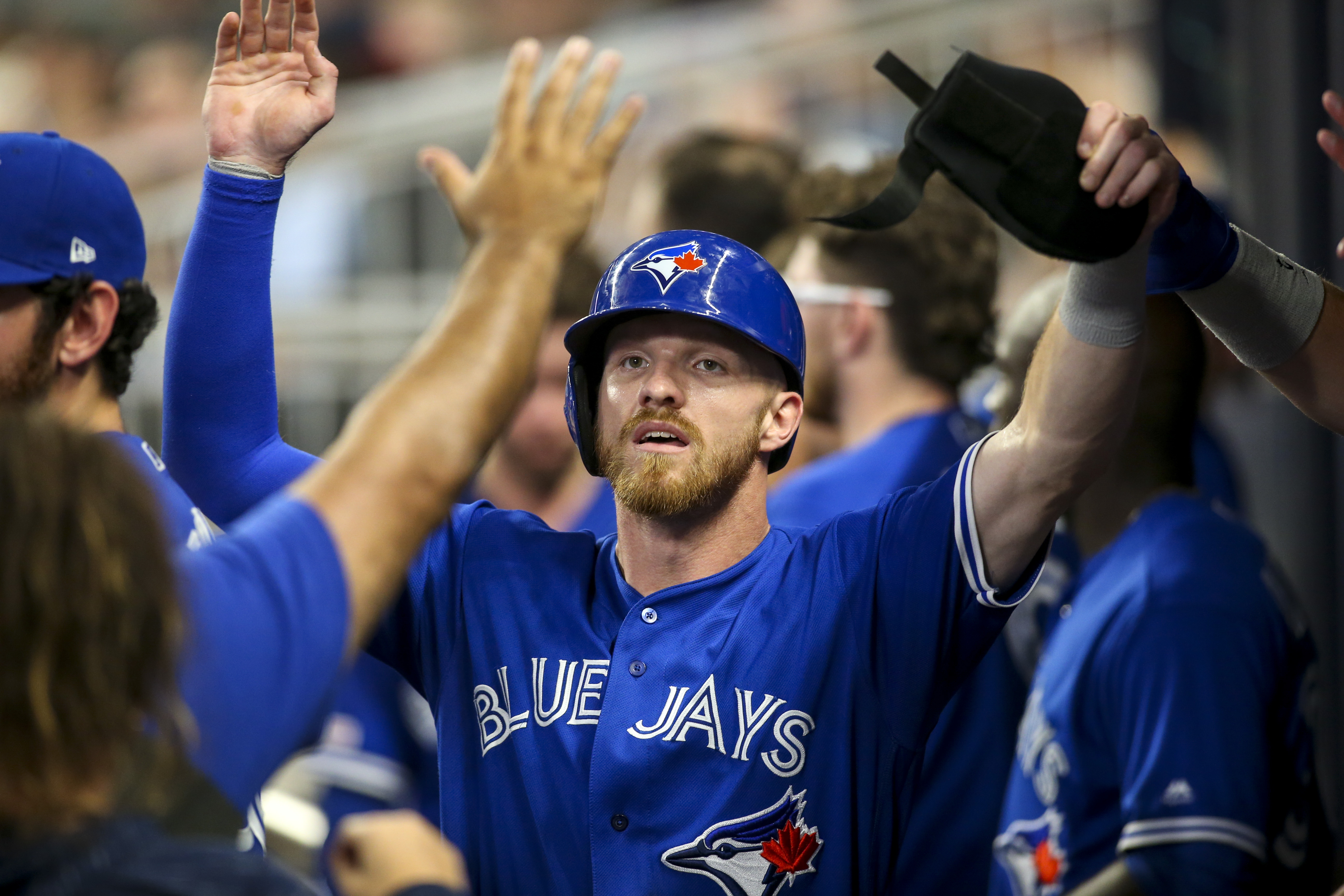 The Toronto Blue Jays traded outfielder Derek Fisher of Lebanon, PA to the Milwaukee Brewers for cash considerations and a player to be named later according to ESPN on Monday. The Brewers will become Fisher’s third Major League Baseball team as he also played for the Houston Astros.

There is no doubt that Fisher became expendable in Toronto. That is because the Blue Jays were able to upgrade their offense with the impressive off-field signing of outfielder George Springer.

After a horrendous 2019 season with the Blue Jays where he hit an awful .161, Fisher did improve in 2020. He batted .226 with one home run and seven runs batted in. During 31 at bats and 39 plate appearances, Fisher scored five runs, and had seven hits, two doubles, one triple, seven walks, 14 total bases, one sacrifice fly, an on base percentage of .359, and a slugging percentage of .452. He had career highs in slugging percentage and one base percentage.

Fisher’s triple came in a 4-1 Blue Jays win over the Washington Nationals on July 27. He then hit his home run in a 7-2 Blue Jays loss to the New York Yankees on September 9.

Fisher does come to Milwaukee with a World Series ring. He accomplished the feat in 2017 as the Astros beat the Los Angeles Dodgers in seven games. In the 2017 Major League Baseball postseason, Fisher scored one run. It was the game-winning run in the bottom of the 10th inning of Game 5 of the World Series, a dramatic 13-12 Houston win.

Based on his past offensive struggles, it is unlikely Fisher will see much playing time in Milwaukee in 2021. He is expected to be mostly a reserve player and near the bottom of the team depth chart.