Soon to be named All-Star starter, Bradley Beal remains most interested in winning 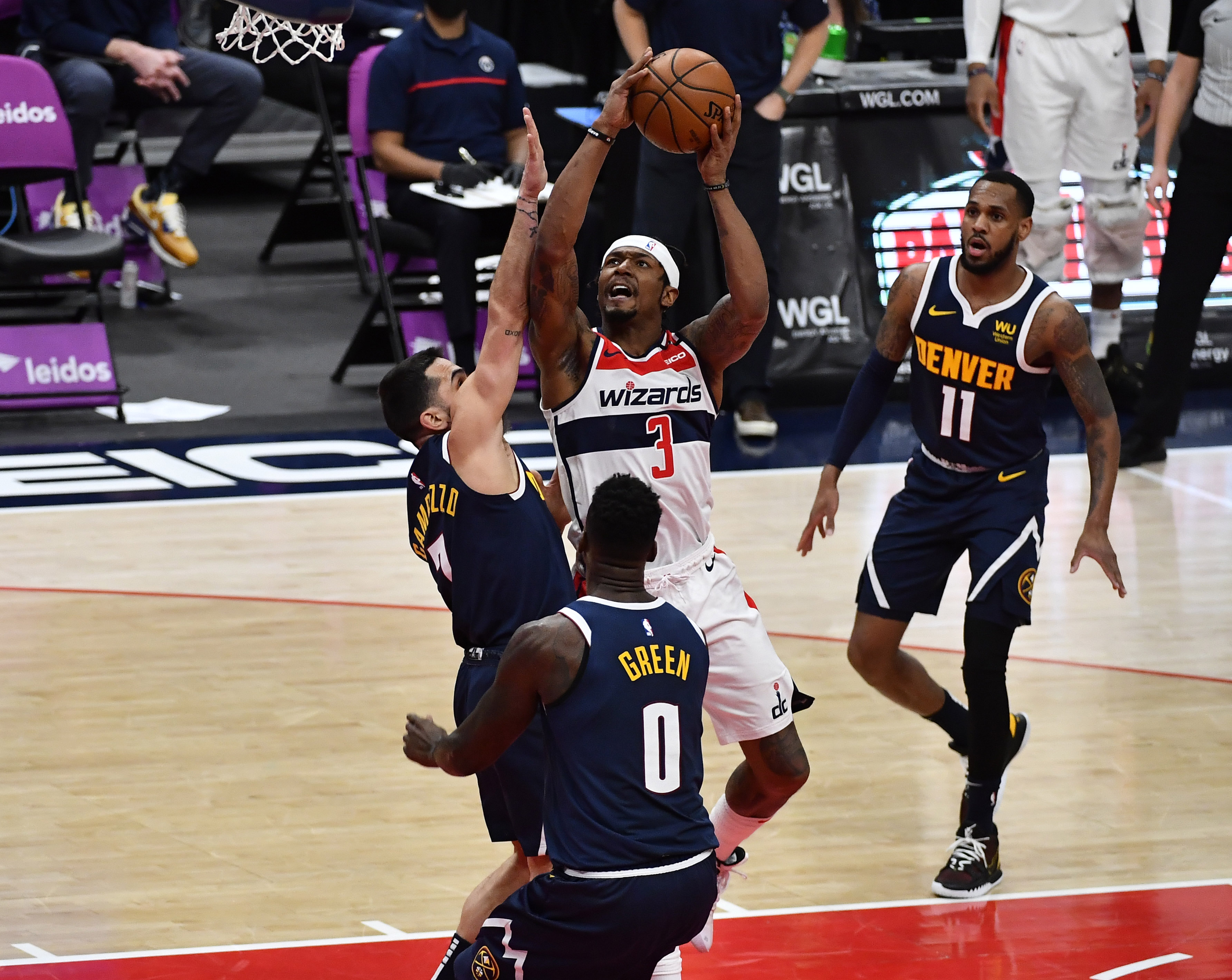 Soon to be named All-Star starter, Bradley Beal remains most interested in winning

On Thursday night, the NBA will reveal the starters for the 2021 All-Star game to be played on Sunday, March 7 in Atlanta. All signs point to the NBA’s leading scorer Bradley Beal earning a starting guard spot for the Eastern Conference given his healthy lead in the fan vote, which is 50 percent of the weighted score. The other half of the equation is split between votes from the players and media, categories that Beal finished 2nd and 5th, respectively. Last season, the Wizards’ shooting guard finished 9th in fan voting with just 800k, but is not getting the respect deserved in the glorified popularity contest with over two million and likely three-plus million votes this time around.

“I ain’t going to say I don’t care, but you know what I mean,” Beal said about the forthcoming honor. “I don’t put really too much focus on it. My ultimate thing is just trying to help my team win. It’s definitely a blessing and an honor to be in that position because its so many guys who are deserving to one be in the game and two definitely enough guys who deserve to start so to be able to have that recognization is an honor. I don’t take it for granted, just motivates me to continue to work on my craft.”

Not being named an All-Star starter last season is fairly warranted given Washington’s poor record, but to not even be named a reserve by the Eastern Conference coaches that double him every night was truly a snub. Now that snub as well as being involved in every make-believe Twitter trade may be working in Beal’s favor, partially responsible for his strong performance in this year’s fan vote.

“Definitely think the snub has a little bit to do with it,” Beal reasoned. “I wouldn’t say all the way to the point to where I get to start, but I think it was just gaining the recognition last year and then it just carried over to this year. Me just constantly working on my game, playing the way I’ve been playing. I never take all the credit, always credit God, credit my teammates, and just continue to do what I do and continue to control what I can control.”

A similar mentality that made fans love John Wall who had instilled in him by his mother to be a better person than basketball player, Beal has bigger desires besides individual achievements.

The soon-to-be three-time All-Star will simply use the honor as additional fuel to get even better as he has every season of his NBA career.

“It hasn’t hit me yet honestly. It really hasn’t. I don’t know, I think I’m just so mind-boggled by last year and this year just like two different extremes,” Beal admitted about the likelihood of being an All-Star starter after missing the game entirely last year. “It really hasn’t hit me yet, but it will definitely be a special moment for me, my family will probably be more excited than I will. I never take anything for granted. Like I said before, it’s a motivational thing for me to be recognized for that. There’s so many other great guys who are in this position too, so many other great guys who are next to you that deserve to be where you are. So that’s just motivation to continue to work at it, continue to be better.”