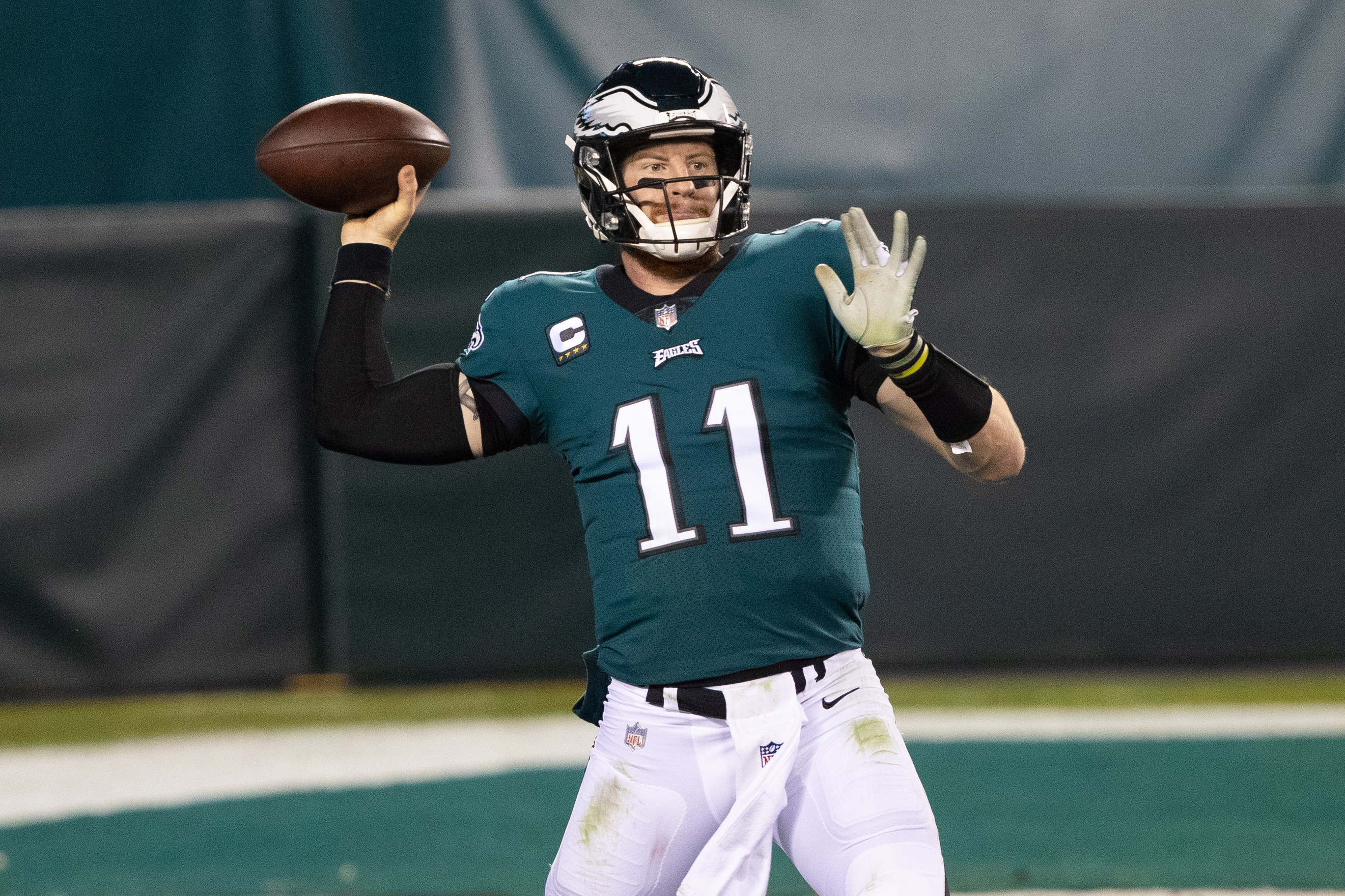 The Philadelphia Eagles reportedly traded quarterback Carson Wentz to the Indianapolis Colts in exchange for a 2021 third-round pick and conditional 2022 second-round pick on Thursday.

According to ESPN’s Adam Schefter, the Colts’ 2022 conditional second-round pick could turn into a first-round pick if Carson Wentz plays 75% or more of his snaps next season. Or if he plays 70% of the snaps and the Colts earn a playoff berth.

Carson Wentz started 12 games in 2020 and was eventually benched in a Week 13 loss against the Green Bay Packers. He posted a 57.4 percent completion percentage, 2,620 passing yards, 16 touchdowns, and 15 interceptions.

Wentz will be going to the Colts, who were 11-5 this past season and made the playoffs. He will be filling the void at starting quarterback after veteran Philip Rivers retired after the season.

Wentz will also be reunited with his former offensive coordinator Frank Reich, who is the current head coach in Indianapolis.

The Eagles will likely turn the starting quarterback job over to second-year quarterback Jalen Hurts. However, reports are suggesting that the Eagles want to bring in another quarterback to compete with Hurts going into the 2021 season.

In his rookie season, Hurts showed flashes of excellence while starting in only four games. He threw for 1,061 yards, six touchdowns, and four interceptions. The former Oklahoma quarterback also added 354 rushing yards and three scores on the ground.

The Eagles own the sixth overall pick in the draft, where they could surprisingly take a quarterback. There are also multiple free-agent quarterbacks heading into the offseason, such as Tyrod Taylor, Ryan Fitzpatrick, and Cam Newton.

For Philadelphia, Wentz being traded to the Indianapolis Colts could just be the beginning of an overhaul for a team that won a Super Bowl less than five years ago.