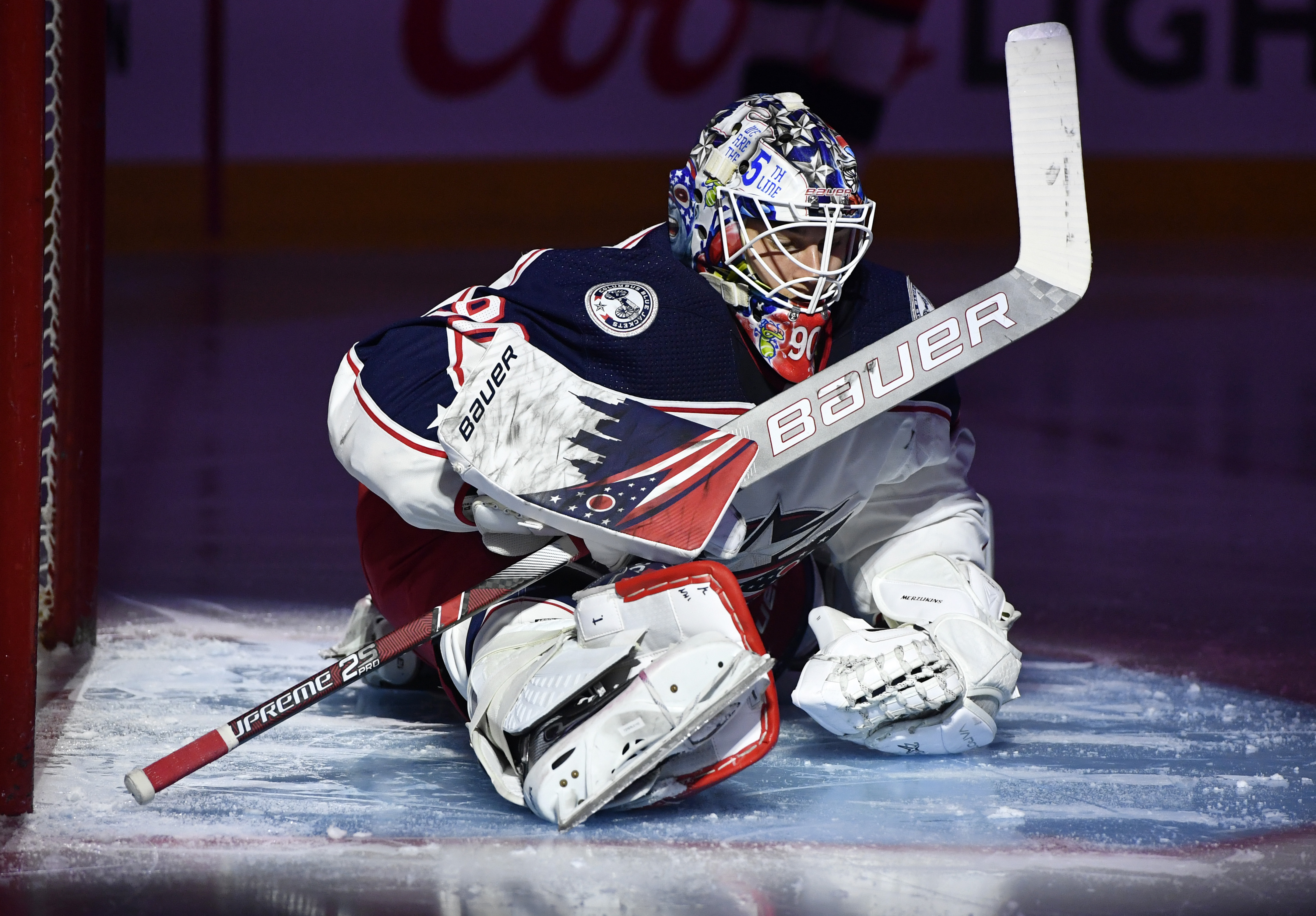 Elvis Merzlikins of Riga, Latvia may not have had the start in the 2020-21 National Hockey League regular season as he had in 2019-20, but on Thursday night against Nashville, he recorded his first shutout of the season. In a 3-0 Blue Jackets win over the Nashville Predators, Merzlikins made 32 saves.

Merzlikins made 10 saves in the first period, nine saves in the second period, and 13 saves in the third period. Viktor Arvidsson of Skelleftea, Sweden led the Predators with four shots in goal.

Offensively for the Blue Jackets, nine different Columbus players registered a single point. The Blue Jackets’ goal scorers were Cam Atkinson of Riverside, CT, Max Domi of Winnipeg, Manitoba, and Eric Robinson of Bellmawr, NJ. Columbus got one goal in each period, with Atkinson registering his team-high seventh goal of the season. Defenseman Andrew Peeke of Parkland, FL notched his second assist and fourth assist of his career on Robinson’s empty-net goal.

A season ago Merzlikins was so brilliant, he was getting Vezina Trophy and Calder Trophy consideration. Despite only having a record of 13 wins, nine regulation losses, and eight losses in extra time, Merzlikins recorded five shutouts (one shutout for more than one-third of all of his wins), a fantastic save percentage of .923, and a very respectable goals-against average of 2.35.

The Blue Jackets meanwhile have a record of eight wins, six regulation losses, and four losses in extra time for 20 points. They are also one point back of the Tampa Bay Lightning and Carolina Hurricanes for a playoff spot, but the Lightning and Hurricanes each have four games in hand.