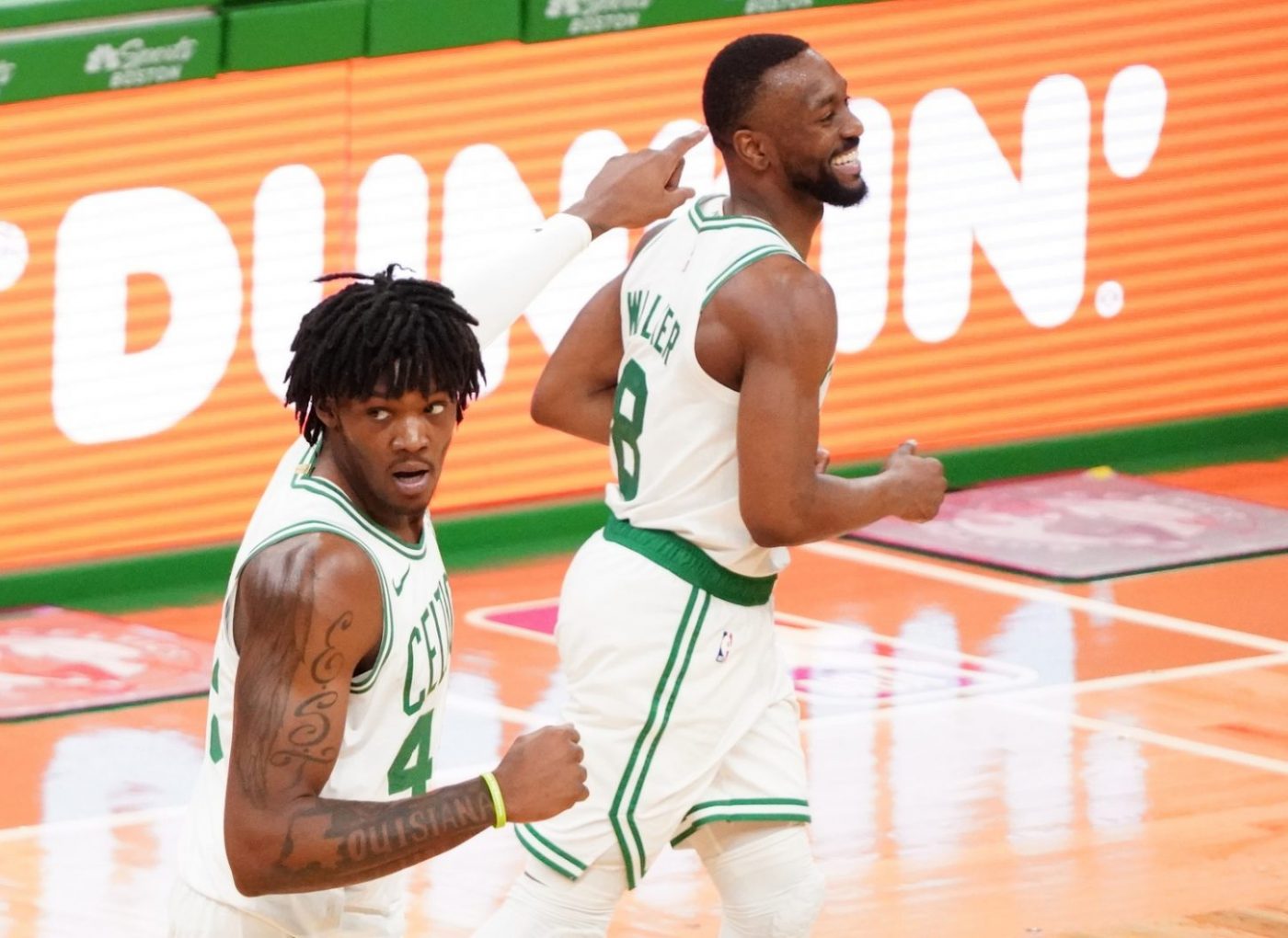 The Celtics flipped the script on the Hawks tonight for a much-needed 121-109 win. They were wildly energetic on the offensive end for all 48 minutes and defensively adept for more of the game than they weren’t. A promising performance in Q1  ballooned into a 20-plus margin of beatdown in Q2, highlighted by a 20-3 Boston run (which was itself capped by an 8-point Kemba Walker solo run) that was a 25-point lead at the half. We know just how fast even big leads can evaporate in the third quarters that’ve troubled this year’s Celtics so much. ATL showed life to start the second half, and made things downright frightening with a rally in the game’s final five minutes (this, unsurprisingly, was the stretch when Boston was not defensively adept). But the Cs had done enough right for long enough that their victory was secure.

A dominant and efficient Kemba Walker played an all-around excellent game (28-5-6-3-1, his season-high in points so far and a +26). Jayson Tatum wasn’t as precise a shooter and got a bit turnover-prone, but still brought home 25-8-6-1-3. Jaylen Brown (17-4-6-1) played critical defense early on, helping put the Hawks in that deep hole they never really emerged from. Even the much-maligned Tristan Thompson/Daniel Theis big duo did quite well, both together and apart, amassing lines of 17-5-3-0-1 and 14-8-4-1-3, respectively. LAST BUT NOT LEAST, a hypercharged Rob Williams dropped 12 on 75% shooting alongside 7 boards, 2 steals and 4 blocks.

Read on for highlights, analysis, jokes, fan anxiety and pure weirdness, straight from your tweets:

The Celtics look sharp early. They’re playing with an energy they haven’t had consistently of late.

Thompson had a really good game but this was still funny (and is kiiiiinda true):

Then the feed to Rob: pic.twitter.com/IYAlR8ocuc

Feels like if the Celtics just threw lobs up to Robert Williams all game they'd be fine.

That did not feel like an exaggeration in the first half!

We're only 14 minutes into this game and five different Celtics have already blocked a shot.

Kemba on fire 🔥
He has 20 at half.#Celtics Rewind presented by @tmobile pic.twitter.com/XYmgpYn7NU

This game has been so bizarre, in that Trae Young and Clint Capela have been dominant for Atlanta – and, yet, Boston is dominating overall. Boston is still hovering around 60 percent from the field.

It probably didn’t help ATL that the oft-reliable John Collins (a player I’ve long thought could be a Celtic under the right circumstances) decided to play an all-time stinker tonight:

John Collins making a strong case for the Celtics not to pursue him. 1-10 and this atrocity pic.twitter.com/sageN3s0Vt

Of course, nothing can ever truly be easy for the Cs…

Aaron Nesmith headed off the court and straight back to the locker room after it appeared he got hit in the back of the head by Robert Williams inadvertently on that last defensive possession.

Absolutely baffles me why Brad doesn't just complete the blowout and rest dudes at the end vs trying to steal minutes earlier. https://t.co/JSHQ5MzrRP

tractorman we will avenge you
we have a semi hive????
javonte to the shadow realm
teague to the netherworld or sacrificed to a volcano at the start of the next game to summon a better bench
a lead? never heard of her

But despite the agita and late-game scares, it was a W. Let’s wrap it up on a laugh we can all appreciate:

Payton Pritchard leapfrogs over Brandon Goodwin to get back on defense pic.twitter.com/tzcv2spVvm