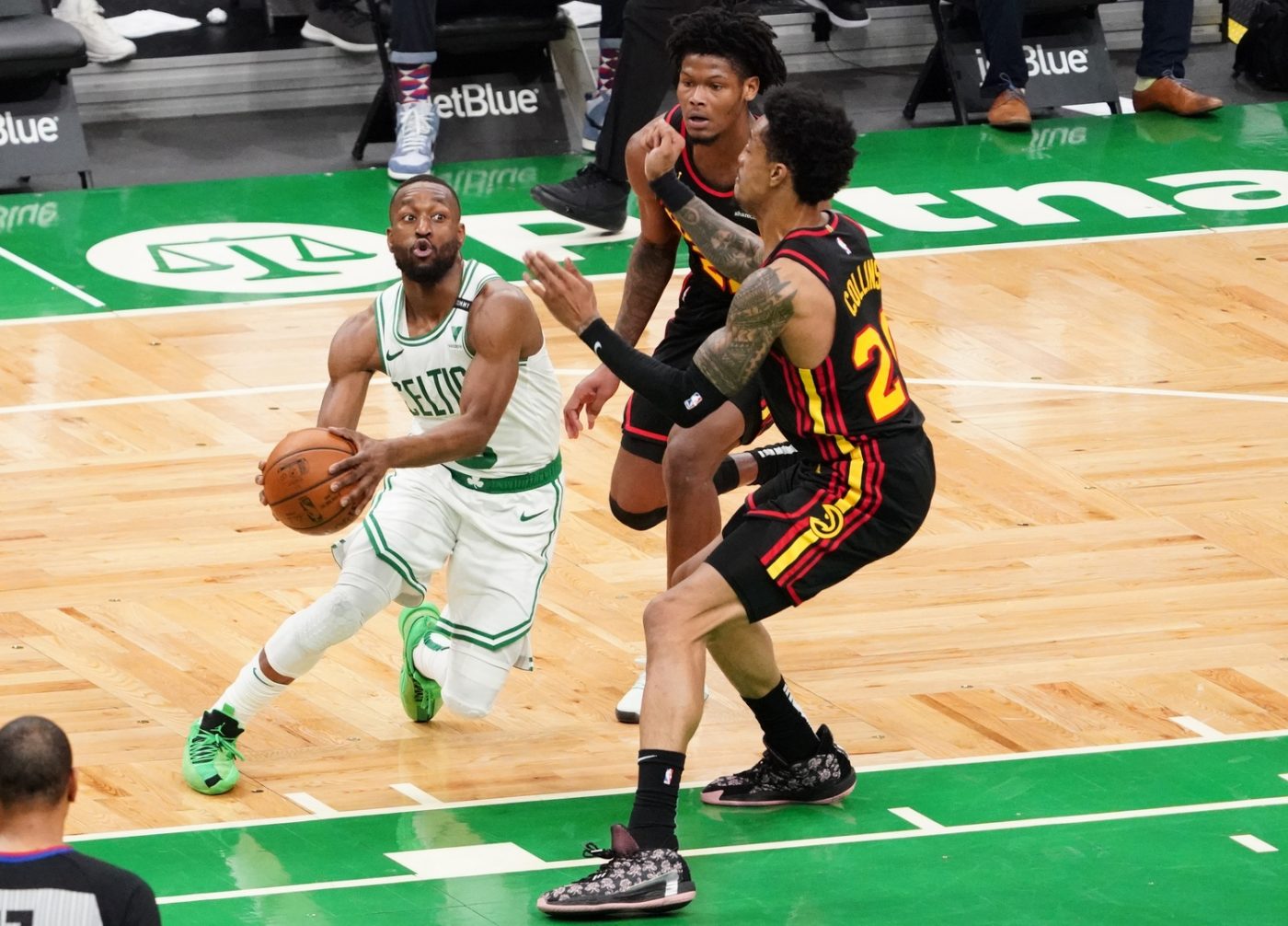 The Celtics won the rubber match in their miniseries with Atlanta on a freezing Friday night. Every game feels like a must-win right now, so it’s good to appreciate them as much as possible.

We’ll start with a not-so-positive Thought and then delve into more Thoughts on the good stuff that powered our heroes to victory:

This victory was functionally a blowout. Even if the final margin (122-109) wasn’t quite in that territory, the Cs were in total control for the vast majority of this game. Let’s say…32 minutes out of 48. The Cs fanbase, myself included, tends to get deep into counterproductive doomerism when bad stretches come along, so I want to establish this game as an unequivocal win. (Then when we’re positive about things, the Felger/Mazz/Merloni schmuck crowd shouts “GREEN TEAMERS!” before returning to their Brady memorabilia and Red Sox depth charts, but that’s another matter.)

Now the bad part: When the Cs let the defense lapse in this game, it was the same mistakes that have cost them whole contests: Standing around in the low post while opposing bigs (Clint Capela, in thise case) get second-chance points. Sloppy passes that sail right into defenders’ hands (the Hawks got 14 total, with Cam Reddish grabbing 5). Boston came very close to surrendering this game to Atlanta in Q4, and only didn’t because the lead they’d established was so big and they ripped off a last-minute run to solidify the outcome.

Some issues were more granular:

Net-rating data shows that the Tatum+bench mob lineups are highly productive. But useful as those details are, they don’t illuminate how said results are achieved. If you don’t execute based on what the data suggests is possible, the data itself loses value.

Absolutely baffles me why Brad doesn't just complete the blowout and rest dudes at the end vs trying to steal minutes earlier. https://t.co/JSHQ5MzrRP

Stevens’ lineup peccadilloes also reared their head. There was no need to throw some Javonte Green minutes early in Q4, especially at the expense of Aaron Nesmith, who didn’t have flashy counting stats last night but showed off a fair bit of fundamental skill that wasn’t always there in his earliest games. Pritchard also got too much tick given that he was clearly a bit off. This stuff specifically isn’t a huge deal given the game’s final result, but you have to monitor and mitigate it. Otherwise it’ll bite you in the ass at a more critical juncture.

The 25-point lead the Celtics had on the Hawks at halftime last night—it was 66-41 Cs—doesn’t exist without Kemba’s 20 points in those first 24 minutes of gameplay. Tatum and Brown were both slow to get started in this contest: While they had a respectable share of defensive contributions in the first half, they couldn’t get their shots to reliably fall (and Tatum was having turnover issues, which plagued him all game).

(Shoutout Red’s Army media expert emeritus @KWAPT for that and other clips used in this post and the recap. If you’re not following, rectify that.)

So Walker took over. It was like contests last year where Walker’s Sicko Mode activated if Jayson, Jaylen or both were having rough nights. Walker was accurate on drives, floaters, midrange and deep shots. Moreover, while Kemba will never be mistaken for a defensive genius, he got three steals during Q2. And later, when his shot faded a bit and the Jays took over, Walker contributed defensively when he could, most notably taking a charge against a blitzing Trae Young with barely a minute left in the game.

3. When the offense is in motion this team almost always wins

We’ve said it approximately 70 zillion times: When Celtics teams under Brad Stevens move the ball and make those extra passes, they win—or at the very least position themselves to win.

Of the 21 games this season in which the Celtics got 20 or more assists, they went 13-8. Of those 8 games they lost, nearly all were against the elite of the elite (Brooklyn, L.A. Lakers, Philly) while others were razor-edge defeats that could’ve gone either way (that one-point Pacers loss). As for  games with under 20 assists…there’s 8 of em. Only 2 are Celtics wins. All of the most excruciating recent defeats (Detroit, Washington, Utah, San Antonio) fall into the >20 assist category.

Last night they had 26 assists on 50 made field goals. The Denver win on Tuesday was the same deal: 26 assists on 39 FGs. That blowout Toronto win was 30 assists on another 39 FGs. The empirical evidence is obvious. Brad cannot ever let the game plan fall away from that and the players must continually execute it. Simple as that.

All of the Celtics big men except Grant Williams (who I think could’ve been easily exploited by the Atlanta offense, so I understood the DNP-CD) played reasonably well in this one. Thompson produced instant offense whenever he got near the goal, didn’t clog things up for Theis or anyone else and revealed himself as both blunt and basketball-erudite in a presser:

Tristan Thompson on the Celtics blowing their huge lead and not letting the young guys get in the game for some garbage time minutes:

"It's selfish on our part that we didn't stomp on their necks and let them bleed out to death." https://t.co/iiZH4afQE6

Theis, meanwhile, was efficient on both ends (14-8 with 3 blocks!), despite efforts from the War-On-Theis shocktroops. But the real jump-out-of-your-seat-howling highlights came from the third member of Boston’s center trio:

That’s not even the only Timelord rim-rattler of the game. One or two of the others made it into my recap. He went 6-of-8 from the field with 7 boards, 2 steals and 4 blocks. If not for goaltending it would’ve been 6 blocks. (One of those was a tad questionable, one was absolutely Rob’s fault.)

Those goofs still must be worked out of his game. But there’s real progress being made. One only need look to Clint Capela, who was hardly perfect early on, to see the type of valuable starting center Williams can become.

I would die for Robert Williams and Probably Will

Cs Nation was so on edge last night that even the slightest sign of injury had us freaking the geek out. I know I was.

However, it was just an overabundance of caution; he was walking on his own power despite first not looking like he could and later returned to the bench. Hopefully this doesn’t persuade Brad to put him back under glass, because Nesmith is just starting to show signs of real rookie value.