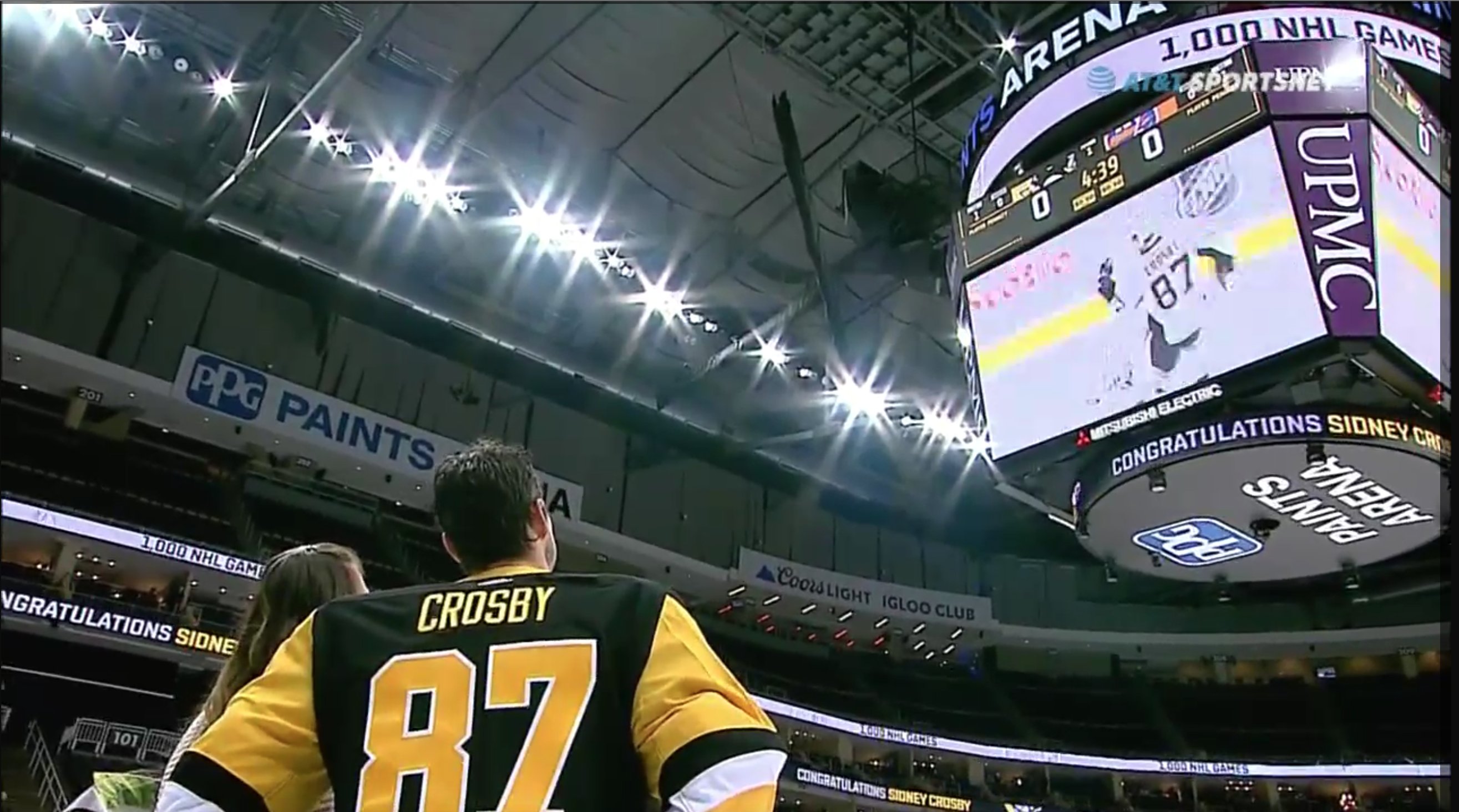 Folks.  It is with heavy heart that I tell you that the Penguins are still on their bullshit.

In weeks past, getting off to a slow start after a pregame ceremony would’ve had them in a 4-0 hole within 10 minutes.

But with the entire hockey world focused on the Hockey Mecca for 87’s big day, it was Tristan Jarry staring down the Islanders in the early going that kept the door open for his team to do the rest and salvage a result on the Cap’s night on a night where the Pens really didn’t see much of the puck.

But perhaps more important than Crosby’s milestone (and two assists), Letang opening his goal account, and Jarry stealing a game is that the Pens got yet another regulation win against a team on top of them in the standings. 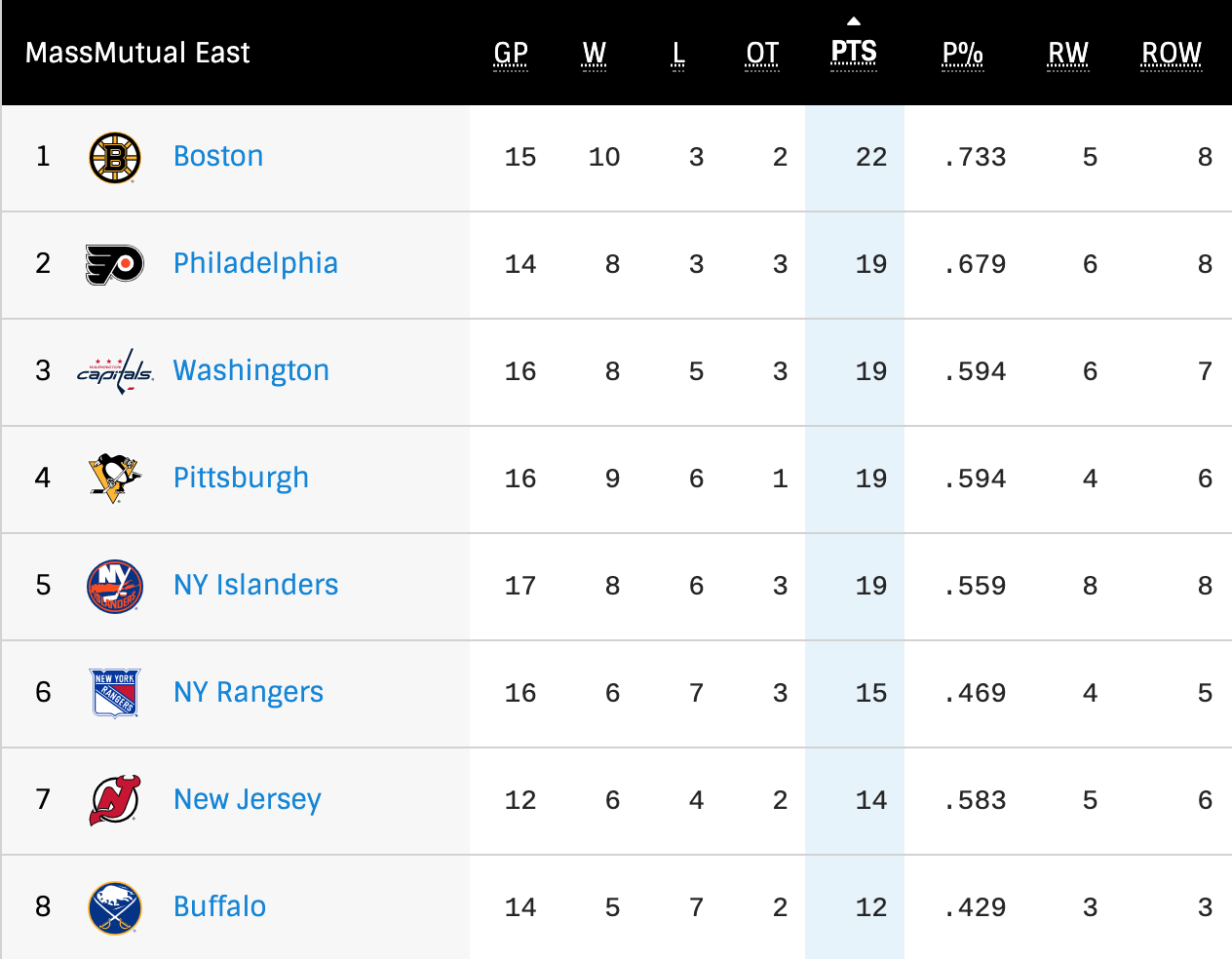 Sets up some big showdowns this week with 2 games each against the Caps and Isles.

In a true homage to Sidney Crosby’s entire being on his 1000th game, HCMS made no changes to the lineup that thumped the Islanders on Thursday night.  We simply love our superstitions, don’t we?

Wait, if every player is wearing 87, how can I find the real Sidney Crosby!?

On the Isles side of the ice, Varly got the start again opposite Jarry, while Leo Komarov was in for Michael Dal Colle.

Sidney Crosby's 1,000 @NHL games have been nothing short of sensational. Congratulations, Sid! You deserve it all. pic.twitter.com/pRAN1uYwwx

All Isles to start the game, but some big time Jarry saves to kept them off the board.  And Crosby damn near killed a ref.  They let you get away with that in your 1000th game.  Or something like that.

Took the Pens a little bit to get going, but they eventually did with Crosby leading the way and the 4th line following suit.  Big Kid chance towards the end of the period epitomized the jump he had from the opening puck drop.

Somewhere in there, Malkin left and Jankowski moved up the lineup.  Unsure what happened, but he looked like he was laboring a lot after Barzal put him through the spin cycle and played just 5 shifts for 4:14 and nothing in the final 6:33 of the period.

Isles with a 16-4 shot advantage through 20 and more than doubled up the Pens 15-7 in scoring chances, with 87’s line accounting for 4 of those 7 (via Natural Stat Trick).

With no Malkin to start the period, HCMS wasted no time reuniting the Wall Street Bets line, putting Rust back up with Crosby and Guentzel.  It didn’t last long because all of a sudden Malkin reappeared at center ice around 5 minutes into the period like Billy Witchdoctor made him rise from the dead after Kapanen found iron.

In the back 9 of the period, Lafferty would find iron himself, but the story of the first 40 was all about Tristan Jarry.

That is until the Pens picked up the first powerplay of the night with 7:37 left after Beauvillier hooked up Zucker in the mid-slot.

Thirteen seconds was all it took.

Sid winning the opening draw allowed the Pens to get set up.  Rust was a bit higher in the bumper spot and his work with Malkin and Crosby damn near set up 87 from Malkin Street.

Sid was quickest to react and gobble up the rebound along the half wall as the Islanders scrambled, working it back up high to Gene.

One quick sweep pass right into 58’s wheelhouse later and Letang was sending a bullet by Varlamov.

True to form, it would be Jordan Eberle once again getting the Islanders back level within a few minutes.

Pens were actually in decent shape initially after Marino forced a turnover below his goal line, letting Malkin dance his way out of the zone.

But one the 3v2, his cross ice look high Zucker in the ass and turned the Islanders loose on their own odd man rush the other way, trapping Matheson a bit in the neutral zone and creating a 1v1 between Beauvillier and POJ.

POJ did really well to keep him wide and force him to turn back away from the goal to look for help, which he found in Eberle.  Neither Matheson nor POJ jumped on the pass, both electing to cover the back post pass instead.  Miscommunication city.

Just a handsy little move from Eberle to undress Jarry and slide it home.

Shots 10-8 Isles in the 2nd, but they controlled the bulk of everything, including a 5-1 edge in high danger chances.

The Isles would build on that late-ish period goal by capitalizing on an Ultra Mega Malkin miscue.

Puck was bouncing around below the goal line, but ended up on Zucker’s stick along the wall.  Malkin and Rust both saw a chance at a 2v1 and flew the zone, but Zucker, on his backhand and with the puck not really in a position to make the pass, couldn’t connect through Mayfield.

Easy peasy for Nelson to walk to the center point and beat Jarry glove side through traffic.

But if you though the Pens were going away, you had another thing coming.

All Mike Matheson here, stepping up in the neutral zone to force the chip into the zone, knowing that he had cover from Lafferty and Marino.

Everything Matheson does after the reverse is art.  Put it in a book, take it up to your bedroom, and read that shit while your toilet is replaced with a joke toilet that’s just for farts.  First of his Penguin career for Matheson.

you ain't got no style pic.twitter.com/mxDCMjqYNF

And you just knew that Crosby in one way or another was going to have the final say.

Controlled little breakout ended up creating a true 50/50 puck that Tanev, elevated to the top line, created chaos and jammed it down into the corner where Guentzel was flying in to support.

87 just hung out in support, waiting for 59 to sweep it over to him and he knew right where he was going: straight to Letang at the point.

Elite patience from 58 to sell Bailey on the shot, change the angle around him with a little curl and drag, then rifle it by Varlamov. $$$

With 6 and change left, Zucker took a hooking penalty to give the Isles a little bit of hope.  Heroic penalty killing to kill it off and keep it 3-2 and would be enough to take the W. 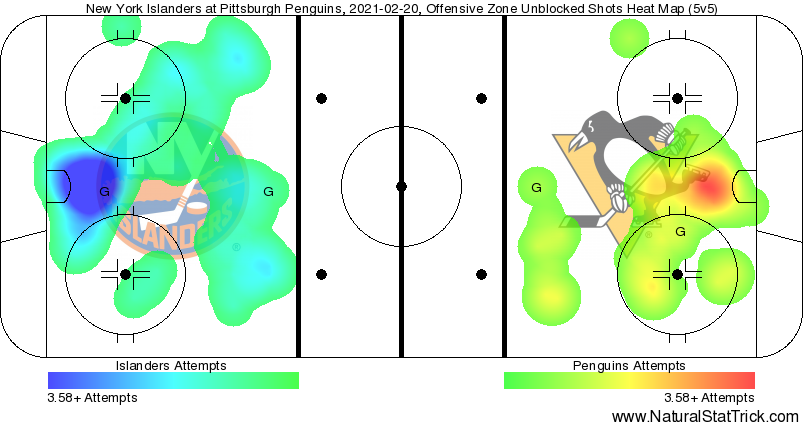