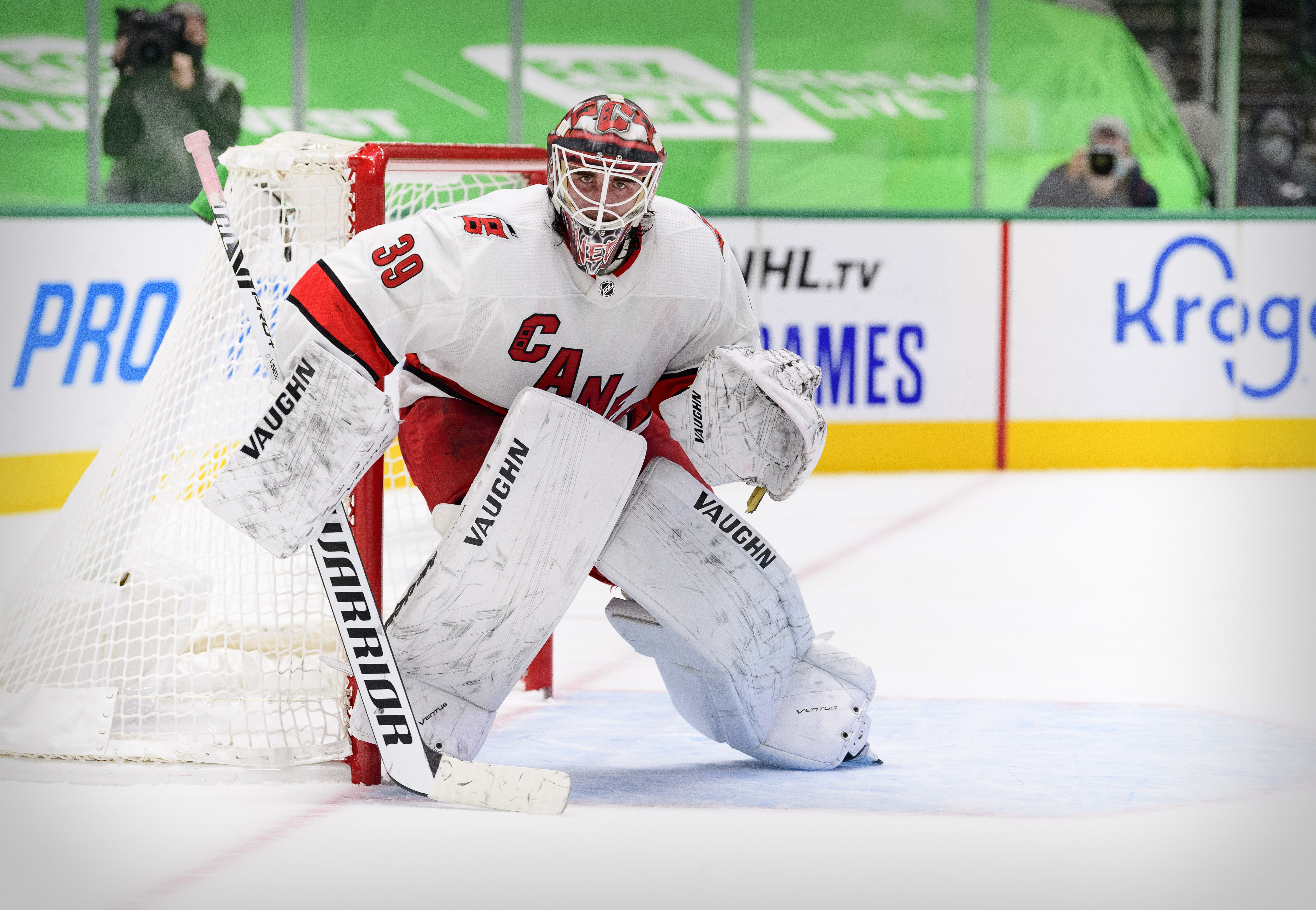 Nedeljkovic recorded six saves in the first period, 13 saves in the second period, and only five saves in the third period. Right-wingers Mathieu Joseph of Laval, Quebec, and Alexander Volkov of Moscow, Russia led the Lightning with three shots each. There is no doubt that the Lightning are missing their star right-winger Nikita Kucherov of Maykop, Russia, who won the Art Ross Trophy, Ted Lindsay Award, and Hart Trophy in 2019. Kucherov is out for the season after hip surgery.

With the shutout, Nedeljkovic improved to a record of two wins, one regulation loss, and one loss in extra time this season. He has a goals against average of 2.44, and a save percentage of .911. The shutout came in Nedeljkovic’s 10th NHL career regular season game over four seasons in Carolina since the 2016-17 season.

Nedeljkovic is seeing time as the Hurricanes’ backup goaltender to James Reimer at the moment. That is because Petr Mrazek of Ostrava, Czech Republic is sidelined after undergoing thumb surgery. Mrazek had two shutouts earlier this season against the Detroit Red Wings and Lightning.

In the Hurricanes win over the Lightning on Saturday, Carolina had a multi-point game from Sebastian Aho of Rauma, Finland, and Andrei Svechnikov of Barnaul, Russia. Each had one goal and one assist for two points. Carolina’s other goal scorers were Vincent Trocheck of Pittsburgh, PA, and Cedric Paquette of Gaspe, Quebec. For Paquette, it was his first goal with the Hurricanes since being acquired in a trade from the Ottawa Senators on February 13.

With the win, the Hurricanes moved into first place in the Central Division. They have a record of 12 wins, three regulation losses, and one loss in extra time for 25 points.