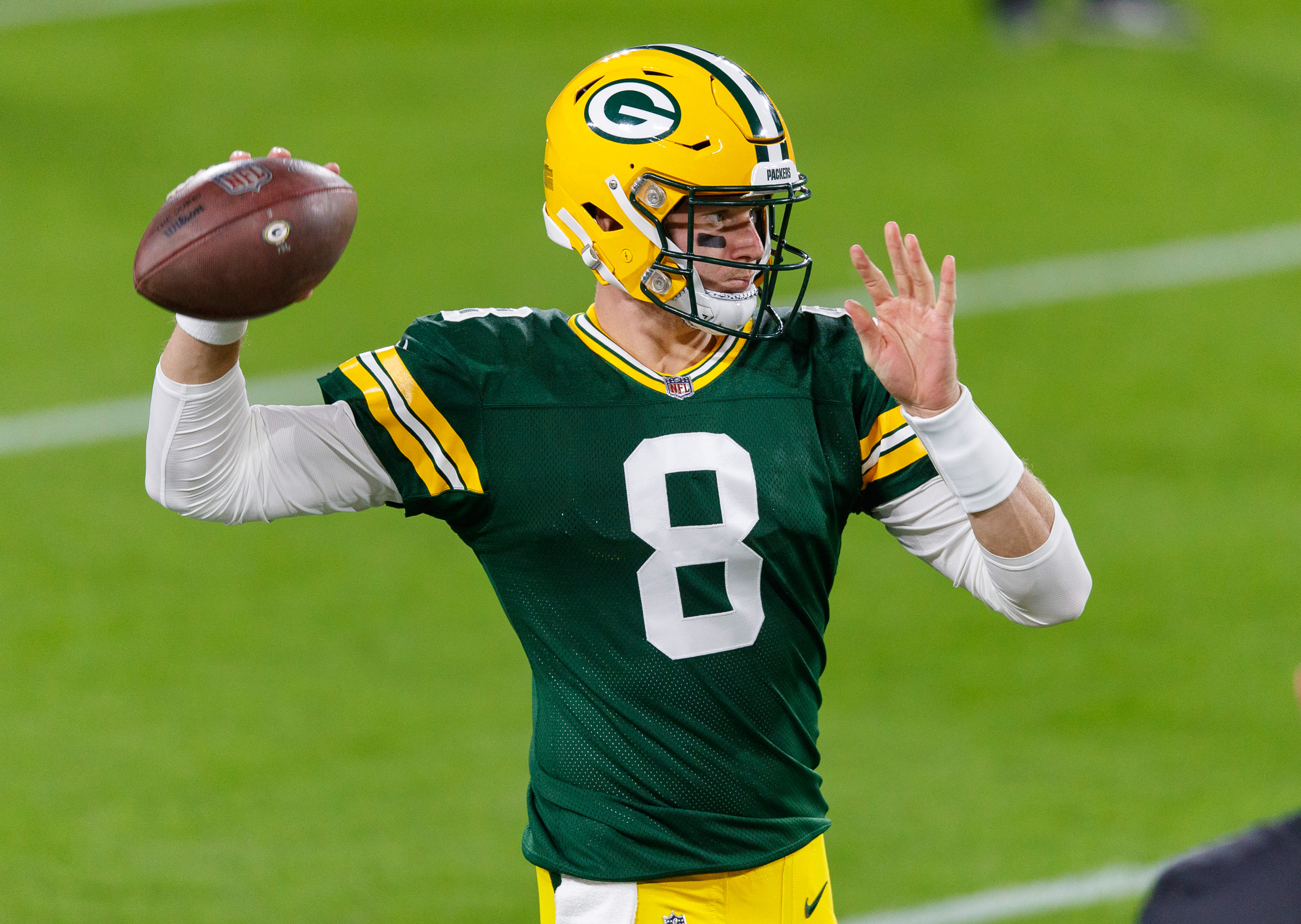 The Green Bay Packers have a tough decision ahead on backup quarterback Tim Boyle. The 26-year-old Eastern Kentucky alum has served as Aaron Rodgers’ backup for the past two seasons. But with Rodgers coming off an MVP season and Jordan Love obviously being touted as the team’s quarterback of the future, will the Packers bring Boyle back considering their salary cap crunch?

Boyle has shown improvement in each of his first two seasons in Green Bay. The Packers rarely needed Boyle to play quarterback in 2020 as Rodgers stayed healthy and started all 16 regular season games and both playoff contests.

In 2020, Boyle did appear in eight games but did not throw a pass. He was sacked once when trying to pass late in the Packers Week 6 loss to the Buccaneers but his primary function was to kneel on the ball when the Packers were in “victory formation” late in blowout games. Boyle ran the ball 13 times for minus-nine yards in 2020.

But it was Boyle’s improved play in training camp and in practice this year that impressed the coaching staff. He was able to hold off Love and retain the second string quarterback job this past season. The fact that there were no preseason games and in-person OTAs certainly helped Boyle since Love did not have a chance to get as much work in to prepare for the season.

During training camp, GM Brian Gutekunst spoke to reporters about his confidence in Boyle. “I think Tim’s done an outstanding job,” Gutekunst said. “He’s continued to grow. He’s had a really, really good start. I think we expected that. Tim’s got a lot of talent. I think, again, his future is really bright here. We’re excited about him. He’s taken every opportunity he’s had so far this year and really grown from where he was last year — and I thought last year was pretty good. He’s proven himself day-in and day-out. Glad we have him.”

Boyle is a restricted free agent this year. That means the Packers will likely have to spend a little more than $2 million to re-sign him for 2021. With the team currently over the projected salary cap floor for next season by more than $10 million and Love being the obvious long-term candidate to succeed Rodgers when his time in Green Bay is over, the question is whether the Packers will spend the money to retain Boyle or allow Love to serve as Rodgers backup next season.

The key to Boyle’s short-term future is how ready Love is to assume the backup role. Prior to the 2020 draft, most scouts believed Love has the potential to be a franchise quarterback with the proper coaching and in the right set of circumstances but he would require a few years to mature and develop. So, the question becomes is Love ready to be the primary backup in 2021? If the Packers think Love is ready, they could save roughly $2 million in cap space by not bringing back Boyle.

There is another option. The Pack could sign Boyle, see how he performs in the preseason and then look to deal him for a draft pick if his play generates any interest from other teams. This would also give the Packers time to audition both Boyle and Love during the preseason when Rodgers is unlikely to play much if at all. In addition, if Rodgers does get hurt in training camp, the Packers would still have Boyle available as insurance. Of course, that means the Packers would have to pay Boyle and have his contract count against the salary cap.

It is also possible that Boyle may want to go elsewhere in 2021, perhaps to a team with a more unsettled quarterback situation that may give him a chance to see more playing time. As a free agent, Boyle may also be able to earn more money if he signs with another team. He could also decide he knows the Packers roster and offensive system and wants to remain in Green Bay. Both Boyle and Gutekunst have decisions to make in the coming weeks.

Backup quarterbacks are tough to assess in the modern NFL. Boyle has clearly made progress since he joined the Packers a few years ago. The Packers now need to decide how good Boyle is, what his ultimate potential is and whether they want to bring him back for one more year as Rodgers’ backup before Love is ready to assume that job.

The Floor Seat 52m ago