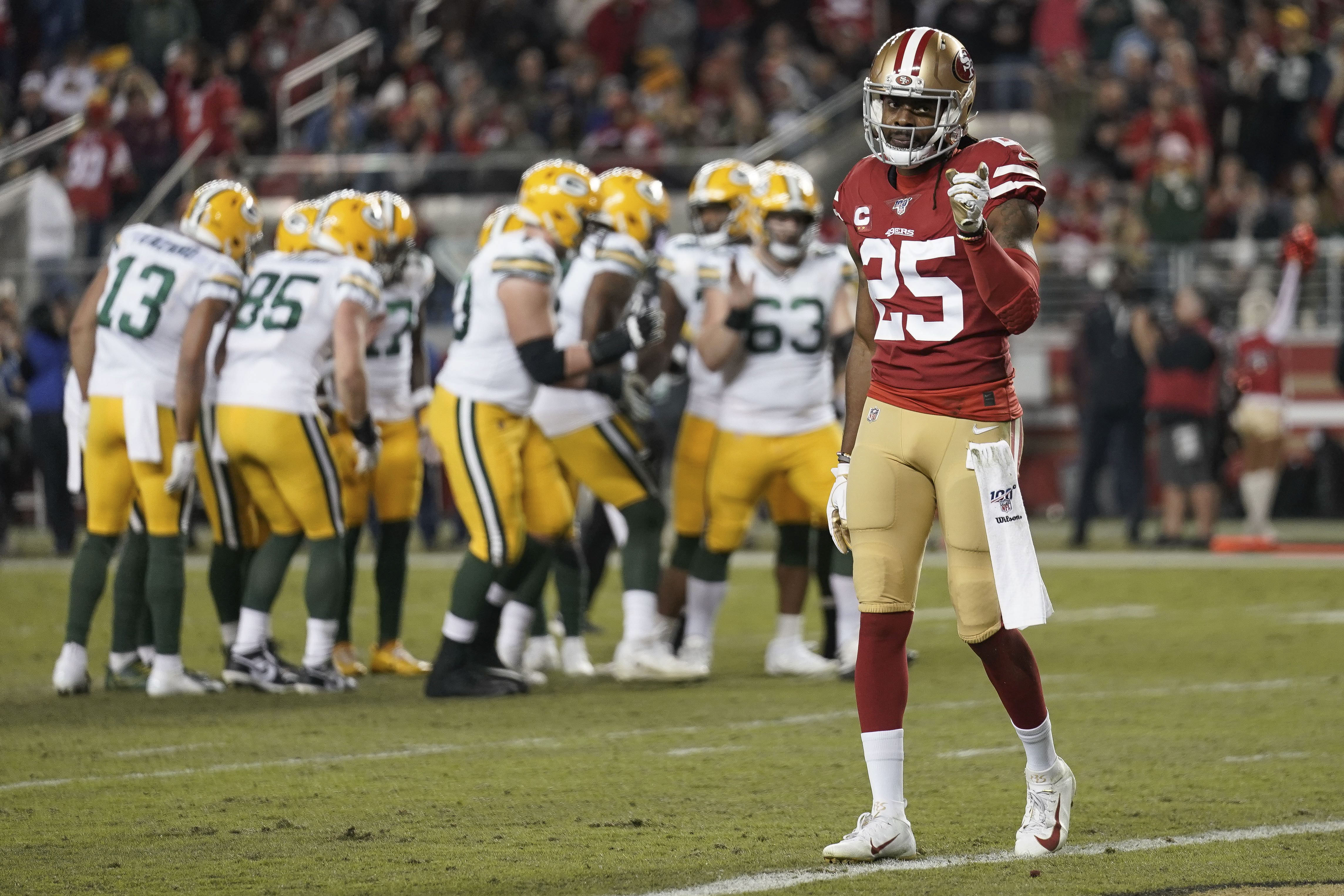 There has been a lot of talk about the Green Bay Packers adding an important free agent on defense to help the team reach and possibly win the Super Bowl next season.  While most of the talk has centered on adding Wisconsin native J.J. Watt, the Packers may be better off going with cornerback Richard Sherman.

The Packers have a big need for a starting cornerback with the expected departure of starting cornerback Kevin King and that may be the case even if they add one in the first round of this year’s draft. Rookie corners often struggle and for a team that is expected to be a true contender in the NFC this season, they probably cannot afford to have a rookie learn on the job.

Here are three seasons why Richard Sherman would be a good fit for the Packers in 2021:

The Packers have hired Joe Barry to be their new defensive coordinator. Barry is expected to run a variation of the Vic Fangio defense in Green Bay which generally uses several different zone coverages with the exception for one player who usually is responsible for the opposing team’s best receiver in man-to-man.

The top cover corner role will go to Jaire Alexander who is one of the best in the game at man coverage. But the corner opposite Alexander will have to excel in zone coverage. Sherman more than fits the bill.

The former Stanford star has never been overly reliant on speed and has always done his best work in zone coverage.

At 6’3”, Sherman has the size and length to replace King. In fact, he would be an upgrade over King as far as his ability to cover. He’s also more consistent than King who made some big plays when he was healthy but also gave up too many big gains when he struggled.

Sure, Sherman is not the same player he was in his prime, but he has made the Pro Bowl as recently as 2019 and his intelligence and savvy allow him to get great position and he anticipates plays well.

In 2020, Sherman still ranked in the top third in the league among corners according to Pro Football Focus. He is not afraid to tackle receivers and even graded out well against the run.

There is little doubt that the addition of Sherman would give the Packers a great one-two punch at cornerback and opposing quarterbacks would have a tough time figuring out who to throw to with those two corners on either side of the defense.

Richard Sherman is more than a highly-regraded cornerback, he is also a leader on the field and in the locker room because of his intelligence, experience and solid play on the field.

His teams have been to the playoffs six times during his career and they’ve reached the Super Bowl three times, twice with Seattle and once with San Francisco.

His teammates all look up to Sherman and appreciate his leadership. 49ers tight end George Kittle had this to say about Sherman prior to the team’s appearance in Super Bowl LIV. “He talks to guys all the time,” Kittle said. “It could just be from walking from the locker room to the cafeteria. He’s giving tips. ‘Hey, we are going to have this in practice. You need to do this.’ He talks the entire day. He does a great job of that.”

If you add the leadership of Sherman to the locker room with Za’Darius Smith, David Bakhtiari, Aaron Rodgers and possibly a returning Marcedes Lewis you have a team that is filled with veteran leadership that has a lot of experience and will garner a lot of respect in the locker room.

The addition of Za’Darius Smith made a big difference to the defense when he was acquired two years ago. Sherman can make a similar impact.

It is no secret that the Packers are up against the salary cap as are a lot of NFL teams because of the recent pandemic. If the Packers add Sherman instead of Watt, they can probably get a high quality player for a few dollars less.

Sherman only played five games last season because of a calf injury and that may slightly lower his asking price as well.

Sherman has indicated he wants to play for a team that will give him a chance to return to the Super Bowl. The Packers certainly fit that bill. The Green Bay defense would immediately have a deeper secondary with two outstanding cornerbacks and two strong safeties and that’s before they add any additional talent in the draft.