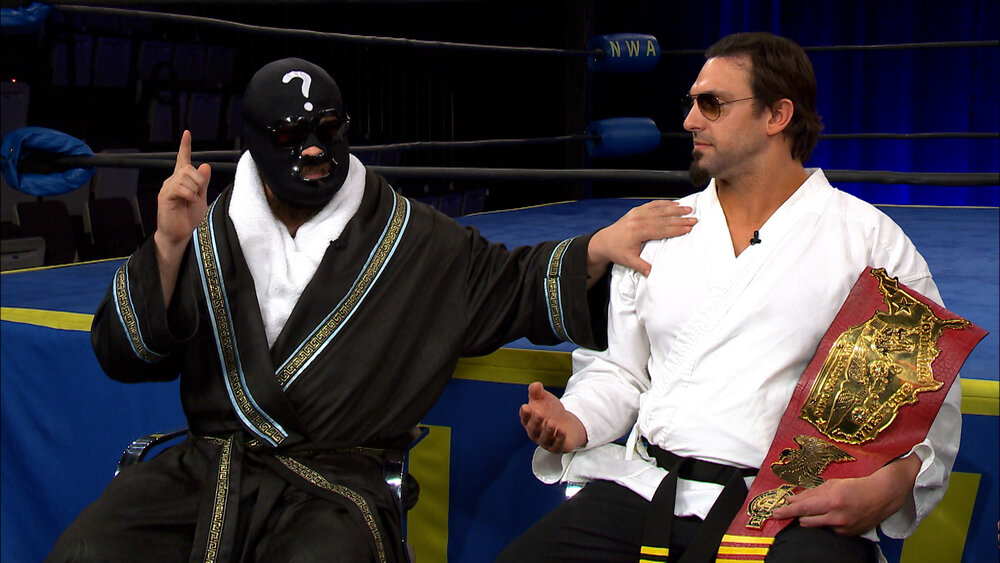 A sad week for pro wrestling as another star is gone. Joseph Hudson better known to NWA fans as the popular star on NWA Powerr, The Question Mark and Jocephus has passed away.

On NWA.com, Billy Corgan, NWA President, made the following statement concerning the passing of Hudson:

It’s with a heavy heart that I share that my friend and brother in wrestling, Joseph Hudson, has passed away suddenly from an as-yet undiagnosed medical issue. NWA fans would know him as Jocephus as well as The Question Mark, where thanks to the great fans at GPB Studios in Atlanta, Joseph was able to receive the kind of support in the ring he’d always dreamt of. He is survived by a young son whom he loved dearly, and if anything would pain him about leaving this Earth, it would be not being able to be there for his boy. RIP Joseph, love to you, and Godspeed.

Numerous stars from NWA Powerr paid their respects to Hudson on social media including the man that has been his partner on the show, Aaron Stevens.

The world is a better place because you were in it. Life is kind of like wrestling. It’s the “moments” that count. We shared them in and out of the ring. I love you brother. 🥋❓🤘🏼💔 pic.twitter.com/6HxrkS4BVf

Wade Barrett, who is currently a color commentator for NXT, did color commentary for NWA Powerr when the show would be on every week before the pandemic shut it down. He showed his love for Joseph Hudson as well by responding to Aaron’s tribute to his fallen friend.

You two were a brilliant duo. Incredibly sad – he was a great guy & performer. RIP Joseph.

We send our condolences to the family and friends of Joseph Hudson who have been affected by his shocking passing. Thank you for the memories that you have provided all of us on NWA Powerr as Jocephus and his most popular persona, The Question Mark.