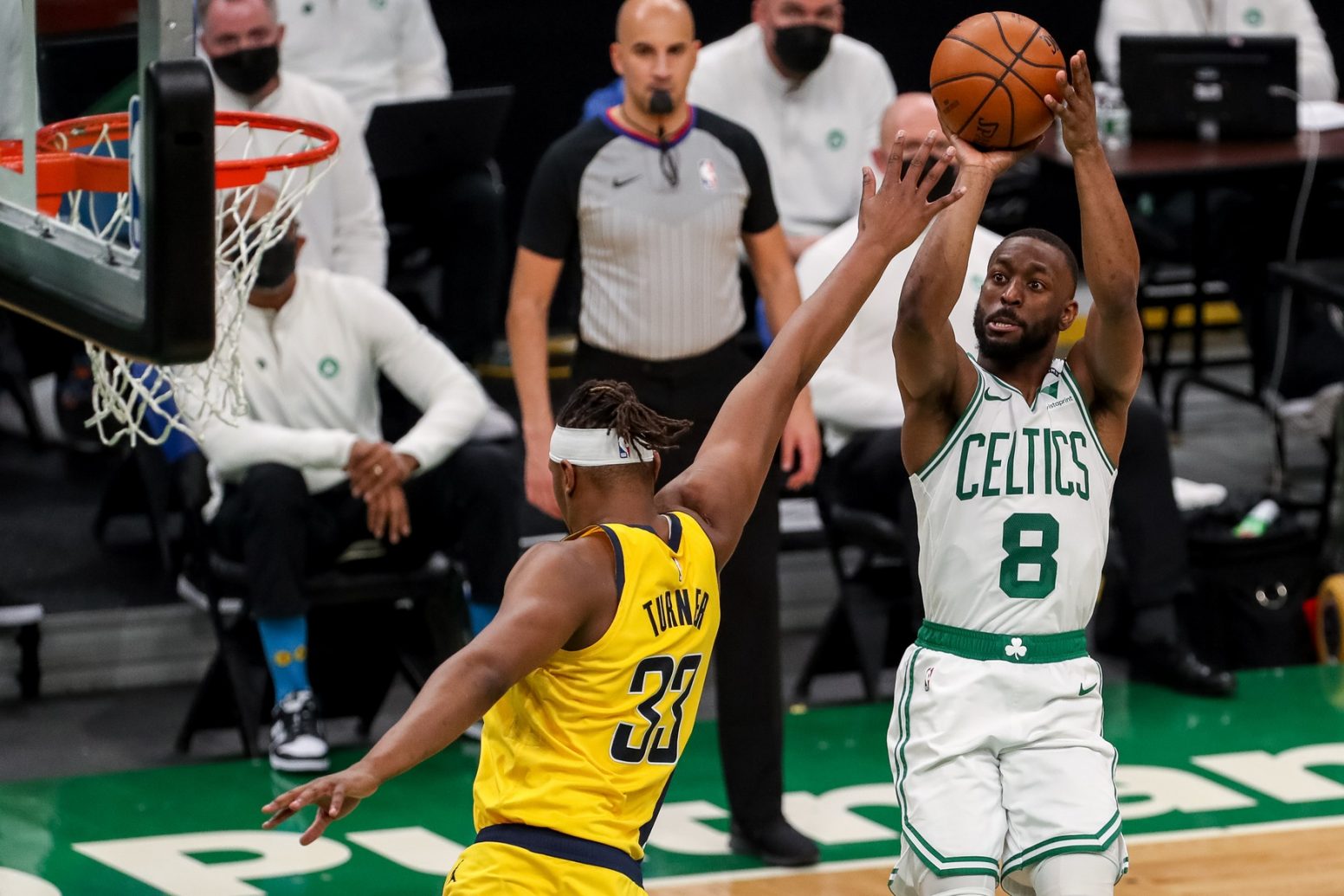 The Celtics ain’t out of the woods yet, but they prevented further decline with a pretty solid 118-112 win against a good Pacers team.

Boston started this game falling behind Indiana 18-4, looking like fans’ worst nightmare-vision version of their struggling selves before the game’s first, merciful timeout. Then, Kemba Walker floor-generaled (and accounted for most of the points of) a 15-2 Celtics counterpunch, and they fought their way back to one of the first quarter-ending leads they’ve had in at least a week. Henceforth the game was mostly evenly matched—unstoppable force vs. immovable object-type stuff. No surprise the Celtics had an almost-identical 1-point lead at the half, even with the Jays having some scoring issues. (Brown would end up with 15-7-5; Tatum was a bit more underwhelming with 9-9-4 plus a block.)

While things stayed close in the second half, Boston had confidence in the game plan and their lead built from “razor’s edge” to “respectable” in Q3, particularly thanks to Walker, who ended the night with a season-high 32 alongside 3 boards, 6 dimes and a steal. Indiana built some confidence back when Boston slacked late in Q3, but Tatum got a bit more in gear and the bench contributed immense energy to maintain the Cs advantage. (Particularly Rob Williams, who had a season-high 14-11-4-1-3! Even Jeff Teague was on point tonight.) Then Q4 happened, and all our old enemies (dumb fouls, turnovers, defensive confusion, uneven execution) showed up again…albeit only briefly. Yeesh. Now exhale.

Highlights, commentary, jokes and so on below:

First ever battle won in the War on Theis.

He got flagrant-foul free throws and everything!

Kemba getting it going 👌 pic.twitter.com/6cVlrML8db

A lob for Rob

Tatum didn’t score much in the first half but still had his moments:

Tatum with the no-look pass 👀

Even the Celtics' bench energy has been better tonight. Carsen Edwards vibing while Grant and Tacko drum during one of the quarter breaks 😂 pic.twitter.com/To5rVb2yge

When the starters lagged a bit:

Time for the PP Rob minutes

At last some Tatum bucketry:

JT knocks it down 🏀 pic.twitter.com/QeSczdnABG