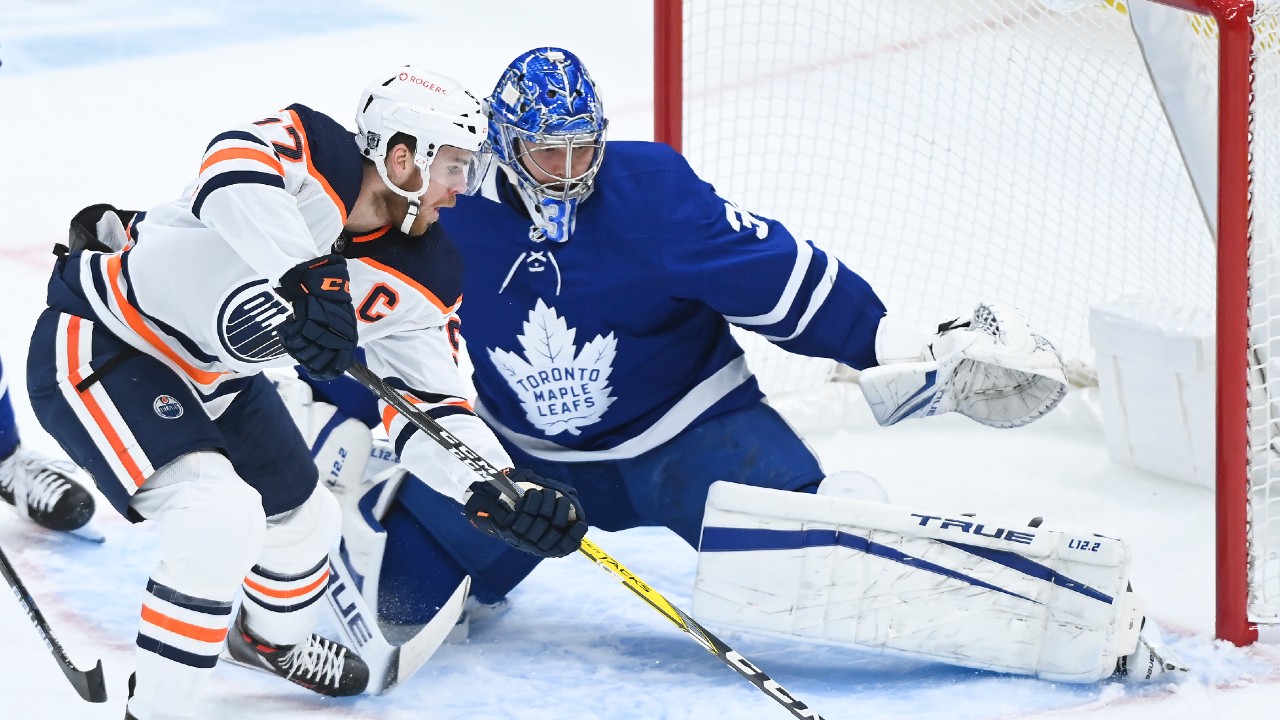 The Edmonton Oilers are hot right now. Thanks to defeating the Vancouver Canucks by a final score of 3-0 on Thursday night, the Oilers have now won five straight games and 11 of their last 13 overall. The hot stretch has Edmonton within striking distance of first place in the North Division.

Tonight, they meet the team in first place, the Toronto Maple Leafs. It’s the fifth of nine meetings between the teams this season, and opens a crucial three-game set. These will be the final three meetings of the season in Edmonton, with the final two games set for March 27th and 29th in Ontario. For the Oilers, this kicks off a seven-game homestand.

Jack Campbell gets the nod for the Maple Leafs, while Mike Smith gets the start for the Oilers.

Edmonton: Attention to detail on defense. Yes, the Maple Leafs will be without star Auston Matthews, but this is still a lineup that is loaded with talent and can beat you on any given night. Oh, and they already beat you without Matthews earlier this season. The Oilers need to be prepared for a tight-checking, mentally tough hockey game. Stay on top of things defensively and they should be fine.

Toronto: Attack the blueline with possession. The Maple Leafs have an extremely talented offensive group that can completely control games when they are on. While the Oilers are playing well, their defense is still the weak spot on the roster. If Toronto can attack with speed and gain the zone with possession, they should be able to create ample chances against the Oilers and control this hockey game.

Edmonton: Connor McDavid says it doesn’t matter. He says he just wants to win games and focus on his team. Deep down, do we really believe that? Does anyone think that McDavid isn’t motivated by talk of not being the best player in the league? Sure, Matthews is out tonight, but against the Maple Leafs on the National stage? You best believe McDavid is going to make something happen.

Toronto: John Tavares was the hero the last time the Oilers and Maple Leafs played and Matthews wasn’t available. Tonight, Tavares again will be tasked with filling in for the Maple Leafs’ most dangerous player. The good news for Tavares? He’s a damn good player in his own right. He’ll have an impact on this game tonight.

The Oilers skated on Friday at Rogers Place, and had both James Neal and Kyle Turris on the ice. Assistant Coach Glen Gulutzan, who spoke on Friday, didn’t go into detail regarding the lineup. The Oilers are expected to keep the same group that won on Thursday, which means eleven forwards and seven defensemen.

In that case, Kyle Turris, James Neal and Patrick Russell will be scratched, while William Lagesson remains on IR.

The biggest subtraction from the lineup tonight for the Maple Leafs is Matthews, who is dealing with a wrist injury. Frederik Anderson (lower body) is day-to-day and won’t dress tonight. Wayne Simmonds (fractured wrist) is currently on the IR. Jake Muzzin and Joe Thornton will both return to the lineup.

“As coaches, we saw this last series against Vancouver as a chance to get some separation and we see this next series against Toronto as a series for first place,” Glen Gulutzan said on Friday after practice. “I don’t think it would matter who was in that spot. We know we’re only four points behind. That’s how we’re looking at it.”

McDavid has certainly enjoyed this head-to-head matchup this season. The captain has seven points (3 g, 4 a) in the four-game season series. His most recent point, an assist, pushed the Oilers to a key 4-3 victory at the end of January in the last meeting. Leon Draisaitl has six points (4 g, 2 a) in the series so far.

The Oilers are dominant when getting the lead this season, making the first goal tonight of vital importance. Edmonton is 10-2-0 when holding a lead after the first period and 11-1-0 when leading after forty minutes this season. In one goal games? The Oilers are 6-2-0.