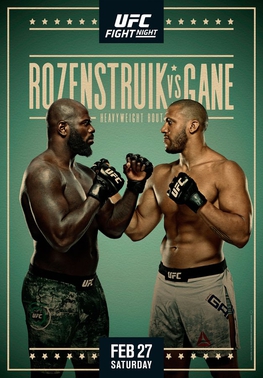 Watch live sports and ESPN originals on ESPN+ for only $4.99 a month. Start your 7-day free trial today!

The odds came out on this fight even a little wider largely due to what the bookmakers were expecting the public to think. One fighter is 0-1 with a 30-27 unanimous decision loss. The other fighter impressed Dana White immensely on Contender Series and comes in with a fair amount of hype.

However, if you watch each of those contests, you’ll see the path to victory for Cachero. In his bout with Jamall Emmers, which he took on short notice, he was able to back Emmers up more than once and landed pretty cleanly. His takedown defense only really suffered when he got too aggressive and even then, his work for underhooks in the clinch stopped what could have been another half dozen takedowns.

Lawrence you could say the opposite of. Despite having a clear-cut victory last time out, his takedowns took second, third, and sometimes fourth efforts to get Jose Johnson down. The work he did in the clinch left a bit to be desired and his top game on Johnson was tentative at first as well.

Ultimately, Cachero facing a better opponent in a worse situation, let the line open where it did. However, I think there is a lot of reasons to like him with an upset this weekend.