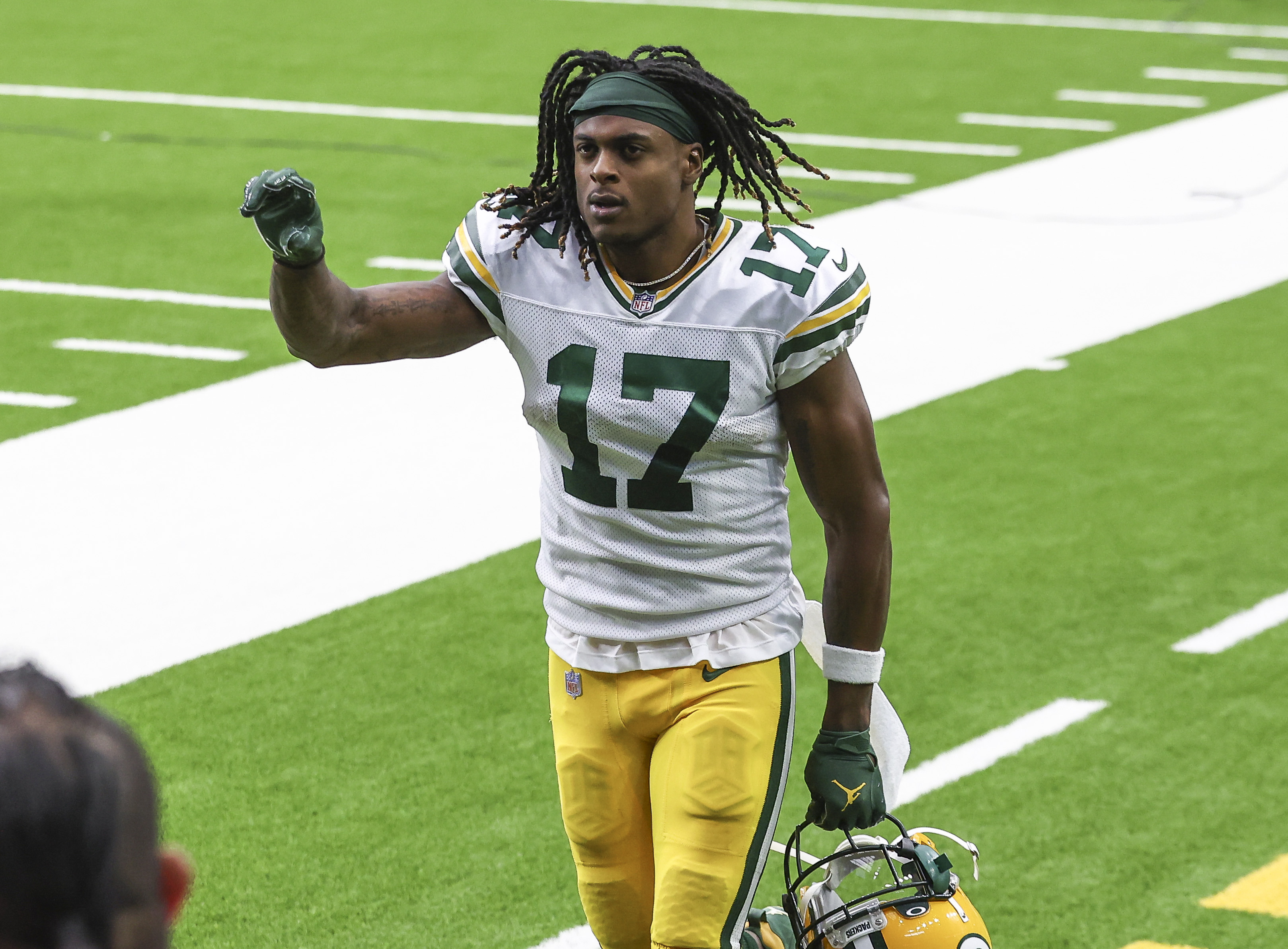 It is no secret that the Green Bay Packers are over the salary cap right now and that they need to take some more steps to shed salary before the start of the new league year in mid-March.

The Packers have already restructured the contract of All Pro left tackle David Bakhtiari and released linebacker Christian Kirksey and offensive tackle Rick Wagner. Still, Green Bay needs to clear at least $10 million in salary for 2021 and even more if they want to sign a key free agent like J.J. Watt or Richard Sherman.

One great way the Packers could clear up some cap space is to sign Pro Bowl wide receiver Davante Adams to a contract extension. As of now, Adams is expected to have a cap hit of approximately $16.7 million for 2021 which is the last year of his current contract. He is scheduled to be an unrestricted free agent next year at this time if the Packers don’t ink him to a new deal.

But the Packers can lower Adams’ cap hit by signing the former Fresno State star to a contract extension and spreading the cap hit of the signing bonus out over the life contract.

Instead of a $16.7 million cap hit, the number can be reduced to $10 million or less depending on how the contract is structured and how much of the overall compensation is listed as a signing bonus.

A large signing bonus will make Adams happy because he will see his money up front. Even if he gets injured or his play falls off, the signing bonus money is his as soon as he signs the deal. That is the closest to guaranteed money that most NFL contracts get.

Critics may point to the fact that Adams will turn 30 late in the 2022 season and that he will give the team diminishing returns over the course of his new deal. But the fact is that speed has never been the biggest reason for Adams’ success. Adams relies more on his ability to run precise routes and to disguise them off the snap of the ball so that he gains an advantage on the defender within a few steps after the play started. He also has great hands and an uncanny chemistry with his quarterback.

These are the kinds of skills that don’t diminish rapidly as a receiver passes 30. A receiver who relies on speed may no longer have the extra gear to get separation from corners but a receiver like Adams who relies on smarts, skill and savvy will have a longer amount of time to play at a high level.

Extending Adams will also make Aaron Rodgers happy as well. The Packers franchise quarterback will know that his favorite and most reliable receiver will be locked up for the rest of the time Rodgers expects to be in Green Bay. Losing Adams after the 2021 season would be a big blow for Rodgers and for the Packers as well as right now, as Adams is presently one of the best if not the best wide receiver in the NFL today.

Adams is also a class act. So many wide receivers in the NFL have reputations of being me-first players or prima donnas but Adams is the exact opposite of this. He has a strong work ethic and is dedicated to the concept of the team as well as being the best player he can be.

Rodgers had this to say about Adams on the Pat McAfee show this past November. “You’re talking about a highly competitive, highly talented guy, with a strong ego and a desire to be great, who has never been an issue in the locker room, bitching about balls, targets, never. He’s a dream to play with. You’re talking about an elite talent who can also be a leader and one of your best guys on the team as far as people. That’s kind of unheard of in this league. I’m just thankful to have him.”

Another reason to extend Adams now is that the cap is stagnant this season and most NFL teams are struggling to get under the cap as it falls because of the lost revenue from the pandemic. Next season, the cap is expected to rise significantly because the NFL is likely to sign new media deals for television and streaming services. If the cap goes up, Adams will expect more money and other teams will have the cap space and wherewithal to try to sign the Packers star receiver to a lucrative new deal. If the Packers strike now, they will be the only team who can sign Adams and they can probably sign him for a little bit less than if they wait until after the 2021 campaign.

Extending Adams will be one way for the Packers to show Rodgers that they are committed to both keeping his top weapon on the team and building a strong team around him. If the Packers make this move and use the cap space that is freed up by it to add another talented player to strengthen the roster either on offense or defense so that Rodgers has a chance to win another Super Bowl before his window closes.

The Packers have a lot of challenges this offseason. But if they can sign Adams to an extension now, they can help the football team improve both in the short term and long term. It is a move that GM Brian Gutekunst should consider immediately.