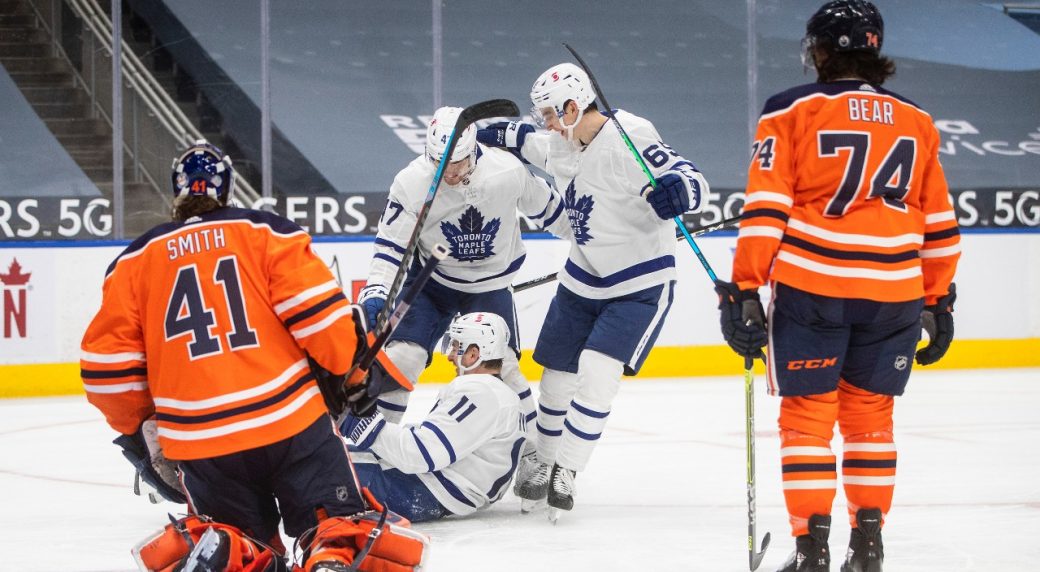 The Edmonton Oilers five-game winning streak came crashing down on Saturday night in the first of seven straight home games. Jack Campbell pitched a shutout, while the Toronto Maple Leafs capitalized on numerous mistakes by the Oilers to claim a 4-0 victory. The loss isn’t the end of the world for the Oilers, they’ve been strong lately, but it is a wakeup call.

Consider the message received. If the Oilers want to keep winning hockey games, and eventually make the playoffs, they’ll need to take care of business when it comes to battles within the game. That’s understood by the team’s coach and core players.

“They just won the battles,” said Leon Draisaitl, who played a surprisingly low 17:19 and had just three shots on goal. “There were a lot of little battles along the walls and around the boards and we couldn’t really come up with the pucks. It’s something that we’ll need to improve on.”

Overall, Edmonton’s game wasn’t bad on Saturday night. They created chances, but couldn’t solve Campbell. They had the transition game going, but couldn’t complete sequences and turned the puck over too many times. The puck was bouncing all night, and nothing ever seemed settled.

Combine that with a shaky performance from Mike Smith, who has been outstanding so far, and a loss was almost certain.

It was a bad night for the home team, and they know it.

“We got beat,” Head Coach Dave Tippett told reporters after the team’s first loss in nearly two weeks. “They played a strong game and we weren’t sharp enough to win. We had some looks, but ultimately we were chasing the game most of the game.”

The Oilers will get a chance at revenge tomorrow night when they host the Maple Leafs in the second of three straight meetings.