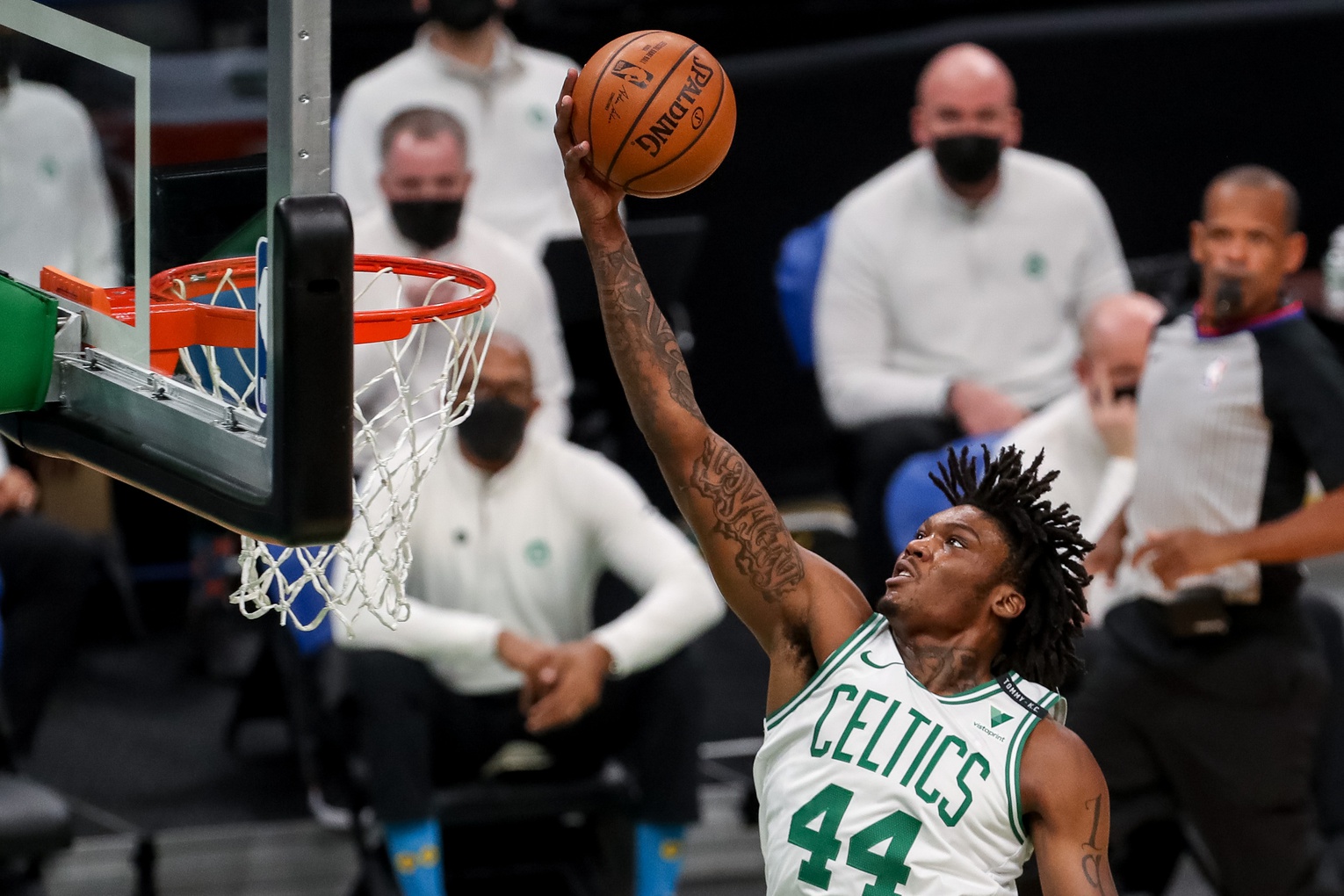 Early in the fourth quarter of the Celtics’ 118-112 win over the Pacers on Friday night, center Robert Williams missed a short shot in the paint. There were three Indiana players between him and the basket, and it would have been easy to cede, get back on defense, and try again next time.

But Williams crashed toward the basket, rose above everyone else, grabbed the missed shot, and put it in, helping to extend Boston’s lead to 8 points before it went on to grab a much-needed victory.

Williams finished with 14 points, 11 rebounds, and 3 blocked shots in just 22 minutes, as he continues to emerge as an essential part of Boston’s present and future.

“Robert gave us certainly what he’s capable of giving,” coach Brad Stevens said afterward. “We don’t need that scoring every single night, but we need the way that they played every night.”

Williams missed most of last season because of a hip bone edema and he has experienced some lingering pain this season, so Stevens said the team will continue to monitor and limit his minutes. But he has been called upon in critical junctures, and that is not lost on him.

Williams is certainly trending in the right direction and his stats back up the eye test.

Rob is averaging 8 points, 6 rebounds, and 2 blocks in 17 minutes over his last ten games.

It’s still frustrating to see Rob on the court for less than 20 minutes a night. And it’s downright criminal for him to play less than 15 minutes (which he did on back-to-back nights last week vs Atlanta and Dallas.

We’ve heard Brad talk about the challenges of finding minutes for Williams, Tristan Thompson, and Daniel Theis. And Rob’s lingering hip pain is also a factor.

I’m not paid to solve those rotational problems, but I’m here to say the development of Rob Williams is critical. At the very least, TimeLord should be playing as much as Thompson.

On Page 2, the Wizards are playing at a high level.

In fact, the way the Wizards have won their games lately, and they are now winners of seven of their last eight, has been embodied by those moments. They aren’t winning pretty, by raining threes or throwing down acrobatic dunks. The Wizards are winning ugly with defense, by taking charges and wanting it more than their opponents…

The Wizards have come a long way since the early days of this season when Beal and Westbrook would lament the team’s defensive effort-level after ugly losses. Now defensive intensity is part of their DNA. In their last nine games, the Wizards have the fourth-ranked defense in the league. In their previous 21 games this season, they ranked 29th out of 30 teams.

Two weeks ago, we thought the Celtics 104-91 loss to Washington was the low point of their winter funk. Boy, were we wrong.

While the Celtics continue to flounder, the Wizards have elevated their play. They now sit a mere 2 games behind Boston in the clusterf-ck of standings in the East.

Seven teams separated by a single game from 4th to 10th.

The Celtics, who were 9th yesterday, could be tied for 4th at this time tomorrow. pic.twitter.com/o2oIupafBq

One side note about today’s game vs Washington, Jaylen Brown is questionable with knee soreness. Sigh.