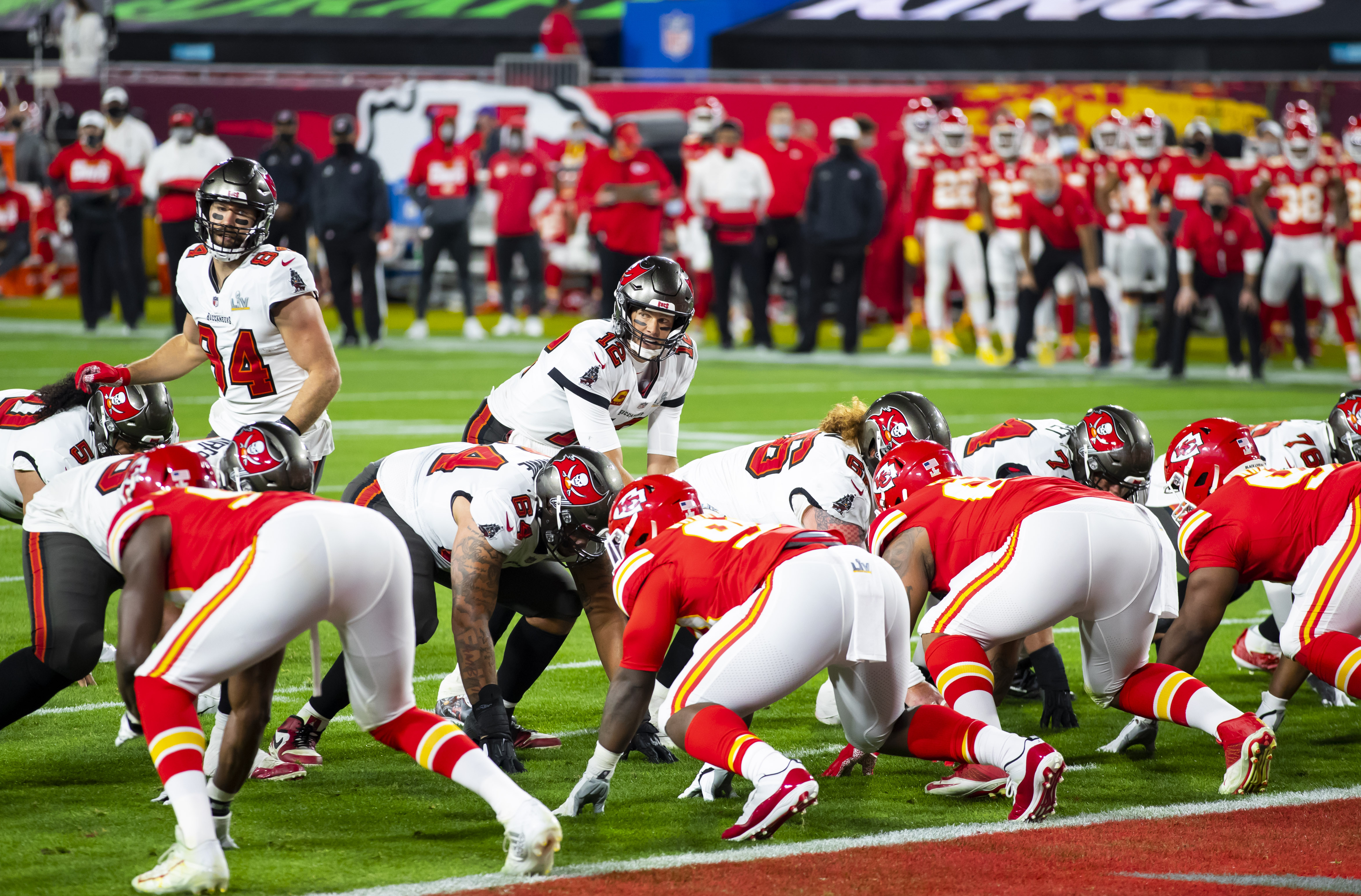 The dust of the 2021 Super Bowl may have only just begun to settle, but the teams across the NFL are already preparing for the start of next season, especially Super Bowl LV’s runner-up the Kansas City Chiefs. While the season may officially begin in September, training, teams, and the coaching strategy should already be in place to give each team the best chance possible. Given their shortcomings in the Super Bowl, where do the KC Chiefs need to improve going forwards to ensure a victory in the next one?

In American football, you can ask what went wrong for the losing team as much as you can analyse what went right for the victors. But it’s the job of the Kansas City Chiefs to look at what strengths took them to the final and what limitations rendered them unable to snatch the Vince Lombardi Trophy. The weakness of the offensive line is largely credited with the failure to secure what could have been the team’s third Super Bowl victory.

Who Should They Pick?

There is much speculation as to who the KC Chiefs may use their first pick on – when they make their selection 31st out of 32 teams. They are expected to gain extra picks for the loss of Kendall Fuller and Emmanuel Ogbah. Official picks stand at six, while fans unofficially speculate that they will have eight choices. Their choices may depend on how several of their injured players recover ready for the 2021 season.

However, despite any misgivings and shortcomings that fans and rival teams may level at the Chiefs, they are still faring well with the bookmakers. The respect the Chiefs experience from the bookmakers – and the fact they are favourites for next season – shows that they are in a prime position to reflect and improve. Unsurprisingly, they are nearly always favourites for matches as well, and as the Funbet live betting shows, fans can take advantage of their uncanny ability to produce comebacks against seemingly insurmountable odds due to their high-powered offence.

Are they the best two QBs in the NFL? pic.twitter.com/F8EVECz7UR

Pundits suggest that one of the major issues with the Chiefs play at the Super Bowl LV was their offensive line. Both starting tackles were missing. Mitchell Schwartz’s back injury forced him to play only six games of the season – and had fans speculating that he may retire. January 2021 saw Eric Fisher injure his Achilles tendon against the Buffalo Bills, which removed him from play for the Super Bowl itself. The predicament left the Chiefs weak on offense, which some argue led to their defeat.

However, don’t count them out just yet. Schwartz shared in February 2021 that he had undergone surgery on his back and expected to return to play for the 2021 season. Some believed that he may be released, which would free up over $6 million to flesh out their starting line. However, others suggested that Fisher’s injury too means the team are down two key positions – which are harder to fill simultaneously.

As a result of the weak offensive line, chief quarterback Patrick Mahomes suffered. Many suggested that it was the worst game he played in his career. Refusing to blame his teammates, Mahomes suggested that the Tampa Bay Buccaneers had a good game plan. But a loss like this is unlikely to shake Mahomes for long. In fact, some argue it could be a humbling experience that propels him to greatness.

Excitingly for the Kansas City Chiefs, they have many possibilities going forwards. Bouncing back from injury and recovering their offensive line will shore up their play for the next season. The track record of previous play – they came 10th in Red Zone defence in 2019 compared to 32nd in 2020 and won Super Bowl LIV due to their offense – and the opportunities in front of them mean that the Chiefs simply need to regroup, consider how to beef up their lines in the trenches, and reflect on their previous strengths.