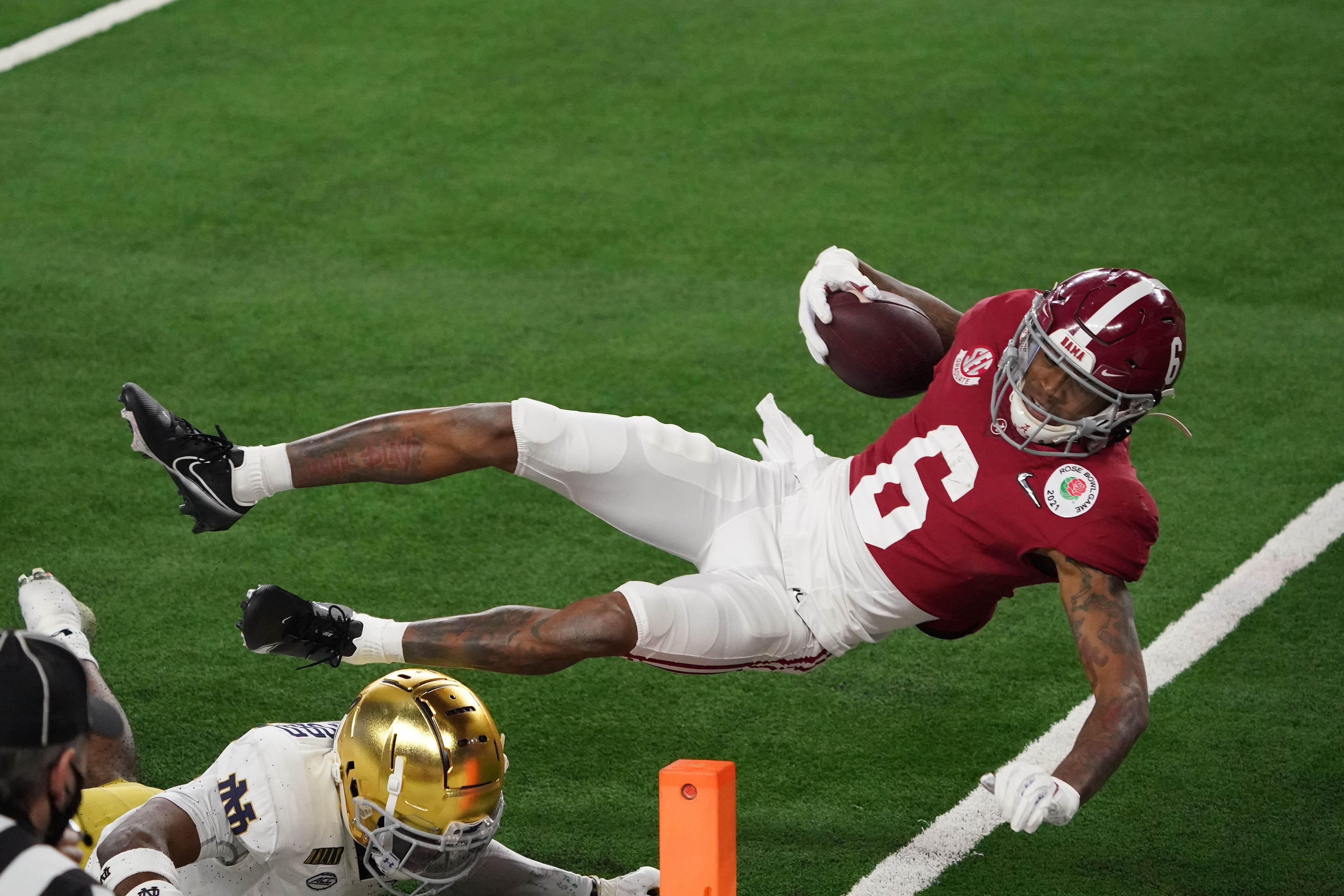 No Combine… The NFL Scouting Combine’s altered format for this year due to the COVID-19 pandemic has shifted the spotlight onto the 2021 pro day circuit, where NFL decision-makers will have the opportunity to see the top draft prospects perform on-field drills and learn their official measurements. Teams are limited to a maximum of three representatives at any pro day this year.

So between now and April 9, you will have limited access to about 130 individual college and regional campus audition sites.  For example, the Penn State scouting event is scheduled for March 25.  Temple’s big day is March 16th.

For regular fans like you or EYE, this new pro-day format just makes it more difficult to compare data on the prospects, and to shape our eventual MACH-10 Draft Challenge selections.

We must make do, I suppose.  But the biggest drawback to getting any kind of fan consensus regarding whom the Eagles should target is that nearly all of us are now sold on our first impressions based solely on college tape.

The Eagles now have 8 picks total in 2021, not counting compensatory picks expected to be announced.

But there is not one consensus majority opinion yet on whom the Birds should pick at #6 overall… or even if they will exercise that pick based upon trade possibilities.

So far, if you count up the top 25 media biases based on audience ratings (including our own ~BROZ), you get a wide array of positions and names at #6 overall, which we will not get to see perform at the Combine:

I’ve never seen such a difference of opinion on first-round positional picks, and, even wilder, the picks are all on offense!

And worse, there is no Combine to help confirm or deny the wild array of these picks!

To make it even more interesting, now Alabama QB Mac Jones is reportedly on the Eagles’ fan wish list at #6… the previous consensus was Jones’ being coveted by the L.A. Chargers or the Chicago Bears at #12 or #13 overall (with some trading involved). For some reason, Mac Jones’ stock is going up— and his Alabama Pro Day will be the only glimpse most of us can hope to get of him.

So expect a lot of crazy (more than usual) heading into Draft Day on April 29 in Cleveland.  Surprises will abound.

Future Pro Hall of Famer Peyton Manning told The Post and Courier’s Gene Sapakoff that he likes what he has seen out of Lawrence during his time at Clemson.  “He hasn’t plateaued at all from an incredibly successful freshman year,” Manning told Sapakoff. “And it looks like he can play the quarterback position in different ways: he can stay in the pocket, but he’s athletic and can run and move. The more you can do, certainly the better.”  The approval of one of the best quarterbacks to ever play the game should give the Jaguars confidence in selecting Lawrence first overall.

Unless the rumors about the Jets’ listening to offers about quarterback Sam Darnold being traded for at least a second-round draft pick is a smokescreen, the Jets could be looking to get a quarterback. Jets general manager Joe Douglas will probably receive a lot of calls for this pick and could potentially move down, but Fields’ mobility and arm would be too good to pass up.

The Dolphins had the 20th-ranked passing offense last season (233.5 yards per game). Adding Chase to their offense will give Dolphins quarterback Tua Tagovailoa a receiver to grow with as he gains more experience.

Falcons quarterback Matt Ryan is 35 years old, and the team has to start looking for his eventual replacement. With Wilson at quarterback, BYU averaged 10.6 yards per pass attempt, the third-highest average in college football last season. New Falcons head coach Arthur Smith will like Wilson’s deep ball, although it may be best for Wilson to spend a year behind Ryan.

The Bengals were tied for third in sacks allowed last season (48). The Bengals have to protect quarterback Joe Burrow better if they want him to have a long career, and having Sewell protect Burrow’s blindside will help with that objective.

The Eagles are another team that could trade down from their current spot, but will remain at six.  According to Sharp Football Stats, the Indianapolis Colts have used a lot of 11 personnel (three wide receivers, one running back, and one tight end). The Colts used it 69% of their offensive snaps in 2020, 62% of the time in 2019, and 72% in 2018. If Eagles new head coach Nick Sirianni decides to bring that same philosophy to the Eagles, expect to see a lot of this grouping.

Smith, the 2020 Heisman Trophy winner, caught 117 passes for 1,856 yards and 23 touchdowns. Smith does not have the prototypical weight of an NFL wide receiver (175 pounds), Smith can line up outside or play in the slot, and he is a good route runner and is elusive after the catch.

Farley chose to opt-out of the 2020 season. However, Farley gives the Lions a physical, potentially shutdown cornerback.

Panthers owner David Tepper wants to make a splash and bring a franchise quarterback to his team and has reportedly been interested in trading for Houston Texans quarterback Deshaun Watson. The Texans have said they would not trade Watson, so the Falcons will have to take a quarterback in the draft. Lance’s mobility and arm will fit with the Panthers’ offensive scheme.

Parsons heads to the Broncos and tries to be as disruptive as Von Miller was for several seasons.

The Cowboys address their secondary by adding a top-tier cornerback.

Waddle gives the Giants a speed threat to go along with Evan Engram and Sterling Shepard.

Davis gives the Jets some much-needed offensive line help. Tucker is a big, very athletic, and strong guard, something that is needed for the zone running scheme.

So you wanna preview these guys?  Well it’s not gonna happen at a Combine this year.  Check your local Pro Day listings at a college campus near you.  Until then, embrace the crazy speculation in Eagles Nation.