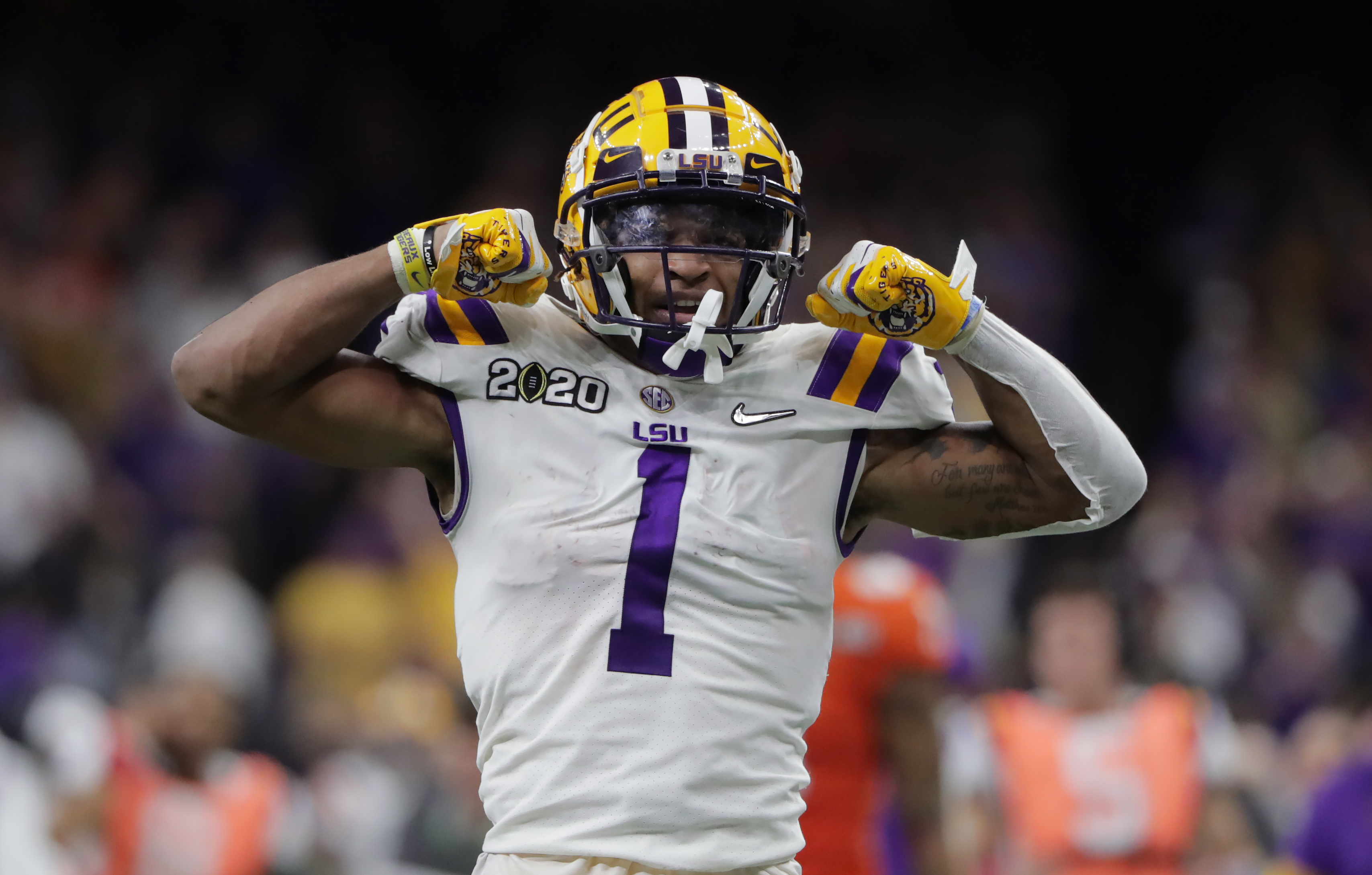 The 2021 NFL Draft is scheduled to take place between April 29-May 1 in Cleveland, Ohio. The Jacksonville Jaguars hold the first overall pick in this year’s draft after finishing the 2020 NFL season with a league-worst record of 1-15.

As for the Philadelphia Eagles, they hold the sixth overall pick in this year’s draft and have a lot of questions surrounding their future. In this first mock draft, we’ll be using Pro Football Networks’s draft simulator to analyze the Eagles’ pick at No. 6 overall and the rest of the first round.

The Jaguars will use the first overall selection to take one of the most touted quarterback prospects in years, in Trevor Lawrence. Lawrence will be paired with new head coach Urban Meyer as they look to usher in a new era in Jacksonville.

Reports are suggesting that the Jets might want to move on from their current starting quarterback Sam Darnold. If the Jets stay put and do not trade down, they will be selecting Darnold’s replacement in Zach Wilson. Last season, Wilson threw for 3692 yards, 33 touchdowns, and three interceptions.

The Dolphins will look to get their young quarterback Tua Tagovailoa a familiar weapon on the offense in reigning Heisman trophy winner DeVonta Smith. Miami needs an upgrade at receiver, and what’s a better way to upgrade the position than to draft Smith, who also played at Alabama with him.

The Falcons are destined to pick Matt Ryan’s replacement in this draft, and that will be Ohio State quarterback Justin Fields. Fields may have to sit for a year if drafted by Atlanta, but he has huge upside with his athleticism and play-making ability.

Cincinnati had one of the worst offensive lines in the NFL in 2020, which led to rookie quarterback Joe Burrow getting hurt. Sewell will fill a desperate need by protecting Burrow’s blindside and elevating the Bengals’ run blocking.

The Eagles are in rebuilding mode after trading Carson Wentz this offseason to the Indianapolis Colts. Jalen Hurts will likely be the starting quarterback in 2021, and getting him another playmaker such as Chase would be beneficial to the Eagles’ offense.

This angle of Ja'Marr Chase's 2nd TD in the National Championship 🎥 pic.twitter.com/I9JE7QTCVG

The 6-foot wideout opted out of the 2020 season but was a key contributor in LSU’s national championship season. Chase put up 1,780 yards receiving and 20 touchdowns in 2019.

The linebacker position was a weak link for the Lions this past season, and Parsons is a dynamic force on the defensive side of the ball. The former Penn State star can make an immediate impact for the Lions in 2021 as they look to rebuild.

The Panthers are bound to take a quarterback in this draft due to the fact that Teddy Bridgewater’s time in Carolina may be shortened. At this point in the draft, Trey Lance would be the top quarterback on the board. The Panthers would be getting an elusive, mobile quarterback who is a two-time FCS champion.

After the release of AJ Bouye, the Broncos may find themselves in a position to take arguably the best cornerback in the draft in Patrick Surtain. He is a lockdown corner with great size and tackling ability. This past season, Surtain was named SEC Defensive Player of the Year, where he had 37 tackles and one interception.

Patrick Surtain with a Interception 🤩 pic.twitter.com/0Ce5JaR74J

It was no secret that the Cowboys struggled defensively in 2020, especially in the secondary.  After missing out on Surtain, Dallas gets the other top corner in this draft, Caleb Farley, out of Virginia Tech. Farley is great in man coverage and has a mix of size and athleticism that makes him a force in the secondary.

Kadarius Toney takes it 66 yards to the 🏡 pic.twitter.com/bmx5x7wLzE