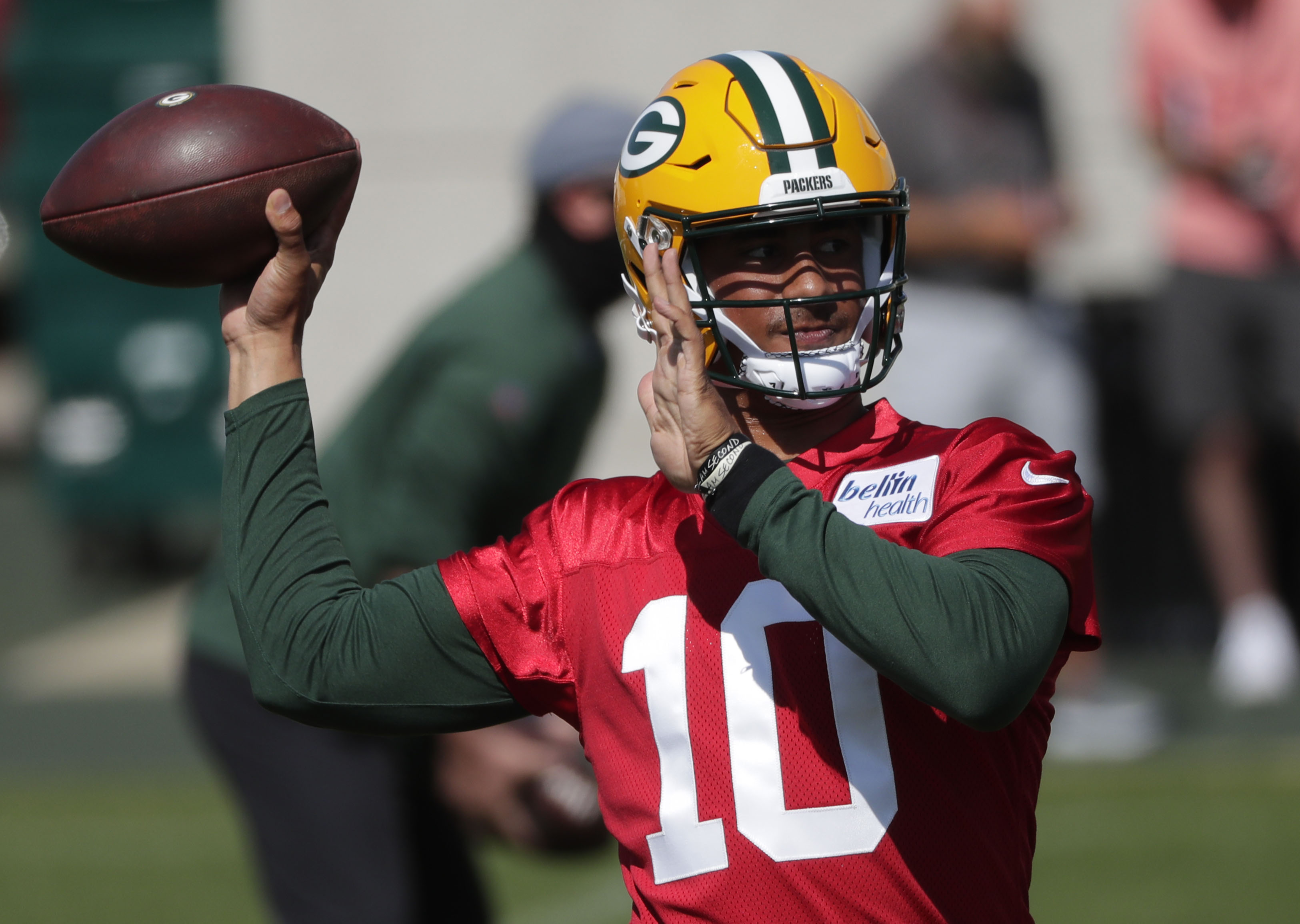 Many fans were disappointed when the Green Bay Packers traded up in the first round of last year’s NFL Draft and selected quarterback Jordan Love. The former Utah State star did not fill an immediate need for the Packers who already had one of the league’s top signal callers in Aaron Rodgers and had reached the NFC Championship Game the previous season.

Love did not play as a rookie in 2020. In fact, he was third on the depth chart behind Rodgers and Tim Boyle and was inactive for all 16 regular season games and both playoff contests. This only served frustrate fans more and there was talk on social media of Love being a “wasted drafted choice.”

But one year does not a career make. Here are four reasons why it’s too soon for the Packers and their fans to write off Jordan Love:

Most NFL scouts agreed about one thing: Love has the potential to become a quality NFL starting quarterback but he was not yet ready to play right away. In short, he was a project who would need to spend some time maturing and correcting some issues in his game before he would be ready to start in the NFL.

For the Packers, the plan was simple: let Rodgers start for another few years while the team groomed Love behind him. When Rodgers was ready to retire, Love would be ready to take over as the Packers next starting quarterback.

The fact that Love did not play all season was hardly a surprise. He wasn’t expected to play unless the Pack was involved in a blowout or if Rodgers and/or Boyle got hurt. Thankfully, that didn’t happen in 2020. In fact, Rodgers stayed healthy all season and had an outstanding season, winning the league MVP award for the third time in his career and for the first time since 2014.

The bottom line is that Love didn’t contribute on the field in 2020, but he wasn’t expected to. Holding that against him is not fair.

Rookie quarterbacks usually struggle to adapt to life in the NFL. The players are bigger and faster and the defenses are more complex and the playbooks are thicker than what they had to deal with in college.

In 2021, the NFL offseason should get back to something closer to normal and will mean a lot more reps for Love heading into year two of his NFL career.

While it’s tough for fans to see it, the Packers coaching staff has been pleased by the progress that Love made over the course of his rookie season.

In December, quarterbacks coach Luke Getsy had this to say about Love’s development over the course of his rookie season. “He’s done a really good job with the mental part of the game,” Getsy told reporters. “We spend time each and every day honing in on his fundamentals and things like that, trying to get them tighter. He takes a bunch of reps with the practice squad so we use those as live reps and try to relate the plays that other teams run to the plays that we run so that he’s getting somewhat close to a live bullet each and every day. So that part of it’s been really good. And then the one-on-one time we get on the practice field each and every day has been very beneficial.”

The Packers will need to see what he looks like when he finally gets on the field in training camp and preseason games, but so far, the team seems to be encouraged by what they’ve seen from Love given the difficult circumstances he’s dealt with as a rookie.

Few quarterbacks excel during their rookie seasons. For every Dan Marino who was immediately great, there are 30 or more quarterbacks who struggle in their first NFL campaign but eventually go on to stardom.

John Elway completed only 47.5 percent of his passes as a rookie and threw seven touchdowns and 14 interceptions. His quarterback rating was 54.9. Joe Montana threw all of 23 passes and started one game in 1979, his first season in the NFL. Peyton Manning started all 16 games as a rookie but won only three times and led the league with 28 interceptions.

Packers fans may forget that Brett Favre played in only two games and threw only four passes during his rookie year with the Falcons in 1991. He didn’t complete any passes, well at least not to teammates. Two of his four attempts were intercepted.

Rodgers was Favre’s backup in 2005, his first season in the NFL and Favre had a starting streak at that time and wasn’t about to yield the QB1 spot to a rookie. Rodgers played in three games and completed 9-of-16 passes for 65 yards. He didn’t throw a touchdown pass and threw one interception. His quarterback rating was 39.8.

A lack of accomplishments during a rookie season does not mean a quarterback won’t develop into a success in the NFL. Right now, the Packers have the reigning league MVP at quarterback. It’s Jordan Love’s job to learn and develop into the eventual starter. When that happens and where it happens remain to be seen, but it is too soon to write off Jordan Love.