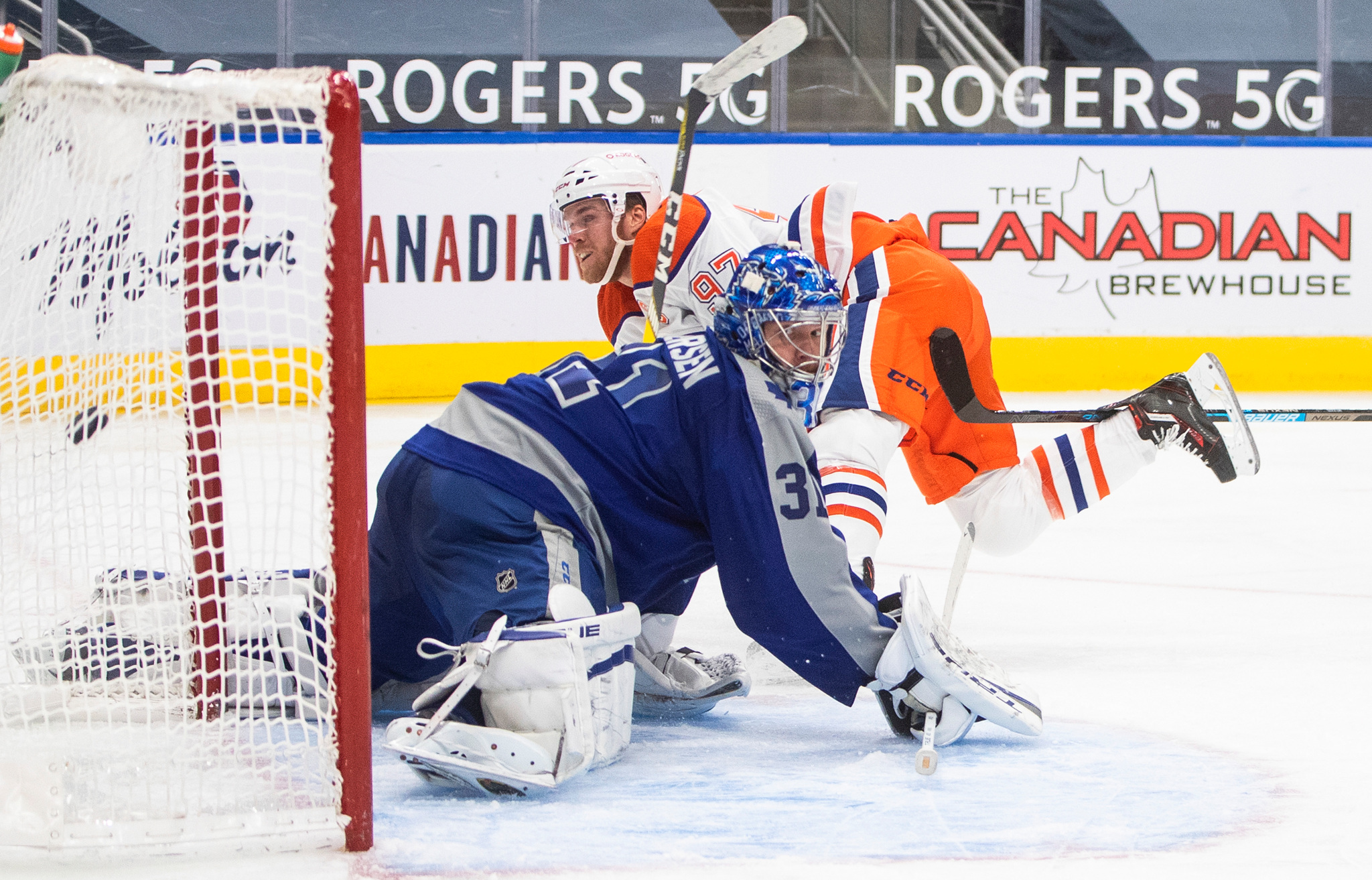 The two highest-scoring teams in the North square off for the third and final set of their current series, but only one team’s offence has shown up so far. The first two games saw the Toronto Maple Leafs blank the Oilers in back-to-back 3-0 games, the first time they’ve shut out a team by the same score in two straight games in 67 years.

The Oilers will look to figure out where the in the world their firepower has gone this week as well as avoiding being swept in a set at home for the first time since dropping two straight to Montreal in January.

The Oilers have to step up in their own end tonight, sure, Edmonton has a high powered offence but if you can’t stop the other team in your division that can score at will? You’ll be in for a tough night.

Limit the high danger chances, Toronto may have blanked Edmonton in two straight but you’re playing with fire losing that battle. Edmonton had eight high danger chances compared to the Leafs five on Monday night, keeping Oiler forwards away from the blue paint is a must.

Holding Connor McDavid to zero points in back-to-back games sounds like the work of fiction. The current series is the first one where that’s happened but I’m not counting on this to happen for a third straight game. In the three games leading up to the Leafs series, the captain put up eight points including a hat trick against Calgary on February 20th. I’m looking for 97 to break out of the longest scoring “slump” of the season.

Father Time comes for everyone eventually, but in his stint as a Maple Leaf, Jason Spezza has found a way to hold him off. Spezza has been a very effective bottom-six forward at 37 with 12 points in 22 games this season. Spezza scored in the first game of the set and has continued to show while he’s not the 30 goal, 90 point guy from his days in Ottawa, he’s still dangerous.

They’ll be significant lineup changes for the third and final game tonight for both sides. James Neal will check back into the Oilers lineup and will skate on the first line. Neal’s return marks his first game back in the line up since the Oilers 7-1 win over Calgary on February 20th.

Alex Chiasson will miss tonight’s game as he serves his one-game suspension for his cross-check to Jimmy Vessy at the end of Monday night’s game.

For Toronto, Auston Matthews returns for the Leafs. Matthews missed the past two games due to a wrist injury.