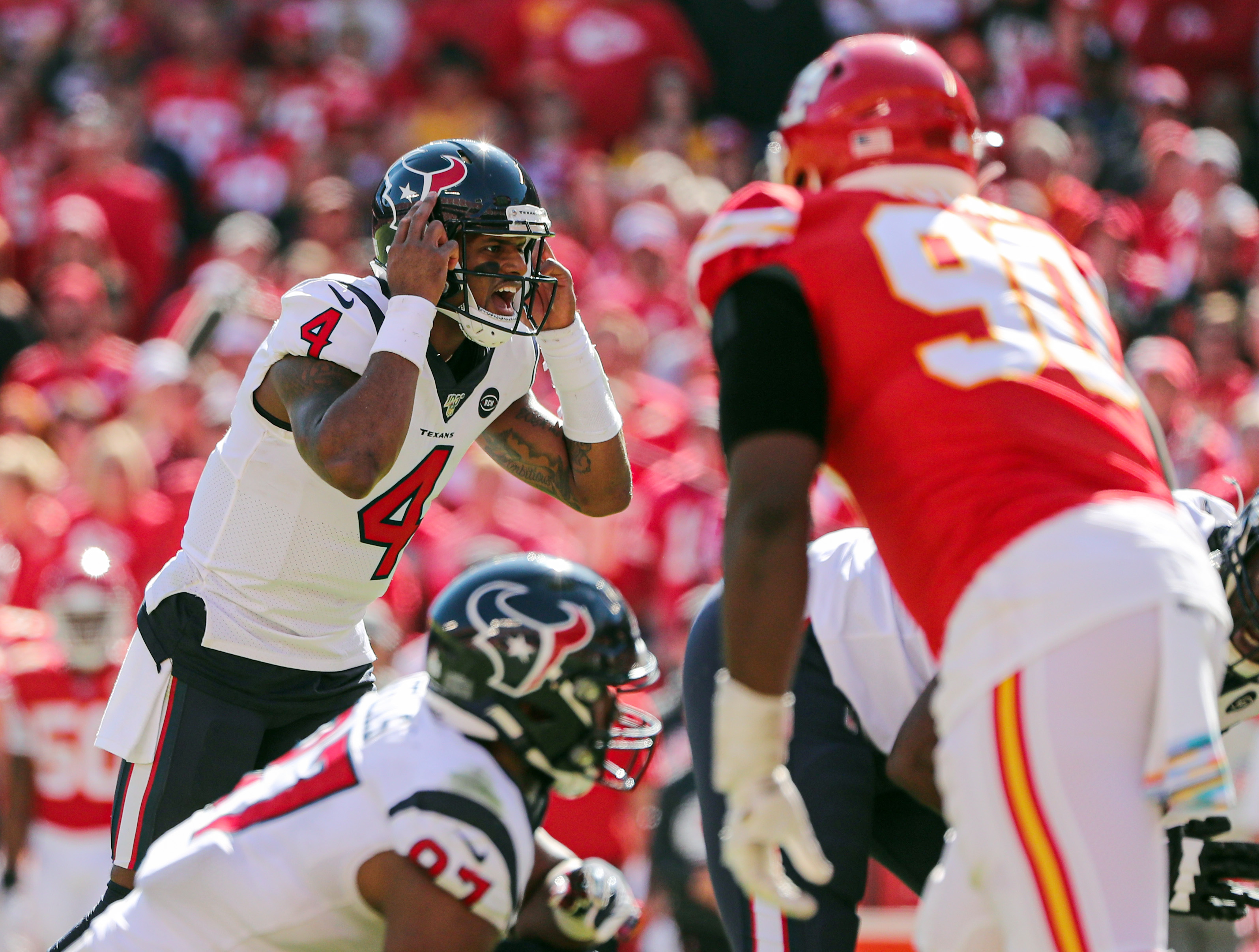 I don’t know what else Deshaun Watson is supposed to do to make it any more clearer about his future with the Houston Texans, perhaps post something on a billboard?  Or a message on social media?  Take out a one page article in the newspaper?  Relay the message through his agent who leaks the information to the media?

Oh wait, I think he’s done some of this already right?

Houston, buddy, you blew it, big time.  You got a game changing franchise quarterback, not with the 1st pick, or the 2nd pick, but the 12th pick in 2017 NFL Draft, yes that’s right, the 12th pick!

The same quarterback that ended his college career by throwing the game winning touchdown pass in the National Title game, fell all the way to you at 12.  The same guy that half the league would love to call their guy, and you, yes you Houston, traded away all his key pieces and left him to rot.

And now that Watson wants out, you Houston, are saying no? Um, what?

Houston, you blew it.  You traded away every key piece to your franchise, from Clowney, to Hopkins, and then let the face of your franchise, JJ Watt, walk away in free agency, but you’re adamant about keeping Watson in town? 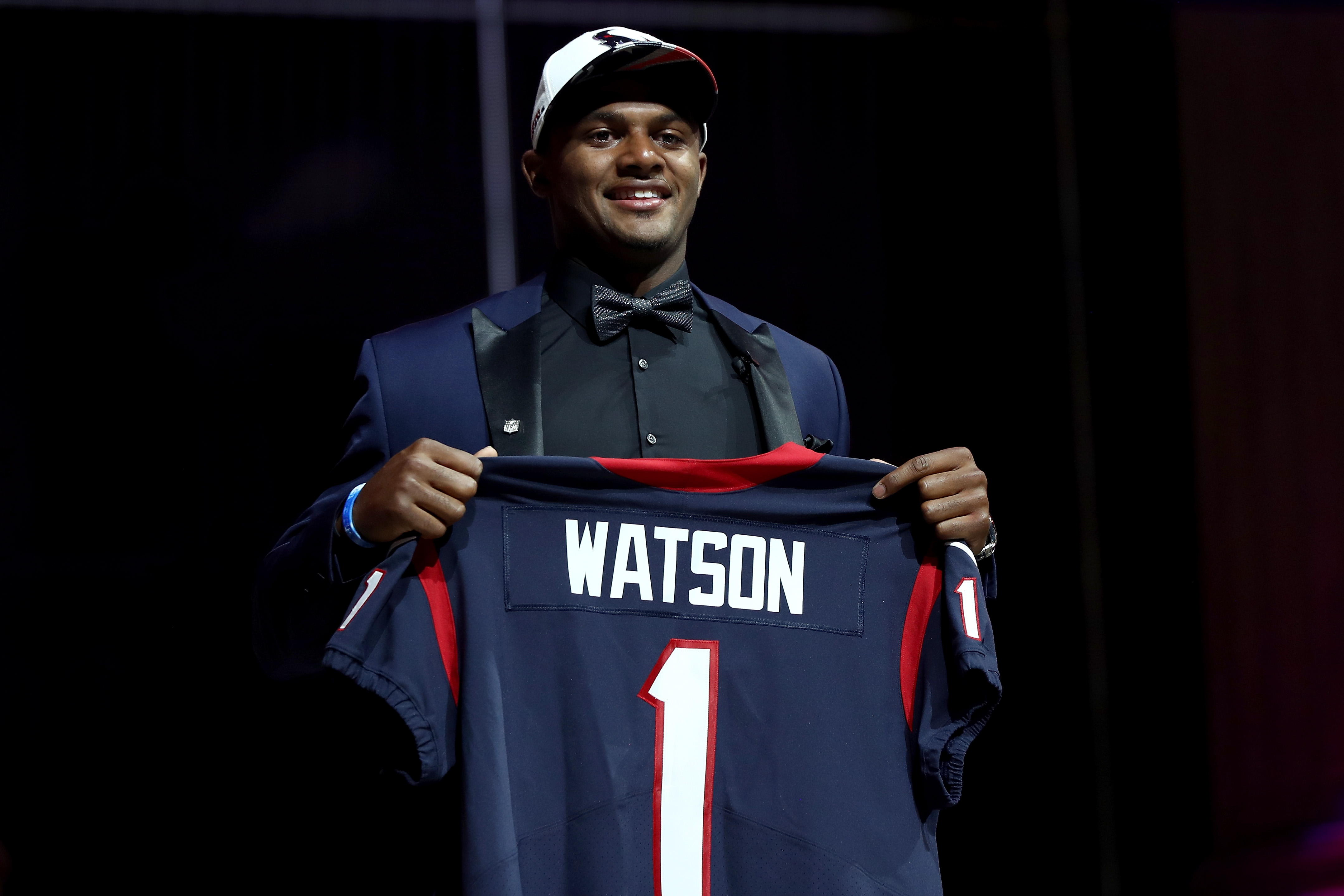 PHILADELPHIA, PA – APRIL 27: Deshaun Watson of Clemson reacts after being picked #12 overall by the Houston Texans during the first round of the 2017 NFL Draft at the Philadelphia Museum of Art on April 27, 2017 in Philadelphia, Pennsylvania. (Photo by Elsa/Getty Images)

There’s a reason why this franchise, despite changes at head coach and general manger, might have actually overtaken the Jets and Washington, as the worst run teams in the league.

Watson is a generational player, as is, you’re welcome Houston, and you rewarded him with Bill O’Brien as your head coach and general manager.  O’Brien’s moves are going to take a while to overcome, what he did is probably a textbook example of why managerial oversight is needed.  It’s why you have so many admin spots in the NFL, from Director of Player Personnel to Director of Scouting to Vice President.

The 49ers ran a machine in the 80’s and 90’s.  The front office knew their place, and they built a dynasty that lasted two decades, winning 5 Super Bowls from 1981 to 1995.  The Texans ran a machine in winning division titles (after Peyton Manning retired), and getting dropped in the first round of the playoffs.  But once Houston let O’Brien run everything, things quickly fell apart (although I admit, I’m curious to see what his overall long term plans were), and now Watson has seen the writing on the wall, and he wants out, and you can’t blame him.

It’s time for Houston to shape up, and trade Watson to the highest bidder, and in the process, get a plethora of draft picks and rebuild.  Be it in their own conference, own division, or to the NFC, Houston has no choice but the right choice to make.  Unless they are intent on punishing Watson and making him sit a year or two or three or whatever, they need to take him and move him away and get something in return.

This isn’t on Watson, this is entirely on Houston, they blew it.  You were gifted with a franchise game changer in Watson, and rather than shower him in gifts that consisted of offensive weapons to open the offense, you traded away DHop.  Rather than aim at big time free agency or a surprise trade to give him help, like what the Browns did when they traded for Odell Beckham, nah, we are okay in Houston.

This is your fault Houston.  Trade Watson and get your future QB in return.  Be it to San Francisco that will bring JimmyG to Houston, or to Miami for Tua, or to Chicago, or to the Jets, whatever you can get for your stud franchise quarterback that you took for granted.

It’s not only the only choice for Houston, it’s the right choice.