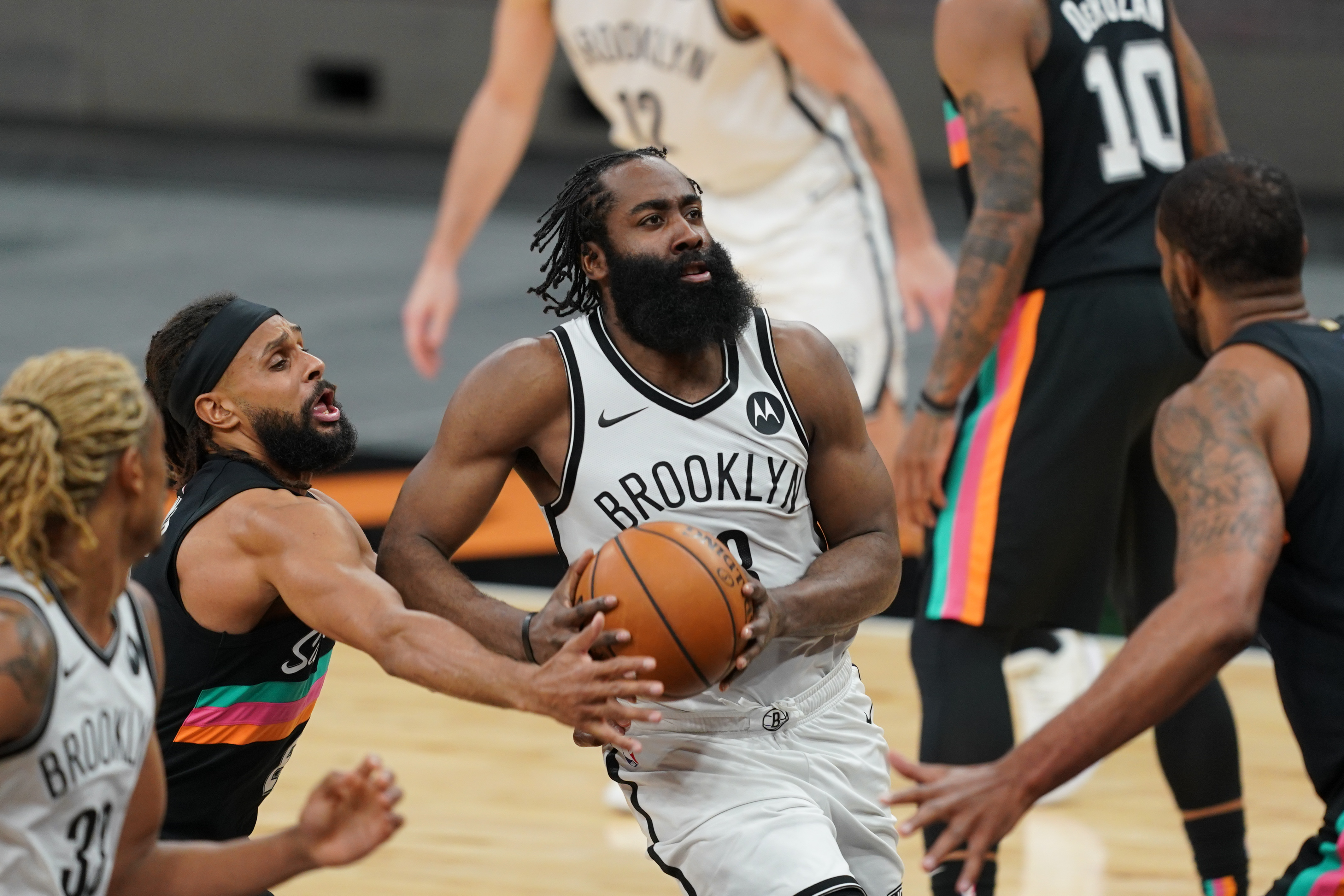 It was no secret – the Brooklyn Nets had picked up one of the NBA’s very finest when they traded for James Harden in January.

A prolific points scorer, the 31-year-old has been adding new strings to his bow in the past few seasons. His enhanced all-round game was in evidence in a devastating performance that saw Harden sweep the Nets to victory over the San Antonio Spurs. The guard served up 30 points in his side’s triumph, but much more than that he delivered 15 assists and 14 rebounds too in a showing that any self-respecting MVP would be proud of.

It was an essential win for the Nets. This was the win that took them joint top of the Eastern Conference with the Philadelphia 76ers on 24 victories, and those who believe in the power of momentum in the sport will note that the Brooklyn franchise has stacks of it right now.

Harden, meanwhile, climbed to the top of the assist leader charts, while teammate Joe Harris continues to pop off three-pointers left, right, and centre. DeAndre Jordan and Nicolas Claxton are dominating the field goal standings too, and with the Nets averaging more points per game than any other side in the NBA, they look almost unstoppable.

All of which is confirmation that they are a red-hot contender to go all the way this season to the Finals, and, unsurprisingly, they are excellent value in the Eastern Conference NBA betting on bet365. So, although there is plenty of business to take care of before then to top the pile over in the east, the question is can anybody stop them?

Credit where it’s due – the Philadelphia 76ers have shown that they are more than an early season flash in the pan with their progress so far. However, you suspect that times are going to get tougher for the Sixers, and especially so if they continue to rely so heavily on the defensive class of Joel Embiid to see them over the line.

There’s no doubting Embiid’s brilliance, but he will need more concerted support from his colleagues if they are to hold off the Nets at the top of the Eastern Conference. Ranking just eighth in the NBA for Average Points Scored and tenth for Field Goal Percentage, the numbers aren’t quite stacking up for the 76ers on offense. In the fullness of time, it may be that their form will regress to its mean – despite Embiid’s best efforts.

The Milwaukee Bucks also have to enter the conversation. The likes of Jrue Holiday and Bobby Portis have been in outstanding form, and nobody is better than the Bucks around the basket – literally, given that they top the rebound standings.

Ranking second only to the Nets in terms of points scored in the NBA so far this term, Milwaukee is challenging hard for Eastern Conference honours, and they are doing so without Giannis Antetokounmpo quite hitting his peak yet.

But while the Bucks are looking dangerous, it’s hard to see past a James Harden inspired Brooklyn from dismantling the rest of the East with ease.