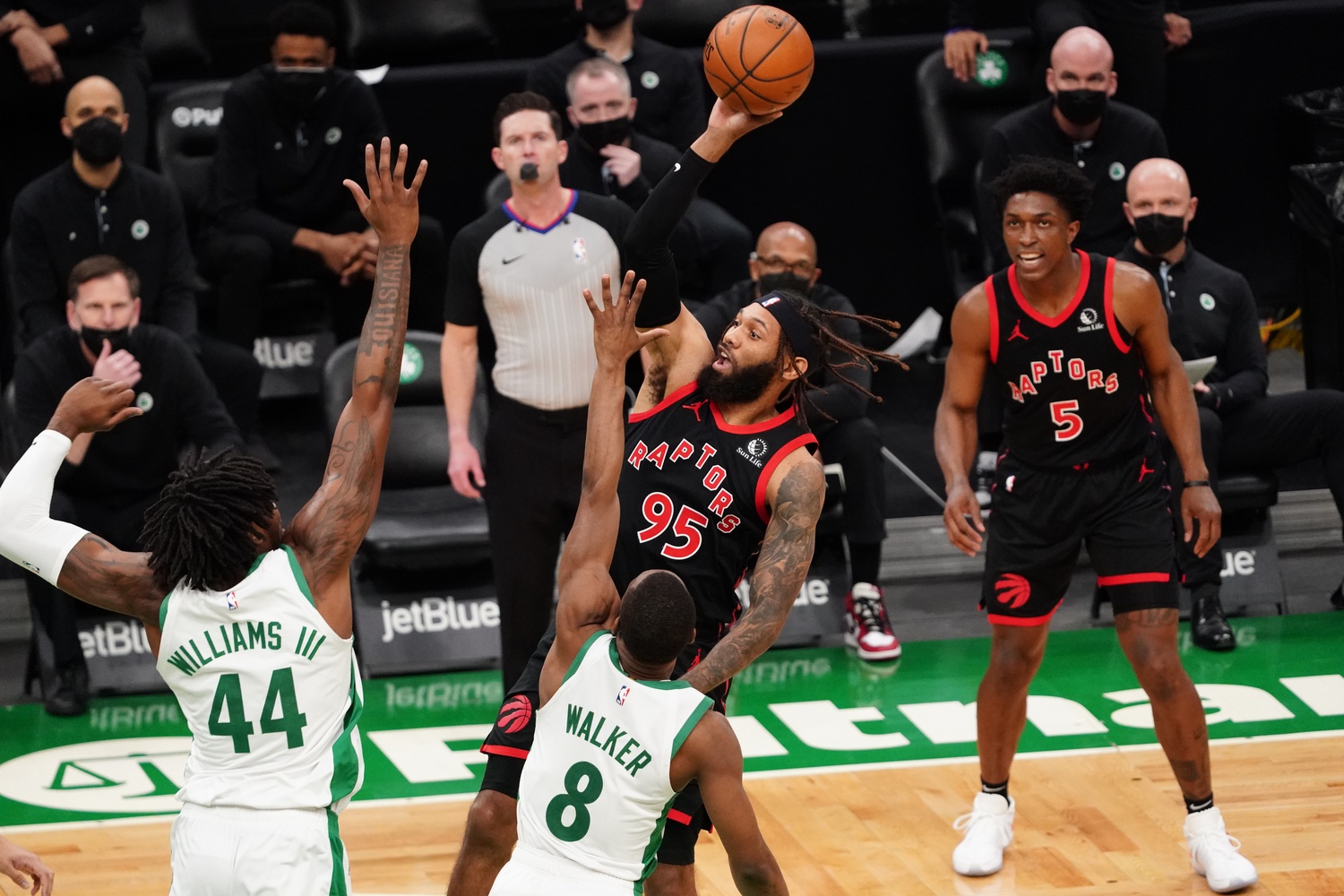 The Celtics didn’t relent in these past four games. They didn’t necessarily play beautiful basketball but they were able to make key plays when required. For a team that hasn’t been healthy all season, a consistent effort has to be the basis for winning.

“I think we’re learning and growing as the season goes on,” forward Jaylen Brown said. “We definitely made improvements in different categories. That’s what it’s about. This is a different team than it was last year. We’re building a lot of good habits and making winning plays. It’s not about scoring 25 or 30 points a game. It’s about playing the game the right way and trying to find ways to win. That’s what’s most important.”

Being right for the wrong reasons is often as bad as being wrong.

And for that reason, I’m glad the C’s had to work for these past four wins. The consensus over the past month or so of struggles is that the C’s have not put forth a consistent effort. They’ve had a few ‘easy’ wins since their enforced COVID vacation in early January, but the tendency has been that when games got tough, they failed to meet the challenge. Now part of that is the absence of Marcus Smart and part of that is Jayson Tatum’s extended recovery from COVID, but neither of those factors explain 100% of the team’s struggles.

So if the C’s had faced a quartet of cupcakes and delivered four blowout wins, we’d probably be feeling just as good as we are today. But the team might not have advanced as much as they have over the past week by playing four games where they had to dig deep to produce wins. In fact, I would argue that four easy wins might have given the team a false sense of security headed into the second half. Wins that didn’t require the team to exercise the mental discipline that has been lacking of late might lead them to believe that those very real problems we all saw either weren’t really there or that they had been fixed without any effort whatsoever.

And this wasn’t a case of one guy carrying the C’s to all four wins. The first win, last Friday, was Kemba Walker’s. In the second win, it was Jayson Tatum’s late game heroics–scoring the last six points and playing some crucial defense. The third game was a team effort, with Pritchard and Rob Williams coming up big off the bench, for a combined 27 points, along with 25 from Kemba and a crucial late run of seven straight points from Jayson Tatum. And last night’s game was all about the bench, with Teague, Pritchard and the Williams duo all scoring in double figures.

This past week the process and the product both looked pretty good, considering the health issues the team continues to face.

Page 2: Where a KG voicemail lit a fire under Jaylen Brown

In that moment, Doo’s phone chimed. Thousands of miles away in his Malibu bunker, Kevin Garnett was wondering what was up with the rookie’s body language.

“KG watches a lot of games, still a student of the game, still watches everything. He texts me and says, ‘Yo, man, what’s up Jaylen? What’s going on? What’s wrong with his body language? He looks terrible,’” said Doo. “That’s not all the words he used but that was the gist of it, in the kind words because I can’t really repeat exactly what he said.

“So I just texted him right back and I was like, ‘Yo, tough game. Brad pulled him and he’s struggling a little bit, he’s tired, it’s been a long year. But, yeah, he’s acting up right now.’ And (KG) was like, ‘Well, tell him I said this, and he started ripping off some things in my text … “

“I said, ‘Kev, I gotta be honest, man, it would mean a lot more to him if you just give him the message.’ He’s like, ‘I ain’t calling, I’m not calling.’ So I told him, ‘Leave me a message like what you just texted me and I’ll just play it for him.’

“That’s kind of the gist of everything. I know Jaylen really appreciated it. At the end (KG) was more like, ‘Also, you got talent, man. You’re going to be somewhere, so keep pushing.’ It obviously meant a lot.”

“As a rookie, it gave me so much pride about myself,” said Brown. “Like, yeah, I could follow, too. This is one of the people that has done something that I’m trying to do here …

When I was about Jaylen’s age at the time of KG’s voicemail, I had a meeting with my college adviser, at which he said a few rather blunt things about my work in his class. 26 years have passed since then, and I still remember them quite clearly–and the impact of those words affects what and how I write down to this day. Now, it’s true that there was a lot more effort both on my part and on that of my instructors that went into my education after that, but nonetheless, that moment stands out in my memory. I’m sure most of us have had similar experiences that we can look back on–moments where someone we respected told us some rather painfully obvious truths about ourselves to our benefit. It just so happens that in Jaylen’s case it came from a HOFer.

While it would be exaggerating to credit all of Jaylen’s improvement to that one voicemail, it’s clear from Jaylen’s own comments that KG’s message played an outsize role in his development.

Finally: Where Jaylen “Underappreciated” Brown is suiting up for Team LeBron

The Celtics swingman was selected by LeBron James during the All-Star Draft on Thursday evening and the Lakers superstar praised one of his Eastern Conference rivals upon making the pick.

“With my fourth pick in the second round, I’m gonna go with Jaylen ‘Underappreciated’ Brown,” James said.

That’s an odd remark by LeBron. Especially since Brown was the 14th player selected out of 24.

If you’re going to call a guy ‘underappreciated’, and then pick BEN SIMMONS before you pick him, well sir, YOU are the one who is underappreciating Jaylen Brown.

And as far as stars giving nicknames to up-and-comers, this wasn’t exactly a Shaq and Paul Pierce moment.

Brown will be playing against Jayson Tatum, who was bumped up to the starter slot opened by Kevin Durant’s sore hamstring.