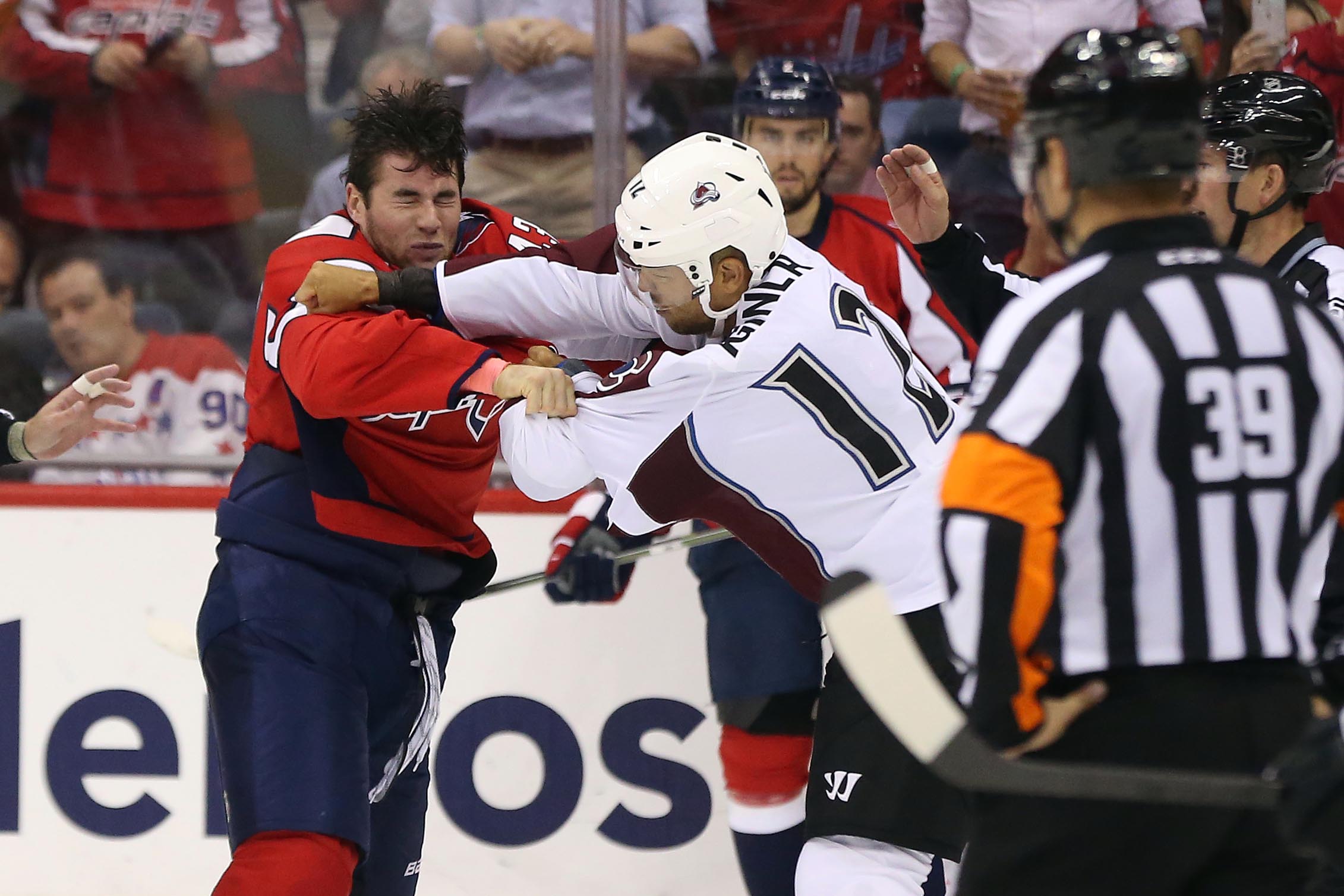 On Friday night, NHL tough guy Tom Wilson tried to decapitate another player with a dirty, high hit. This time, it was Boston Bruins defenseman, Brandon Carlo. For his actions, Wilson was scheduled to attend an in-person Zoom hearing on Saturday evening.

The verdict is in, Willson has been suspended by the NHL for seven games.

Here’s the hit in question.

Here’s Wilson’s history from his TSN bio if you wish to refamiliarize yourself with his suspension history. Wilson isn’t considered a repeat offender by the current CBA.

Washington’s Tom Wilson will have a hearing this evening for Boarding Boston’s Brandon Carlo.

This is a really bad take on the Wilson hit.

This will be an unpopular tweet, and that’s fine, because I don’t conclude based on reputation or narrative.

My opinion: Tom Wilson’s hit on Carlo is not illegal.

Carlo’s head is not the main point of contact. Break it down, sure looks like he gets chest/torso first. [Thread] pic.twitter.com/10fhMN1CAt

Speaking of bad takes, here’s what Capitals head coach Peter Laviolette had to say on the hit.

Peter Laviolette said he’s “hopeful” Tom Wilson will be available Sunday vs PHI. No word yet on when his hearing will be.

Laviolette said the hit on Carlo was a “hockey hit” and if that was a “suspendable play then all hitting really is going to probably have to be removed.” pic.twitter.com/b6hQmrN98u

The Rat Speaks Up

Post-hit, Boston Bruins All-Star forward Brad Marchand was interviewed between periods by NESN. Marchand wasn’t shy, and he pulled no punches giving his thoughts on Wilson’s hit. His teammate Carlo was on his way to the hospital with an upper-body injury.

According to Boston Bruins head coach Bruce Cassidy, Carlo was released from the hospital this morning and is back home. You can make out the words that were bleeped out.

Brad Marchand weighs in on Tom Wilson’s hit on Brandon Carlo that forced Carlo to leave the game.

“That was a bullshit hit,” Brad Marchand said. “Brando had his head down in the corner. (Wilson) took liberty on a guy that was in a vulnerable spot. That’s a fucking cheap shot there. We lost a great player. It is great to see him skate off the ice by himself. But he was obviously in a bad spot. He’s hurting. That’s a bad hit.”

Yes, the Boston Bruins – Marchand haters are going to take issue with what he said. Yes, Marchand has done some questionable things, but he’s paid for his crimes. He’s also cleaned up his act the last few seasons. The fact that Wilson has reoffended means that hasn’t learned his lesson and needs to be given a nice 10-game suspension. Make it hurt. According to the current CBA, he’s not a repeat offender. M-kay. Apparently, using the logic of some, Marchand isn’t allowed to comment on Wilson’s transgression.

Yes, Marchand has a history of being suspended by the NHL, but like Wilson, he isn’t considered a repeat offender anymore.