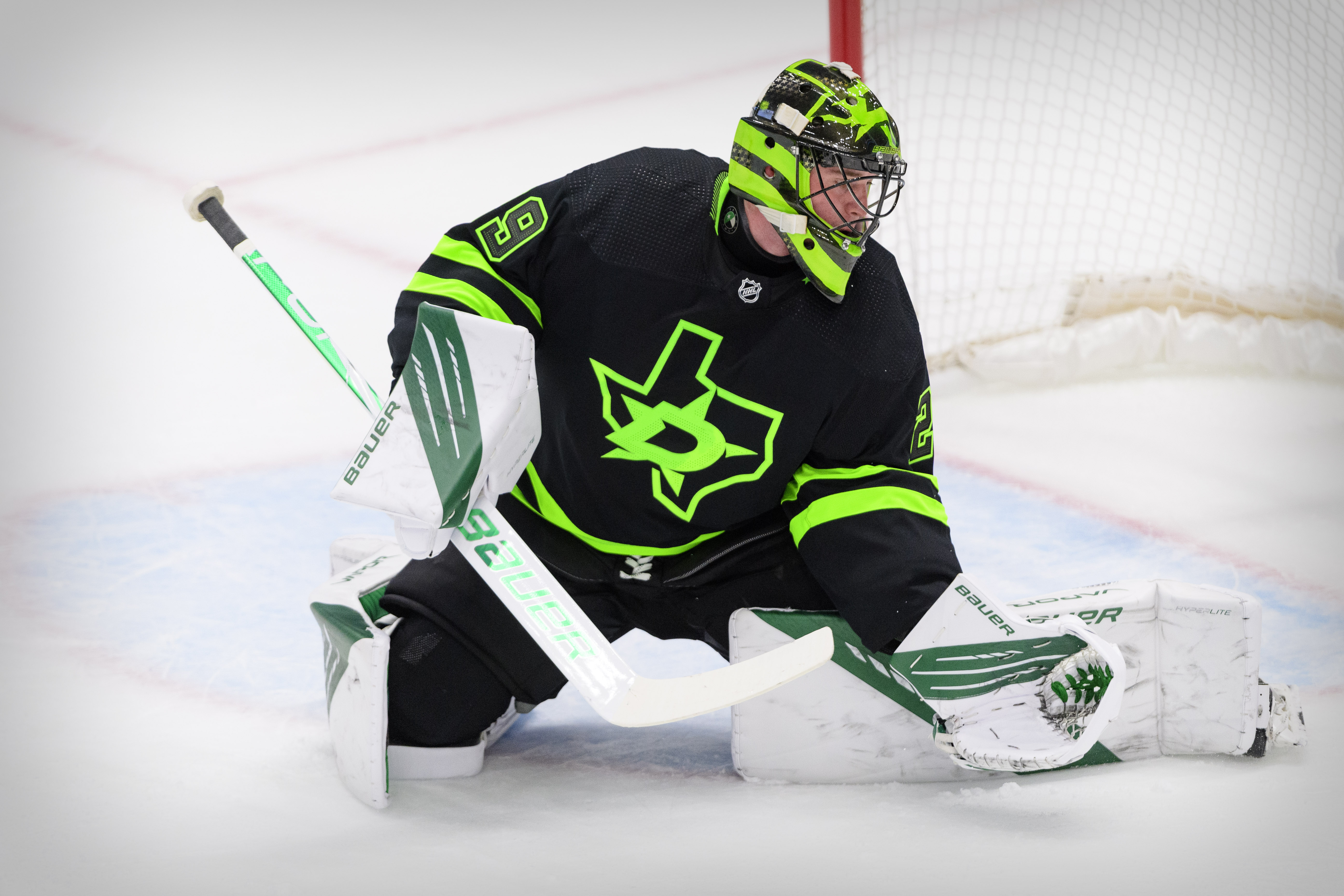 Dallas Stars goaltender Jake Oettinger of Lakeville, MN notched his first career National Hockey League shutout on Saturday. Oettinger made 21 saves as the Dallas Stars defeated the Columbus Jackets 5-0 at the American Airlines Center in Dallas, TX. He recorded eight saves in the first period, seven saves in the second period, and six saves in the third period.

Oettinger was playing in only his ninth NHL game and seventh NHL start. So far this season, he has a record of three wins, one regulation loss, and three losses in extra time. Oettinger has a goals against average of 2.02, and a save percentage of .922.

In the Stars win over the Blue Jackets on Saturday, Roope Hintz of Tampere, Finland led Columbus with two points, as he had one goal and one assist. The other four players to record a goal for Dallas were Radek Faksa of Opava, Czech Republic, Miro Heiskanen of Espoo, Finland, Jason Dickinson of Georgetown, Ontario, and Joe Pavelski of Plover, WI.

Despite playing a NHL fewest 19 games this season, it has been an exceptional year for Pavelski. He leads the team so far this season in goals (11), points (22), power-play goals (nine), power play points (13), and shooting percentage (26.2%). Pavelski’s nine power-play goals leads the NHL. He has two more than Auston Matthews of the Toronto Maple Leafs and James Van Riemsdyk of the Philadelphia Flyers, who are each second on the list with seven power-play goals. Like Pavelski, Van Riemsdyk and Matthews are American. Matthews is from San Ramon, CA, and Van Riemsdyk is from Middletown Township, NJ.

This was the third time this season a Stars goaltender recorded a shutout. Anton Khudobin of Ust-Kamenogorsk, Russia notched the other two. The Stars improved to a record of seven wins, eight regulation losses, and four losses in extra time for 18 points.