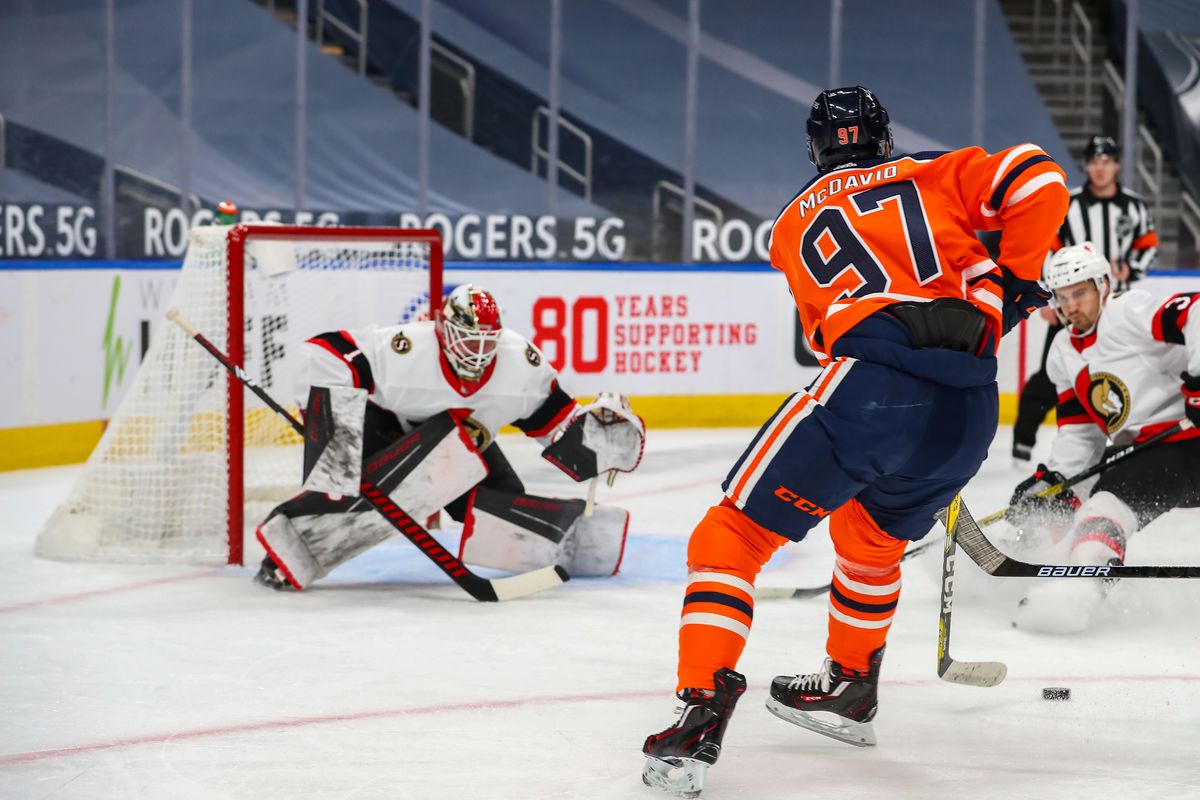 The Edmonton Oilers have only played one three-game miniseries all season, and it was a disaster. The Oilers lost all three meetings with the Toronto Maple Leafs last week, falling well behind the division’s top team. Tonight, they’ll begin their second three-game set of the season when they welcome the Ottawa Senators to town.

No, the Senators aren’t the Maple Leafs, but they aren’t the the free space some writers in Southern Alberta think they are. The Senators are a pesky team that battles hard most nights, but has inconsistent at best goaltending.

The Oilers, who are 4-0-0 against the Senators this season, will have their hands full. They’ll also have a chance to build back the momentum lost from the Toronto series, which they started doing in Saturday night’s victory against the Flames.

It’s an opportunity for the Oilers to take prior lessons and apply them to the current situation.

“Play better in all three games. We’ll start with that and figure out the rest as we go,” Dave Tippett said when asked what the Oilers learned from their first three-game series. “It’s been unique. I’ve liked the series. We’ve only had the one, but it has a little bit of a playoff feel to it. Hopefully, our players recognize that. These are three really important games before we head out on the road. You got to take them one at a time but you recognize you got the same team three times in a row. Some factors come into play with it.”

Luckily for Tippett, the players are at least talking like they recognize it. Veteran defenseman Kris Russell has seen a lot in his career, including numerous trips to the Stanley Cup Playoffs. While obviously this isn’t the postseason, there is that playoff feel to the upcoming trio of games in his mind.

“You kind of got to look at it as a playoff series,” Russell began. “The first game you play against is very important. You got to set tones. You got to establish your game early, get your forecheck, get confidence in your game and your group. You can’t really look into the three games. You got to make sure you’re ready for that first one.”

The Oilers, quite frankly, weren’t ready for the first game of their series with Toronto. The Maple Leafs dictated the terms and never looked back on their way to what looked like an easy six points. They had all the momentum in the series right from the start. That’s what the Oilers will try to do this time around.

“Any time you get into a series, if you can get momentum and grab momentum early, it creates confidence in your game,” Russell continued. “Ottawa, they’re a good team. They’re a good, young team that is playing well right now. We’re going to have to have our best effort. Come to work and expect a tough match.”