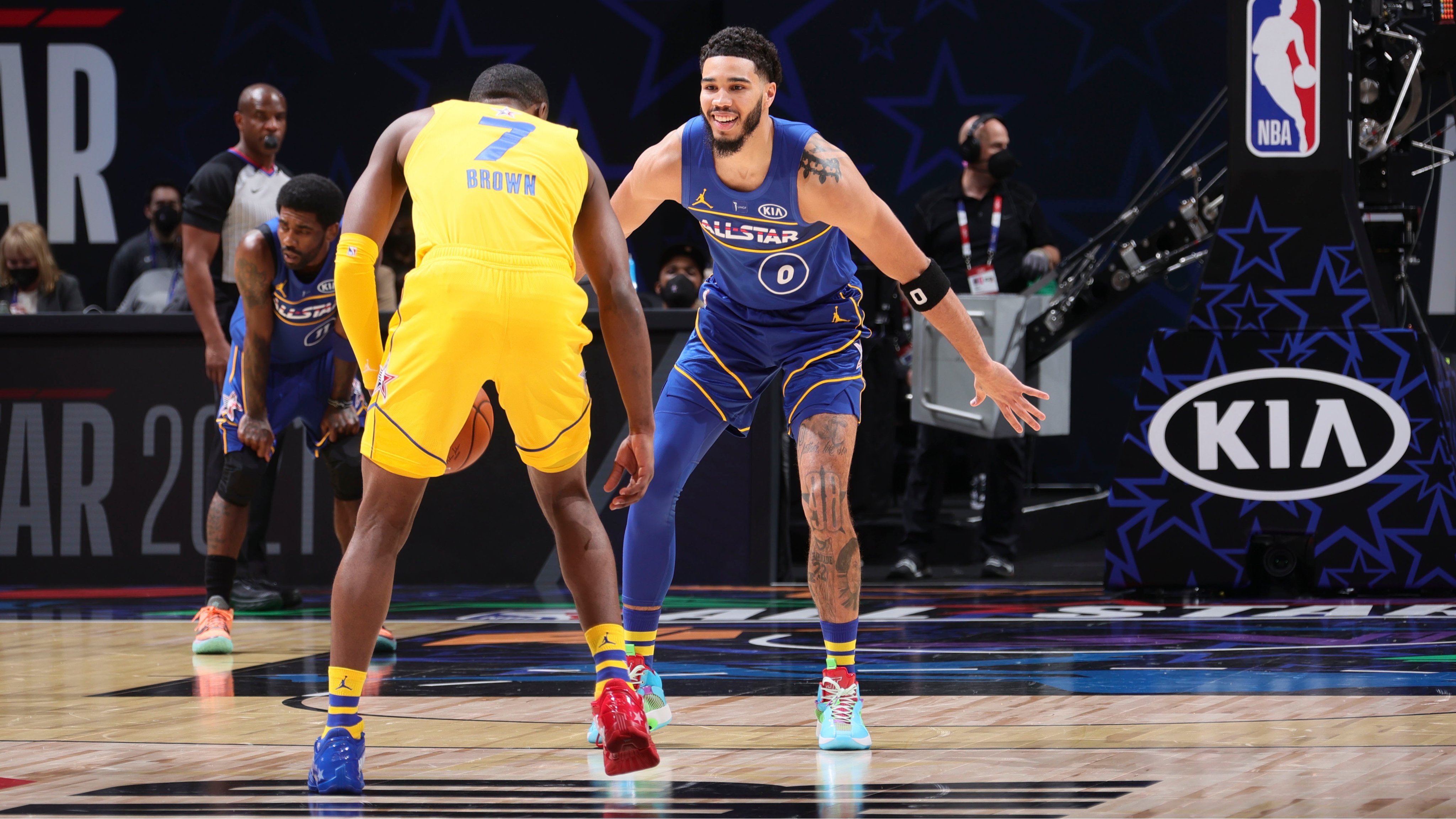 My interest in NBA All-Star games has waned over the years. Perhaps it’s the generational divide between myself and the game’s target audience. This year, I considered the game a risky money grab amid the global pandemic.

But with Jayson Tatum and Jaylen Brown on the rosters, I had to watch. And you know what? I enjoyed it. Some credit goes to my 11-year old son whose waves of youthful exuberance overpowered my curmudgeon-y vibes.

We didn’t have to wait long for the highly anticipated mano-a-mano moment between Jaylen and Jayson.

Jaylen Brown vs. Jayson Tatum and Tatum is slapping the floor lol pic.twitter.com/21JKQHSEWR

It was Jaylen who wowed us all with some ridiculous shooting:

Impressive turnaround 3 from the corner by Jaylen Brown: pic.twitter.com/KiFBpfAqw1

Jaylen Brown with the 3 AND-1 🔥#NBAAllStar pic.twitter.com/SmM5l4MovW

“I got fouled on the 3 and my brother came and picked me up, and I know that’s something my family – that’s a moment right there we’re never going to forget,” Brown said with a big smile. “When a family member falls down, you gotta be there to pick him up. My brother ran on the court and picked me up.”

“He fouled me when he was on me. We knew how that was going to go,” Brown said in jest.

Minutes later, Tatum relayed a slightly different perspective than that of his good friend and Celtics teammate.

“No, I didn’t,” Tatum said after being asked if he fouled Brown. “I was playing defense and then he got to the layup and I was about to move out the way, but we’re in Atlanta, so they gave him the foul.”

Those playful comments by Brown and Tatum are symbolic of how this night felt for them: fun, laid back, memorable.

Fun and laid back? I should try that more often.

The duo also squared off in the 3-point contest prior to the game. And while Jayson (3rd) faired better than Jaylen (last), it was Brown who had the memorable highlight:

Jaylen Brown trying for the And-1 in the #MtnDew3PT contest 🤣 pic.twitter.com/XfbcOZIRXt