Your Morning Dump... Where we look ahead to the rest of the season 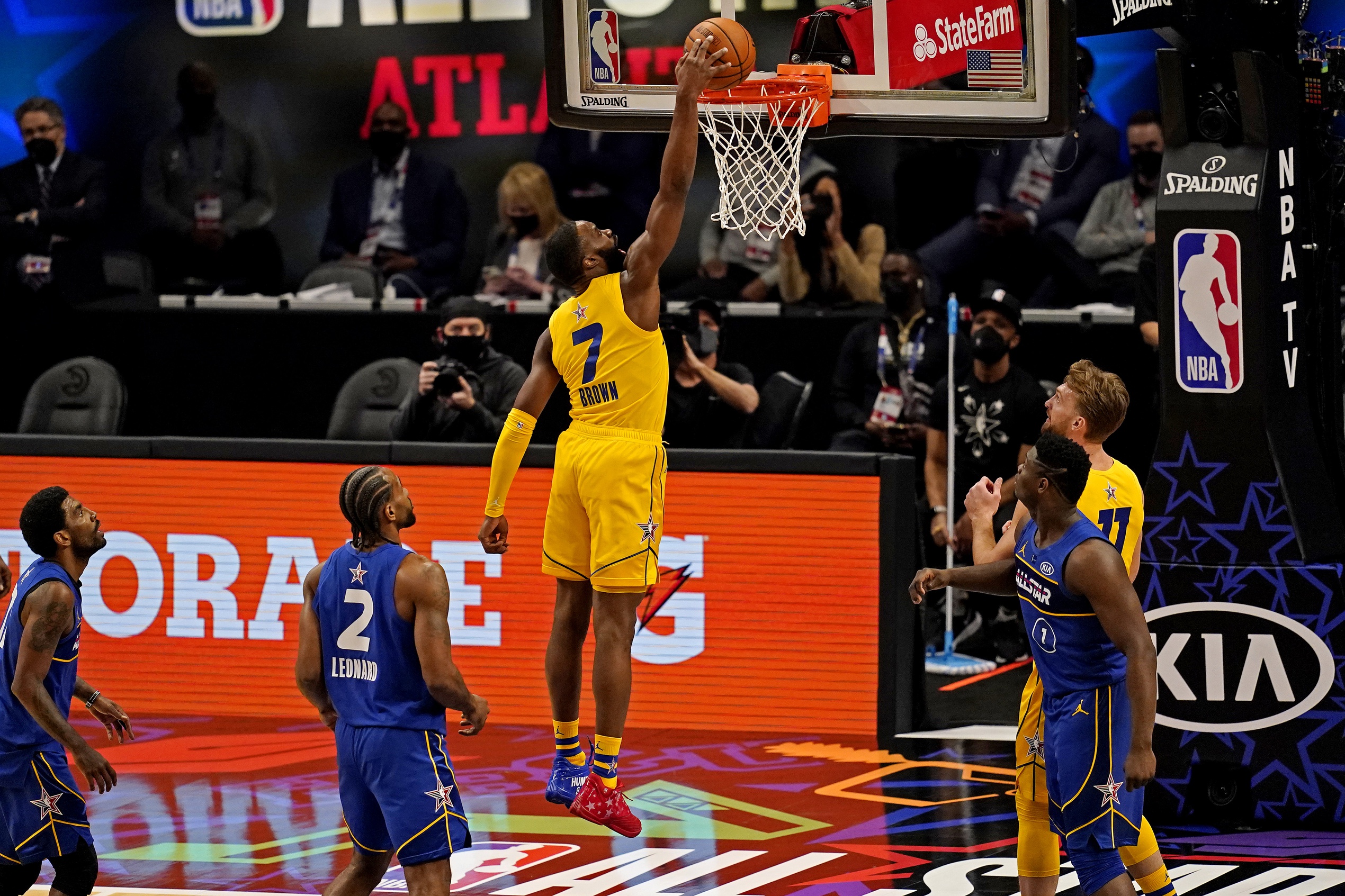 Your Morning Dump... Where we look ahead to the rest of the season

The Celtics open the second half of the season Thursday night against the Brooklyn Nets. Which is to say we’re not going to have to wait long to find out where Boston stands heading into the final two months of the regular season.

We already hit you with a handful of things we learned in the first half. Now it’s time to spin it forward. Here are five things we’re focused on in the second half:

To TPE or not TPE, that is the question
Danny Ainge has a little more than two weeks to decide if the team will utilize the team’s $28.5 million traded player exception to infuse some additional talent on this roster.

We’ve already told you why we think it’s less than ideal for the Celtics to wait for the summer. Sure, there could be a more enticing prize at the end of that TPE rainbow, but there are some serious potential pitfalls. There’s an opportunity cost, too, if you wait to add when Jayson Tatum and Jaylen Brown are (relatively) healthy and playing at an All-Star level.

The TPE is the stuff that dreams are made of. And, quite honestly, there can be no better fodder for idle debate than a $28.5 million dollar hole in the C’s salary cap structure that can be filled with just about anyone your heart desires.

No matter what Ainge does with the TPE, people who have less than full access to the facts can make a case that he screwed up. If he uses it on player X, he should’ve used it on player Y. If he uses it during the regular season, and then someone acquires a better player in the offseason, he should’ve waited. If he doesn’t use it during the regular season, and no one of consequence is acquired after the season ends, then he wasted his opportunity and squandered an asset.

I mean, a TPE of this size might be even better than cap space, when it comes to sparking debates and arguments—and on the rare occasion—civil discussions, because anyone making less than $28M can be traded to the C’s now.

I have no idea what Ainge is going to do with the TPE. One thing I know for sure, though: He’s not going to use it just to use it.

And while, in theory, the Nets have gotten significantly better by adding James Harden and Blake Griffin, what are these guys going to be worth come playoff time? I mean, we’re talking two players that have spent over a decade in the pros without contributing meaningfully to playoff success. And the Sixers? Let’s not forget that their coach has almost singlehandedly turned 3-1 playoff deficits from certain doom to a basis for hope.

A name that’s been bandied about in terms of the TPE is Nikola Vucevic, and Westerholm breaks down the pros and cons over at Boston.com:

Presumably, the Celtics would not be interested in trading any of their top players — Jayson Tatum, Jaylen Brown, Marcus Smart, or Kemba Walker. That leaves bare cupboards in terms of trade value (Robert Williams? Aaron Nesmith? Romeo Langford?), but Ainge does still have all of his future draft picks. Perhaps the Magic could be intrigued by a combination of Williams and several first-rounders, but teams like Charlotte and Miami — the two other suitors O’Connor noted in his power rankings — would be in a position to spark a bidding war by offering similar packages.

Also, do the Celtics want to give up on Robert Williams at this stage?

What is Vucevic good at?
Vucevic is as pure a scorer as exists at center in the NBA. Others are certainly better players — Joel Embiid and Nikola Jokic are both MVP candidates — but Vucevic can space to the 3-point line more comfortably than both and operates well in the pick-and-roll.

Adding Vucevic would, IMO, dramatically change the character of the C’s team. Not necessarily for the worse, mind you, but it’s not a sure bet that the C’s would be instantly better either.

Now, if the C’s are getting fewer points per game from Vucevic, how is he going to feel about that? I mean, that’s basically how he’s defined his NBA career.

Being the third or fourth scoring option wasn’t enough for Gordon Hayward. Is Vucevic willing to make a similar sacrifice? This is important, because if Vucevic isn’t contributing as much on offense and his attitude toward his role impacts his defense, the C’s would be paying a premium price for a guy who would have less value at both ends of the court for Boston than he currently has with Orlando.

Also at Boston.com, and if you’re a big fan of paywalls–or getting around them–the Globe, Chad Finn has reasons why Ainge should be cautious about making a move with the TPE:

But from a big-picture standpoint with the Celtics, I’m almost certain I’ll be relieved if Ainge passes on making a major move and instead adds secondary pieces at a low cost.

Here’s why, or actually, the whys:

— Even with a trade for one of the bigger names potentially available – say, Magic center Nikola Vucevic – the Celtics will not be a true championship contender this season. There’s no obvious deal that suggests it would vault the Celtics into that Sixers/Bucks/Nets tier in the Eastern Conference. Fans want Ainge to make the trade now that he should have made last year, when Gordon Hayward was still here, and the path in the East wasn’t as daunting.

And you’ve got a similar situation with the Bucks. Do we really think that something amazing has happened this year that is going to change Budenholzer’s long track record of disappointing playoff results?

Then you have the Nets. I’m not sold on this NBA version of Asia. I’m just not. I think you’ve got four guys who, when the pressure’s on, are not going to play as a unit (why the comp with Asia, in particular? Listen to the drum track on ‘Heat of the Moment‘–especially during the second guitar solo–Carl Palmer’s off in his own little world, playing a beat that has nothing to do with the rest of the song).

I think the C’s may be reasonably expected to move up in the East as the season concludes, but honestly, I’m not the least bit concerned with how they finish in the W/L column so much as I want to see them get healthy and progress. It’s not a given that they need to add a player to replace Gordon Hayward—as long as everyone else steps up their game, and that’s what I want to see.

Boston has a ton of guys who are on the upward trajectory of their career arc. Everyone of these guys has the ability to improve their game. And it’s going to take a commitment to improve from all these guys for the C’s to get out of the East. Guys like the Williams duo and Langford and Nesmith won’t ride to the Finals on the coattails of the Jays. They’ll get to the Finals if they’re willing to put in the work required.