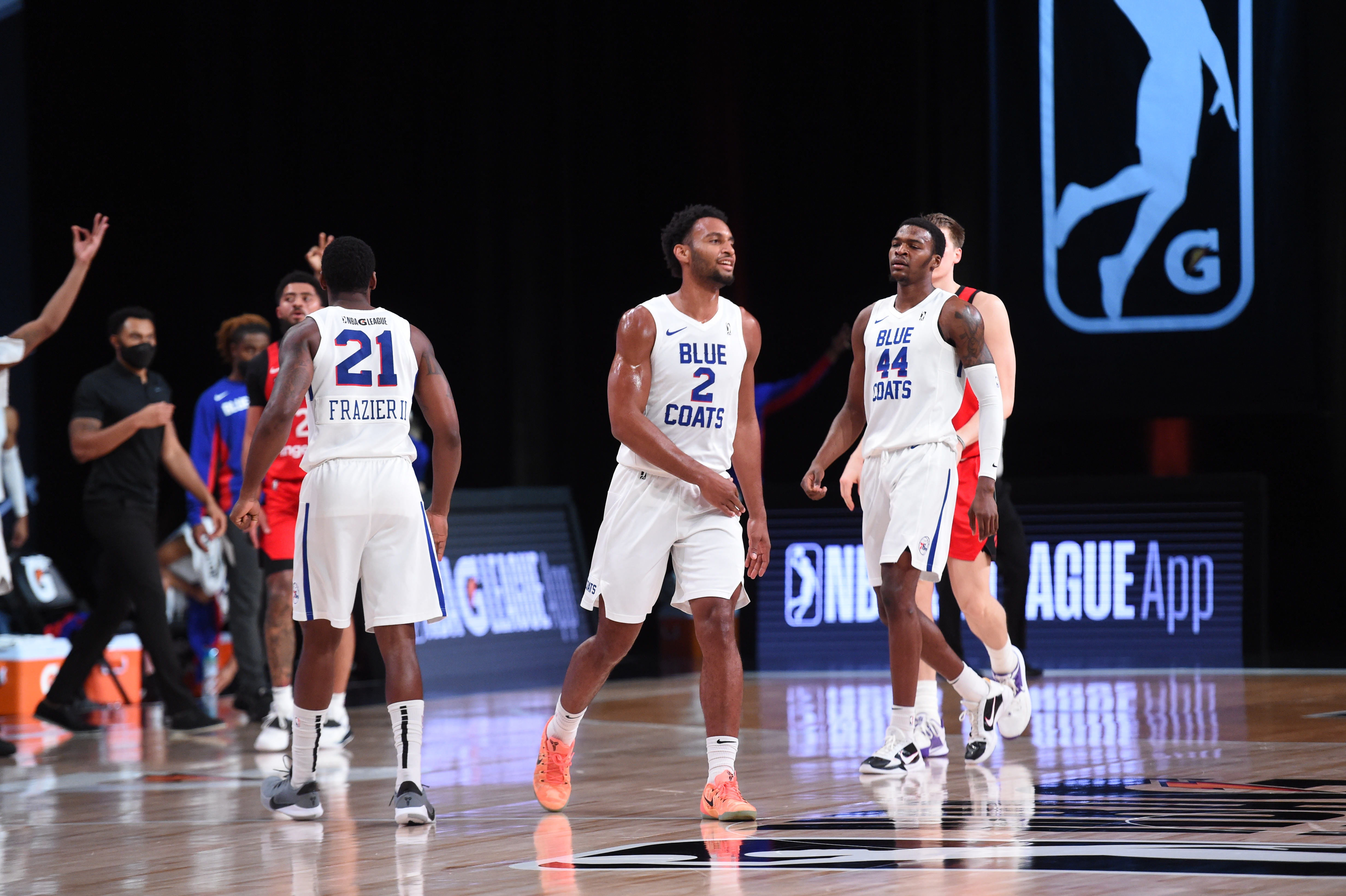 The Delaware Blue Coats are moving on to the NBA G League Finals after upsetting the top-seeded Raptors 905 127-100 on Tuesday night in the semifinals.

As a team, the Coats shot exceptionally well from the perimeter, shooting 53.2 percent from the field and 44.2 percent from distance. Delaware also got it done on the defensive end by forcing 23 turnovers against a Raptors team who were tops in all of the G League in offensive rating during the regular season (118.6).

Head coach Connor Johnson was very satisfied with the defensive effort his team showed in the semifinals.

“I think that our defense kind of really carried us today. I mean we talked about Paul, a lot of credit goes to him, but everyone else shows a level of toughness and a level of being able to guard your man one on one. And a level of togetherness that was helpful for us to play well,” he said.

“So I think we are definitely excited to play on Thursday, and I think our guys definitely need to rest. We need to have a great session tomorrow on the court to get us prepared for what Lakeland’s doing because they have been playing really well to get to this point.”

Johnson also added how excited and antsy the team is going into Thursday saying, “We’ll be the last ones walking around the Disney arena.”

As for Paul Reed, he continued to solidify his case for G League MVP this season after his performance against the Raptors 905. The second-round pick was the Coats’ leading scorer, dropping 26 points on 10-of-18 shooting from the field. He also added ten boards and five assists.

After the game on Tuesday night, Reed explained the confidence level of the team and himself.

“Confidence… it’s through the roof, it’s on 11. On a scale of 1-10 its on 11. We got a coach that trusts us to handle business and that’s all the confidence we need right there. I put the work in, and I get the confidence from that.”

Braxton Key also had a standout performance against the Raptors 905. He scored 21 points on 5-of-6 shooting from behind the arc.

Sixers rookie Isaiah Joe who has played in the last few games for the Coats down in the bubble continued his dominance as well. He put up 24 points, five rebounds, and three assists.

The Blue Coats will need their top players to continue to step up if they want to win the G League title. Delaware will play the Lakeland Magic Thursday afternoon at 4:30 on ESPN2.