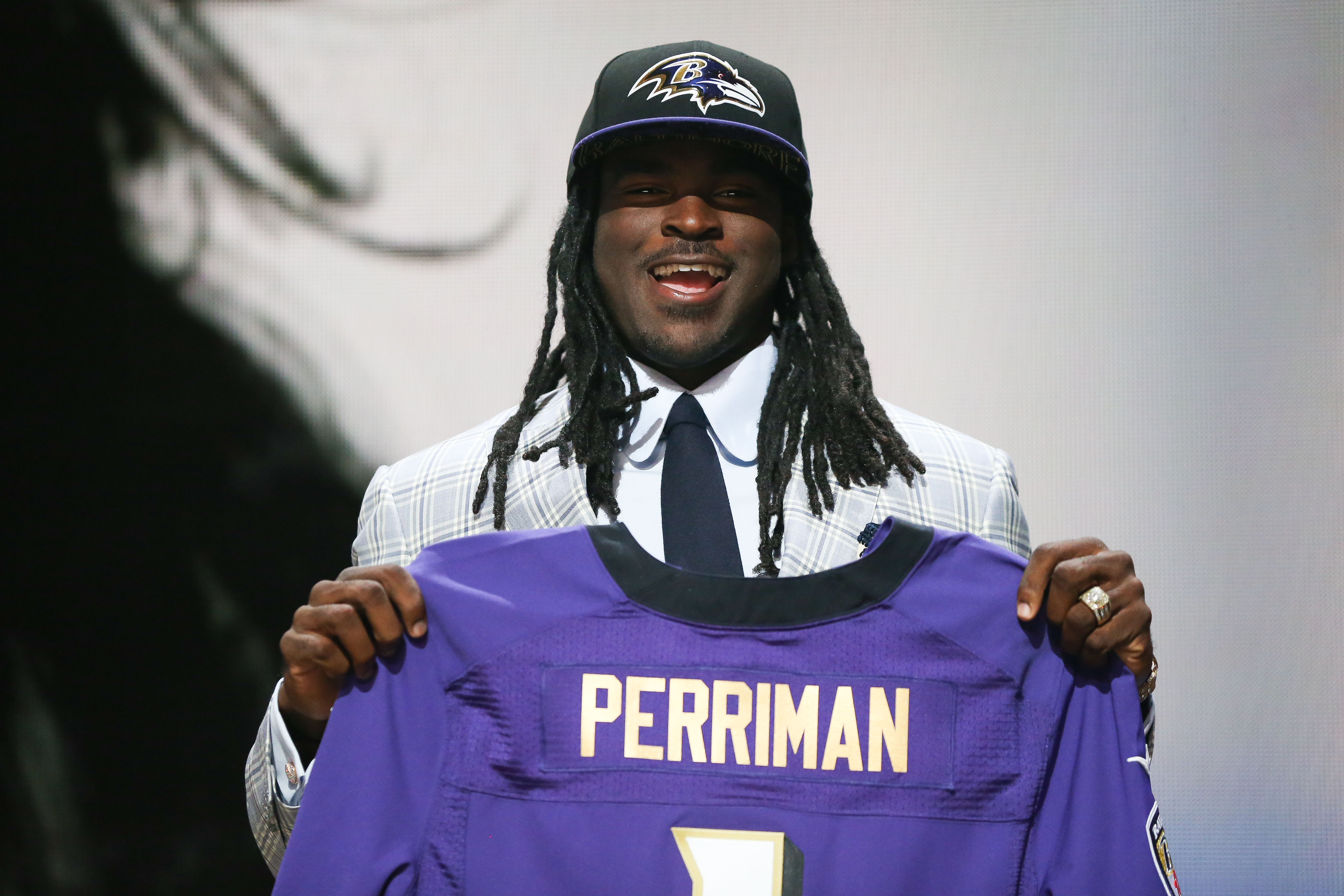 Ryan Mink writes for the Ravens but always has an individual and objective perspective to add to the current news.  Here are Mink’s takes on whom he thinks the Ravens are looking hard at regarding the bolstering of two positions of need:

“Lamar Jackson is already one of the most dynamic quarterbacks in the NFL, but he could be even better if he had a true No. 1 wide receiver to rely on. Bateman’s combination of size, speed and athleticism is exactly what Jackson needs, and he’d be a huge steal this late in the first round.” Luke Easterling, Draft Wire

“The Ravens have not had a ton of luck with receivers but they’ll have to try again here with Rashod Bateman. Bateman can win fast and underneath which gives Lamar Jackson a receiver that fits his play style. This would be an excellent fit.” – Alec Pulido, Sports Illustrated

“Getting Lamar Jackson a bona fide No. 1 option should be seen as essential for the Ravens. An Allen Robinson clone in a sense, Bateman is a perfect fit in the Ravens offense as his playing style projects well with the style of offense that the franchise has shown under Jackson. Bateman is a polished route-runner that possesses strong hands.” – Jordan Reid, The Draft Network

“Adding another play-making wide receiver will continue the growth of Lamar Jackson in the passing game. Marshall’s big frame and speed provides a huge catch radius down the field.” – Maurice Jones-Drew, NFL.com

“The Ravens need receiver help, and they specifically need a big X-type receiver. There is only a slim chance that Rashod Bateman will fall to them at Pick 27, so instead they get Marshall. The LSU product played outside during the Tigers’ run to the 2019 national title but then moved inside and played some in the slot during the 2020 season. The Ravens scored 11 receiving touchdowns through players lined up out wide in 2020. Marshall hauled in 10 himself in 2020.” – Seth Galina, Pro Football Focus

“Players who accounted for 55.8% of Baltimore QB pressures from a season ago are set to become free agents, most notably Matt Judon, Tyus Bowser, and Pernell McPhee. Re-signing all of them will be difficult, which likely means filling some holes elsewhere. Adding to the unit through the draft would be the smart way to maintain a high talent level without overspending on one position.” – Ryan McCrystal, Sharp Football Analysis

“Yannick Ngakoue and Matt Judon will be free agents in a few weeks and — even if one returns — the Ravens need to get better off the edge. Oweh has all the physical tools to make the jump to the NFL, he just needs more experience.” – Ryan Wilson, CBS Sports

“This is a team that could lose both Matt Judon and Yannick Ngakoue in free agency. Landing some edge help really makes sense. They could also look at Notre Dame guard Aaron Banks.” – Pete Prisco, CBS Sports

“The 6’7″ defender has tremendous length to disrupt opposing quarterbacks, but he isn’t the most flexible edge-rusher. He may be more effective rushing from the interior in sub-packages once he enters the NFL. The Ravens have an outstanding defense and experienced staff who would be capable of utilizing Rousseau properly and maximizing his potential.” – Brent Sobleski, Bleacher Report