Five Wide Receivers the Packers Should Target in Free Agency 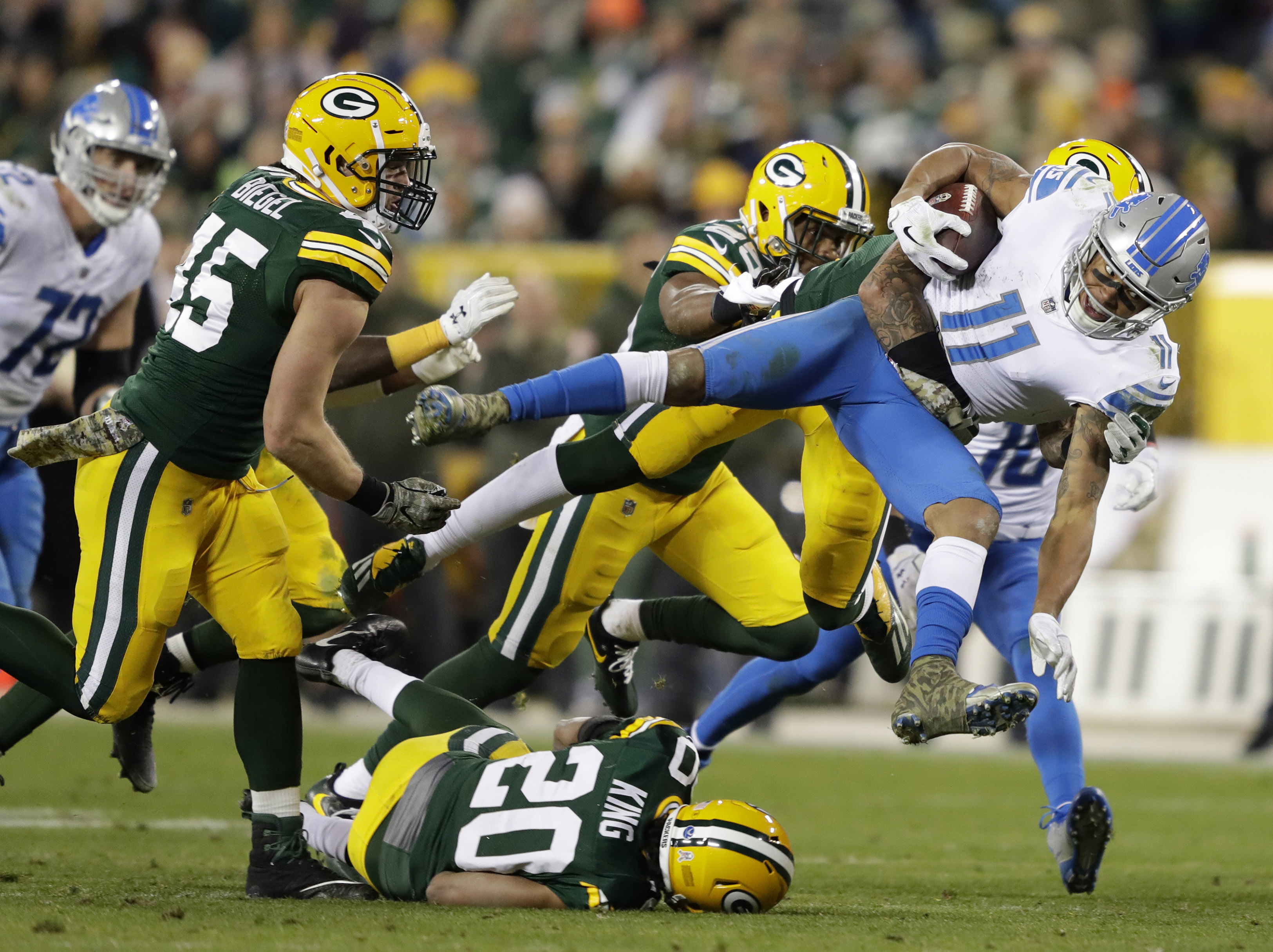 Five Wide Receivers the Packers Should Target in Free Agency

Wide receiver depth remains an issue for the Green Bay Packers as we head into the 2021 offseason. Davante Adams is the undisputed number one but behind him there are still questions.

Marquez Valdes-Scantling has killer speed but inconsistent hands. Allen Lazard missed significant time due to injury in 2020 but is consistent when he’s in the lineup. Devin Funchess just agreed to a pay cut to remain in Green Bay this season and Equanimeous St. Brown is looking to make good on the promise he showed coming out of Notre Dame.

The Packers lack a natural slot receiver and haven’t had one since Randall Cobb was healthy and productive.

Green Bay may add a veteran free agent to add depth and fill the need for a slot receiver or a bona fide number two. The Packers may also draft a wide receiver or two to add competition although rookie receivers rarely make a huge impact in their first NFL season.

With that in mind, here is a look at five wide receivers the Packers could target in free agency this offseason:

Smith-Schuster would be a huge addition for the Packers if they could sign him, but the price will likely be prohibitive.

Smith-Schuster has average speed for a receiver but makes good moves and uses his size to get open and outmuscle smaller defenders.

If Smith-Schuster and Adams were to team up, the Packers receiver position would instantly become deep and talented with multiple skill sets available for Aaron Rodgers to throw to. The problem is the price tag for Smith-Schuster would simply be too high for the Packers to sign him without making some major moves to free up cap space.

Golladay is 6’4” and has the size and build the Packers prefer in their receivers. He is also a strong blocker for a wide receiver, something the Packers coaching staff values in their wideouts.

Last season, Golladay played in only five games due to Covid-19 and some injuries. In 2019 when he was last healthy, he caught 65 passes for 1,190 yards and scored 11 touchdowns while earning Pro Bowl honors.

The former Northern Illinois star will turn 28 in November and should have several quality seasons left if he’s healthy.

Golladay may cost too much for the Packers to sign but if they did add him, he could be a real difference maker at the position.

Jones is an experienced wide receiver who could add some depth for the Packers at this key position. The Cal alum caught 76 passes last season for 978 yards and nine touchdowns.

Although he’s never made the Pro Bowl, Jones is a steady contributor who could solidify the number two receiver spot without breaking the bank.

At 6’2”, Jones has the height the Packers look for at the receiver position. His run blocking graded out poorly according to Pro Football Focus and that may be a concern for the Packers who like to have their receivers block on running plays.

Jones is 31 and still should have a few solid seasons left before he starts to slow down.  He uses his size well and that makes him a strong red zone target. In fact, he has nine or more touchdown catches in four of the last seven seasons.

Jones isn’t spectacular, but he’s consistent, steady and smart and would be a solid addition to the Packers receiving corps.

Davis is a former first round pick, fifth overall in 2017, who never quite lived up to that lofty draft position. Davis has been productive, but not at the level you expect from such a high pick.

He enjoyed his most productive season in 2020, catching 65 passes for 984 yards and five touchdown passes. His catch percentage was 70.7 percent, the highest of his career although this has been an issue through his first three NFL seasons.

Davis has the height the Packers like at receiver, standing 6’3”. The former Western Michigan star also has experience in Matt LaFleur’s system since LaFleur was the offensive coordinator for the Titans in 2018.

If the price is right, Davis would give the Packers a more consistent weapon at WR2.

The Packers have been interested in Fuller for some time and were in negotiations with the Texans to acquire him at the trade deadline last season. The deal fell through because Houston was asking for a second-round pick and the Packers didn’t want to spend that on a rental player. Now, Fuller is a free agent.

Fuller caught 53 passes last season for 879 yards and eight touchdowns while playing only 11 games. He was suspended late in the season for violating the NFL’s policy against PEDs. He still has one more game to serve on his six game suspension and could not play in the season opener if he signs with the Packers.

LaFleur has raved about Fuller and expressed a lot of interest in bringing the former Notre Dame star to Green Bay. Fuller has outstanding speed and grades out well as an all-around receiver as well. He would give the Packers a great starting duo at wide receiver and allow the team to instantly have more depth as well.