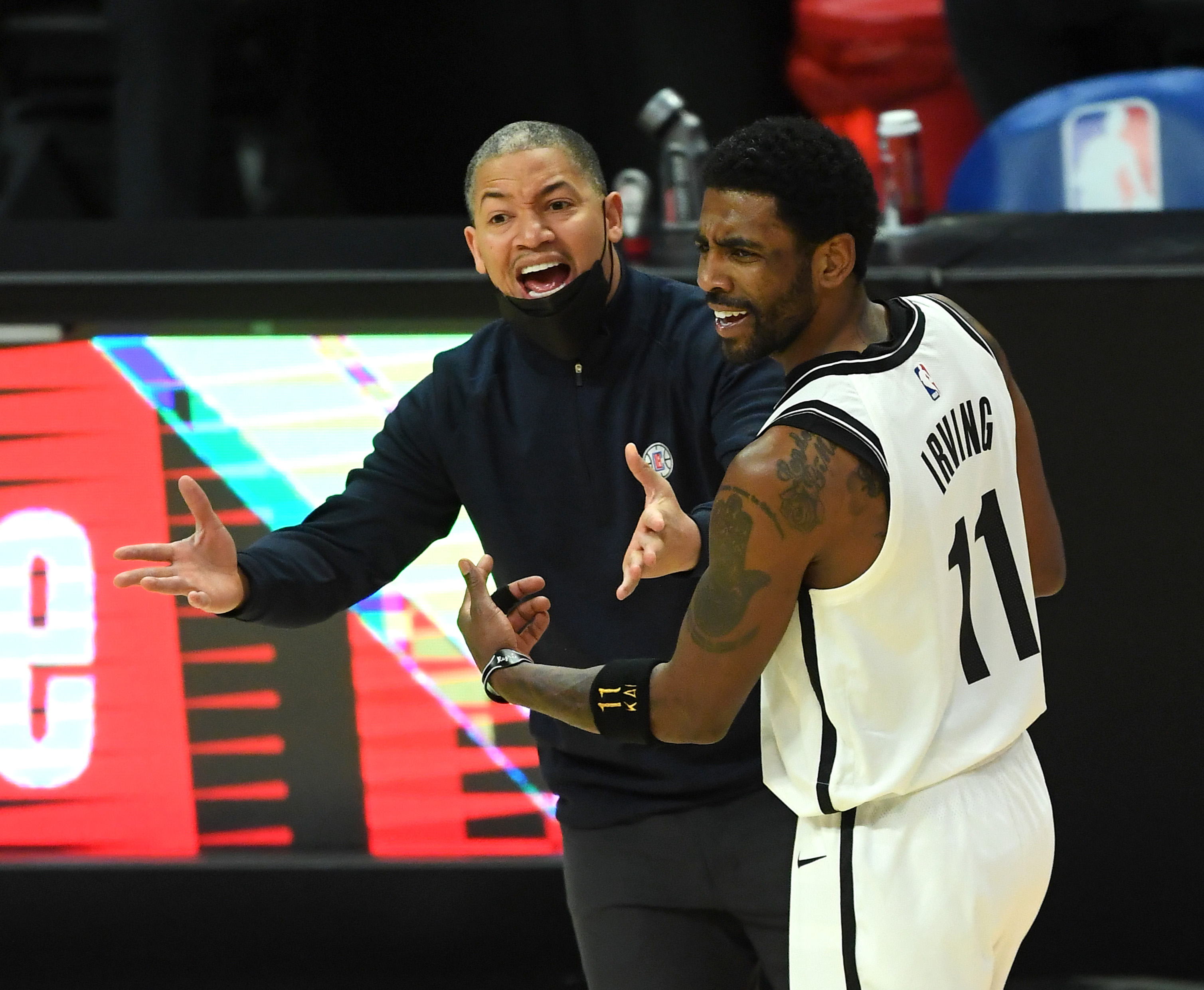 Kyrie Irving hugged it out with his former Celtics teammates after the Nets’ most recent game, and he made sure to let the world know about it.

Celtics fans blame Irving for the team’s chemistry issues, whether right or wrong. And while Irving continues to claim that he wasn’t the main cause of the friction, a strong argument can be made to the contrary. He did, after all, throw his teammates under the bus in comments made to the media, and was, at times, unapproachable.

And it’s not like Irving has been known for getting along with his teammates. He essentially pushed his way out of Cleveland because of what appeared to be some disagreements with LeBron James, and he lasted only two seasons in Boston, before it all came crashing down.

Still, through it all, he continues to try to build a straw man about being blamed for the tension on his former teams. That’s exactly what he did in speaking to reporters after Thursday’s 121-109 win over the Celtics.

“Big surprise, huh?” Irving said, referencing the hugs shared with his ex-Celtics teammates (via Masslive.com). “To a lot of people? All that (expletive)-talking about me and all the relationships I have with every teammate of mine. I’m glad we get to see it every single game that I’ve got some great people out here.”

Irving somehow continues to believe he’s been unfairly targeted by critics — even though he’s often the terminus point of negativity surrounding teams he’s played on.