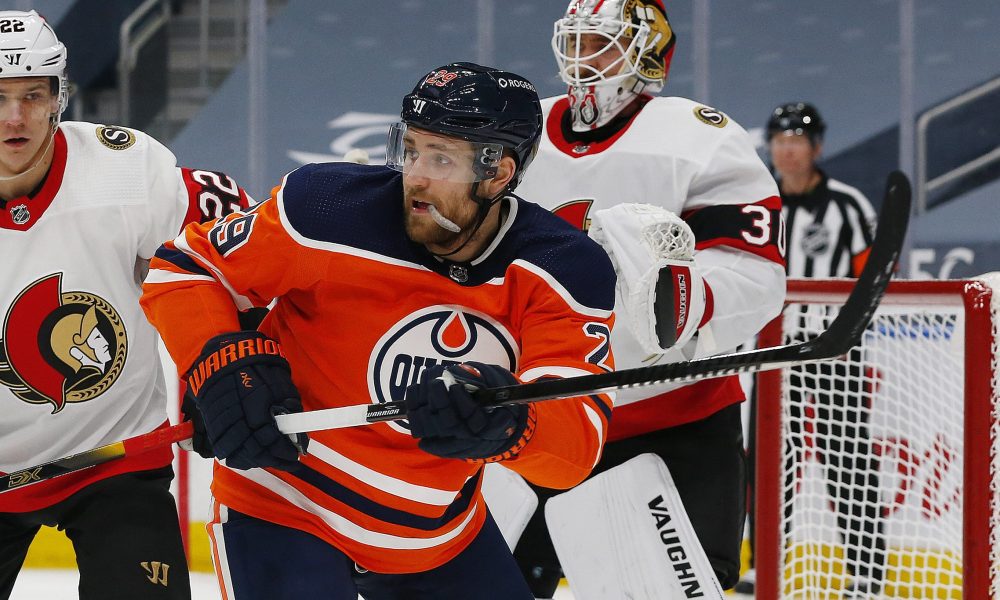 Just nine days after being swept in a three-game miniseries by the Toronto Maple Leafs, the Edmonton Oilers can return the favor by sweeping the Ottawa Senators for their fourth straight victory tonight at Rogers Place. Its the seventh and final game of a seven-game homestand that so far has seen the Oilers go 3-3-0.

Matt Murray gets the nod for the Senators, while Mike Smith gets the start for the Oilers.

Edmonton: Don’t relent. The Oilers dominated on Wednesday night from the opening puck drop until the conclusion of the game. In the words of the Senators, they were embarrassed by their performance. The Oilers will need to be ready to roll tonight, as Ottawa will certainly come out flying. Edmonton is the better team, but they need to play their game and be ready to roll from the opening puck drop. Tonight will be a much tougher test, the Oilers can’t relent.

Ottawa: Play a smarter brand of hockey. I won’t question Ottawa’s effort, because I do believe they fight hard every night. Issue is, the Senators make too many mistakes, and those mistakes crushed them Wednesday night. They need to play a more physical, smart style of hockey. Don’t let Edmonton get setup in the zone and stop taking penalties in the neutral and offensive zones. The less mistakes, the better,

Edmonton: Tyler Ennis remains in the top-six tonight on the second line. The Oilers are in desperate need of one of their skilled left wingers to step up and post some offensive numbers. Ennis didn’t get rewarded on Wednesday night, but he played a relatively strong game and created chances. He’s been getting close, and it feels like he’s on the brink of breaking out. Could tonight be the night?

Ottawa: Thomas Chabot has the tough task of defending against the Oilers top-line on a nightly basis. He’s also the Senators’ best defenseman when it comes to transitioning the puck from defense to offense. If the Senators are going to create anything against the Oilers tonight, they’ll need a much better transition game than they had on Wednesday. It starts with Chabot.

Just one change for the Oilers tonight, as veteran Kris Russell exits the lineup. He’s dealing with a nagging injury. Forward Josh Archibald is still hurt and will miss his fourth straight game, while Kyle Turris remains on the COVID-19 protocol list. Zack Kassian is getting close to a return, but is still on IR.

“We started a little bit slow and we got going a little bit,” Head Coach Dave Tippett said earlier Friday. “The lessons that we talk about every day is to not get too high and not get too low. Let’s make sure we’re doing things right to give ourselves the best chance to be successful every night. To do that, you need everybody playing at the best level they can.”

How big is the first goal at home for the Oilers? They’ve gotten it seven times, and are 7-0-0 in those games. Six of those seven games were regulation wins, with an overtime victory over Toronto the lone exception. Don’t fall behind this Oilers team at Rogers Place if you want to collect points this season. Edmonton is 2-8-0 when surrendering the first goal, but has won two straight in that scenario.

This will open Edmonton’s fifth back-to-back set of the season. Edmonton is 3-1-0 in the first half of those sets, and 4-0-0 in the second half. In their most recent back-to-back set, the Oilers swept the Calgary Flames on another Friday/Saturday set of games. The Oilers won 2-1 in Calgary on February 19th, then 7-1 on the 20th at Rogers Place. They’ll face the Canucks in Vancouver tomorrow night to finish off this back-to-back set.