Your Morning Dump... Where the C's came up short against the Nets 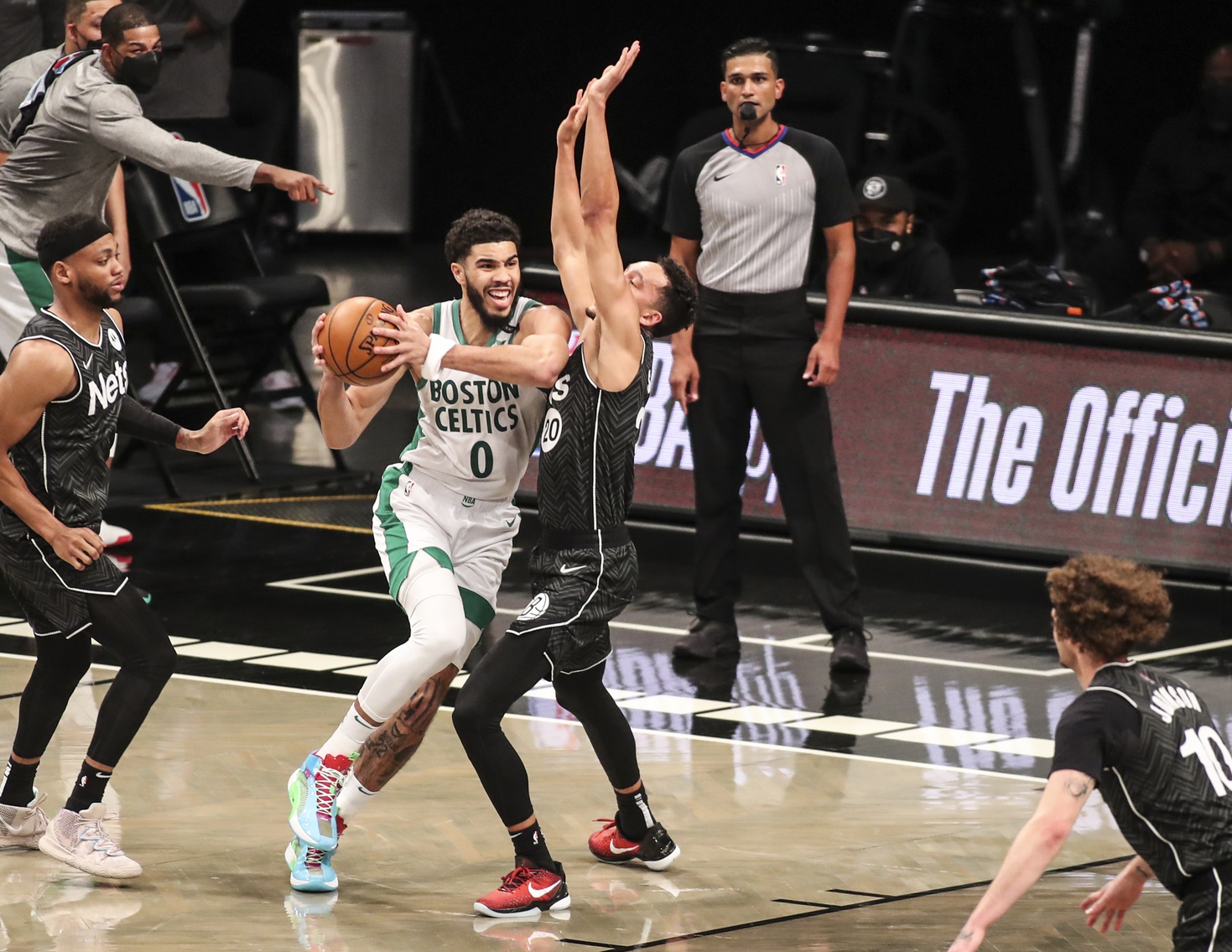 Your Morning Dump... Where the C's came up short against the Nets

Brad Stevens had just one complaint about Marcus Smart’s return to the Boston Celtics’ lineup on Thursday: He couldn’t play Smart more.

Smart returned to action on Thursday for the first time since suffering a calf strain on Jan. 30. His efficient 19-point performance helped the Celtics keep pace for three quarters before the Brooklyn Nets pulled away for a 121-109 victory.

“As far as Marcus’ minutes, great to have him back out on the floor. The 5-minute stints suck,” Stevens said. “It is what it is. There’s only so many ways to manage that, to have any rhythm at all. You want him to be able to end the game and use his versatility defensively. I know he’ll be excited when that 20-minute deal is over. But I thought he looked good, I thought he did a lot of good things, and he’ll only get better as he gets more used to game action.”

One of the interesting aspects of the NBA’s stats site is that, if you’ve got a ton of time on your hands, you can actually watch an entire game just by clicking on individual player FGAs in the box score. Granted, it’s choppy as all get-out, but it does allow you to take a second look at what’s really going on.

A review of all Kyrie’s shot attempts from reveals that Marcus Smart was the defender on surprisingly few of those shots. There were a few shots early where a plainly just-back-from-injury Smart got baited into picks and screens that he’s probably kicking himself over today. His court vision, like his calf, isn’t 100% yet. I didn’t keep a tally, but I’d be surprised if Smart was the defender on even a third of Irving’s shots last night.

In fact, the player who got burned most often–especially in the early going, was Jaylen Brown, who also struggled at the other end of the court:

First off, this one was not pretty for Jaylen Brown, who recently starred in the first All-Star Game of his promising NBA career. The 24-year-old couldn’t gain any sort of rhythm offensively as he was a putrid 5-for-23 from the floor and only 3-of-12 from 3-point range.

While the Celtics certainly could have used the All-Star version of Brown in this game, it’d be silly to take anything serious away from his lackluster performance. Chalk it up to a little bit of rust after a week off and move on.

But the primary takeaway was that last night’s game was not how the C’s will defend the Nets come playoff time–if everyone’s healthy. Irving feasted on a slew of different defenders, where under a fully healthy C’s lineup, he’s likely to be matched up consistently against one Marcus Osmond Smart.

And the main thing, right now, is not the standings. Seriously, it’s not. I mean, I don’t want the players to have that attitude, but for those of us who are watching the game, what this team needs is for its best four players to start accumulating minutes of actual playing time. The season is more than half over. The C’s have played 1,781 minutes of basketball, and of those 1,781 minutes, Walker, Tatum, Smart and Brown have been on court together for only 39 minutes. And eleven of those minutes came during last night’s game. I mean that is ridiculous.

The rest of the recaps

MassLive: Boston Celtics outlasted by Brooklyn Nets in potential NBA playoff preview: ‘We’re still trying to get to that level’ | Marcus Smart’s return a welcome bright spot for Boston Celtics in loss to Nets | Jayson Tatum’s 31 not enough as Celtics fall 121-109 to the Nets and Kyrie Irving’s 40-point night

The Athletic: Healthier Celtics should be able to start building now, even after mistake-filled loss to Nets

Page 2: Where Chris Forsberg has some alternate trade targets

Despite his pleas for people to stop putting him in mock trades, Nance is going to draw obvious interest from contenders on a thin seller’s market. He possesses the sort of shooting with size that Ainge might covet. Even better, he’s under contract for two more seasons at descending salary.

Alas, that means the price tag could be high to pry him out of Cleveland. The Cavaliers will probably ask suitors if they’d consider Taurean Prince ($12.6 million) instead.

It’s understandable the Pistons want to keep Grant but would they sell high on someone like Wright, who is having a really solid year while shooting 38.4 percent on 3-pointers and really filling up the stat line (4.9 assists, 4.6 rebounds, 1.4 steals per game)?

If the C’s make a move during the season, I don’t expect it to be a ‘big splash’ move. Any player they add is going to have to slot in behind the Jays—and for most of them—Kemba Walker as well, in terms of scoring opportunities. That’s a huge ask for guys like Bradley Beal and Nikola Vucevic.

Given that the C’s have barely scratched the surface of what the current lineup is capable of, it seems incredibly premature to talk about shaking things up.

The C’s are one guy away from being fully healthy for the first time in a year. Think about that. Ever since the season was suspended last March, the C’s have had somebody either playing through an injury or just plain unavailable. We have absolutely no idea what this team is capable of when it’s at full strength. 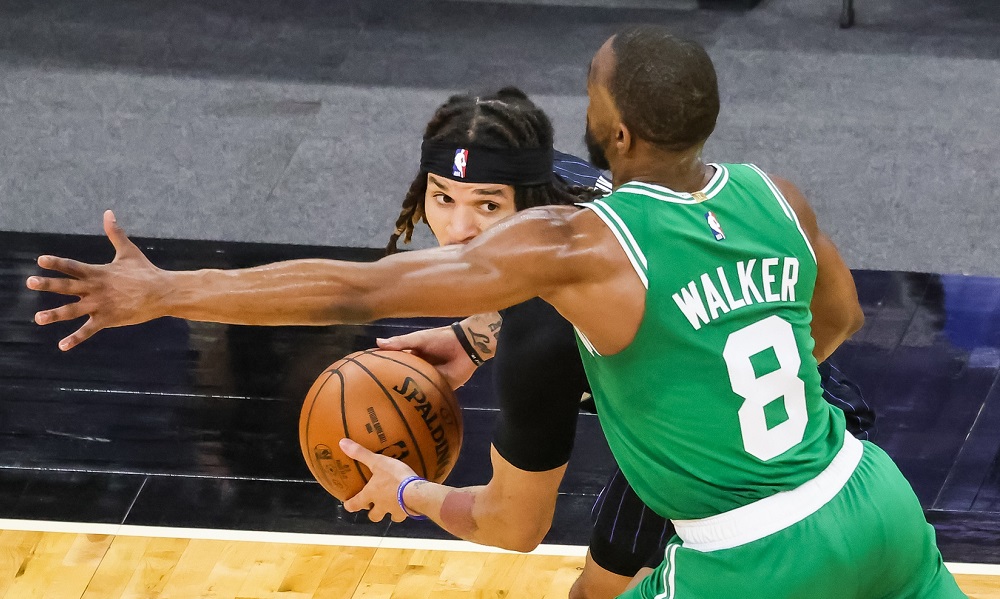