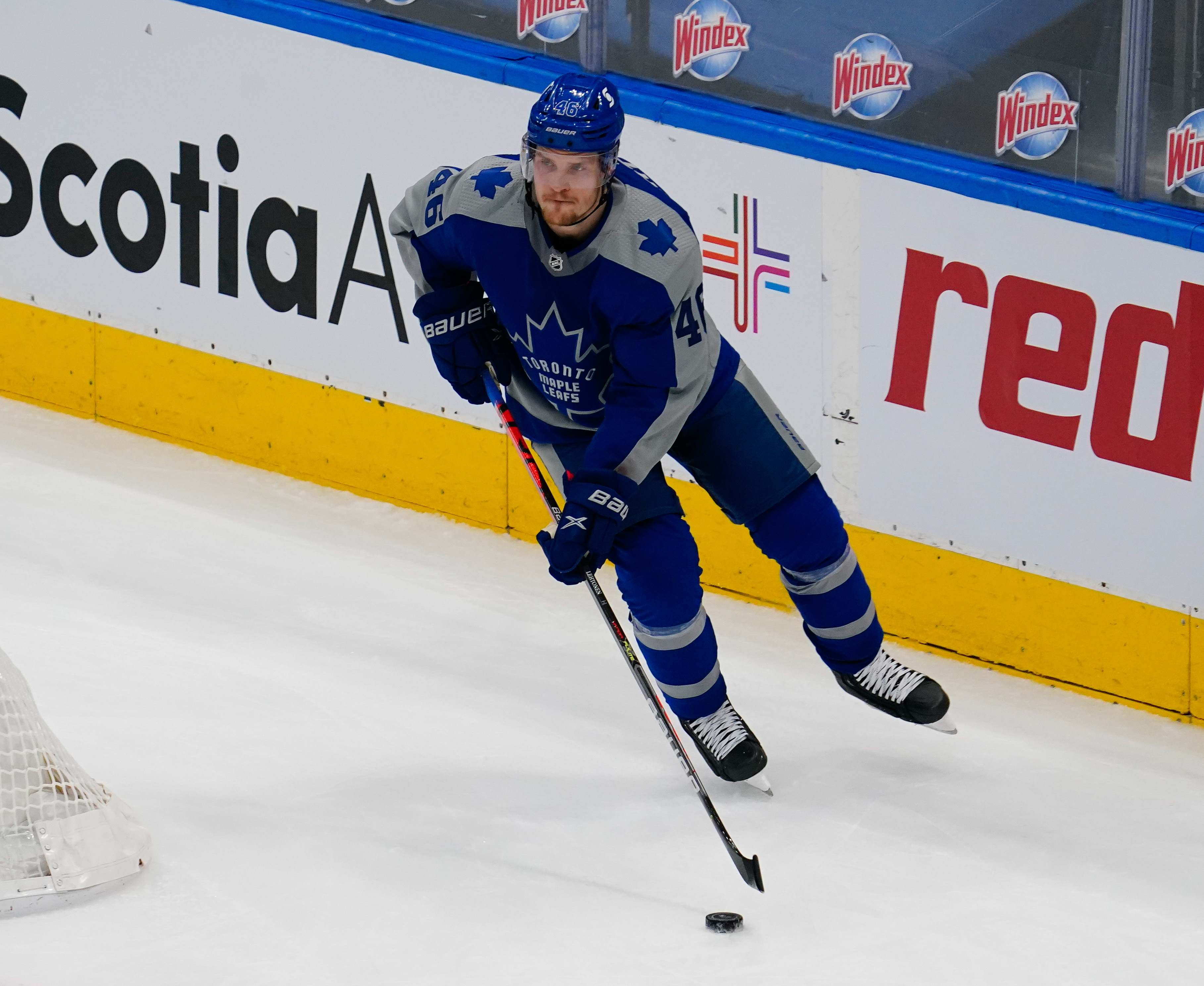 The Toronto Maple Leafs and Columbus Blue Jackets were involved in a minor National Hockey League trade on Friday that involved a pair of Finnish hockey players. The Maple Leafs traded defenseman Mikko Lehtonen to the Blue Jackets for goaltending prospect Veini Vehvilainen according to Rogers Sportsnet.

Lehtonen was in his rookie season with the Maple Leafs in 2020-21. He should not be confused with the other Mikko Lehtonen who played two games with the Boston Bruins from 2008 to 2010.

A defenseman, the Mikko Lehtonen now with the Blue Jackets is 27 years of age. The native of Turku, Finland was undrafted, before signing a one-year contract on May 4, 2020. He is currently making $925,000 this season. In nine games with the Maple Leafs this season, Lehtonen had three assists with a +1, four penalty minutes, one power-play point, two blocked shots, five hits, one takeaway, and five giveaways.

Prior to playing in the NHL, Lehtonen played eight seasons of professional hockey in Europe in the Liiga (Finland), the Swedish Hockey League, and the Kontinental Hockey League (professional hockey league in Russia). He also won the gold medal with Finland at the 2014 World Junior Hockey Championship in Malmo, Sweden, and the 2019 World Hockey Championship in Bratislava, Slovakia.