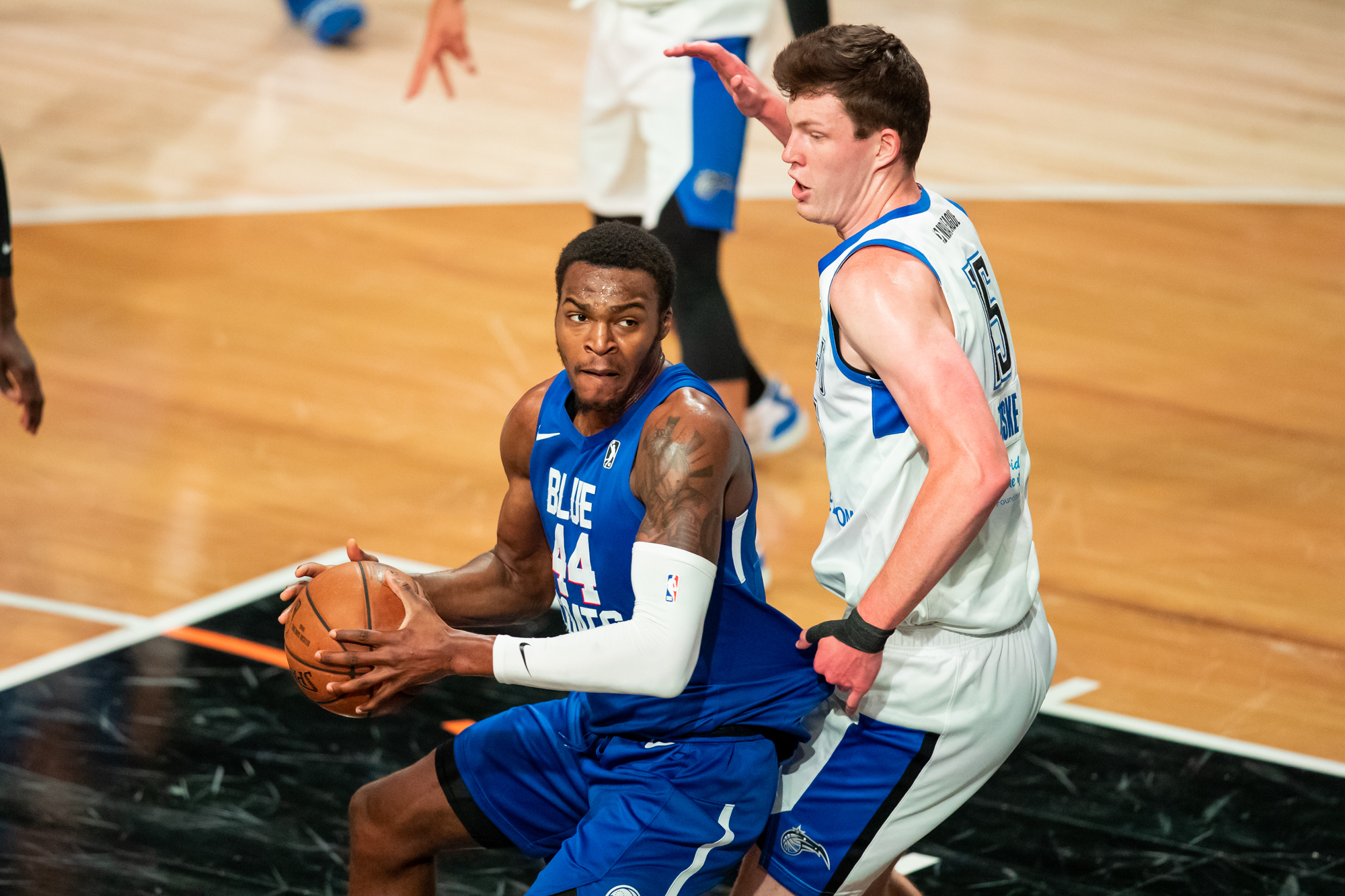 The Delaware Blue Coats fell 97-78 to the Lakeland Magic on Thursday afternoon in the NBA G League Finals.

Rayjon Tucker was the leading scorer for the Coats, scoring 20 points and dishing out five assists. Delaware could not get anything going offensively and struggled to get stops on the defensive end of the floor.

Despite the loss, the Coats still had a very successful year in the Orlando bubble. Head coach Connor Johnson reflected on what he learned about his team in the shortened season.

“I think that’s all the sort of stuff that’s going to help these guys as they move forward. To be able to create your own energy, to be able to play hard every time, to be able to be locked into the game, and be competitive are traits that are very hard to coach.”

From a developmental standpoint two players who made significant impacts on the team and showed improvement were Isaiah Joe and Paul Reed.

Reed arguably put up MVP-like numbers in the bubble averaging 21.9 points, 11.5 rebounds, and 2.1 assists per game. The rookie forward has definitely shown that he has the ability to become a key contributor with the Sixers or another team down the line.

Joe played in seven games with the Blue Coats after being sent down by the Sixers, but made a tremendous impact late in the season and throughout the playoffs.

The second-round pick scored 18 points in the Finals loss but seemed encouraged about the time he spent with Delaware in the bubble.

“The biggest takeaway is just be who you are, really try to get better at your game, and really work hard on the things that you’re going to be utilizing in the next level,” Joe said.

“I really tried to take that and use that as leverage, just getting better at my game and getting into a rhythm. So, just staying within myself.”

The rookie guard took being sent to Blue Coats in stride and produced in the minutes he was given. The development with the Blue Coats could be a huge boost for his game.

Even with the championship loss, Delaware had great success in developing young players for the future and continues to show the string of success the Sixers have had as an organization in molding that talent.