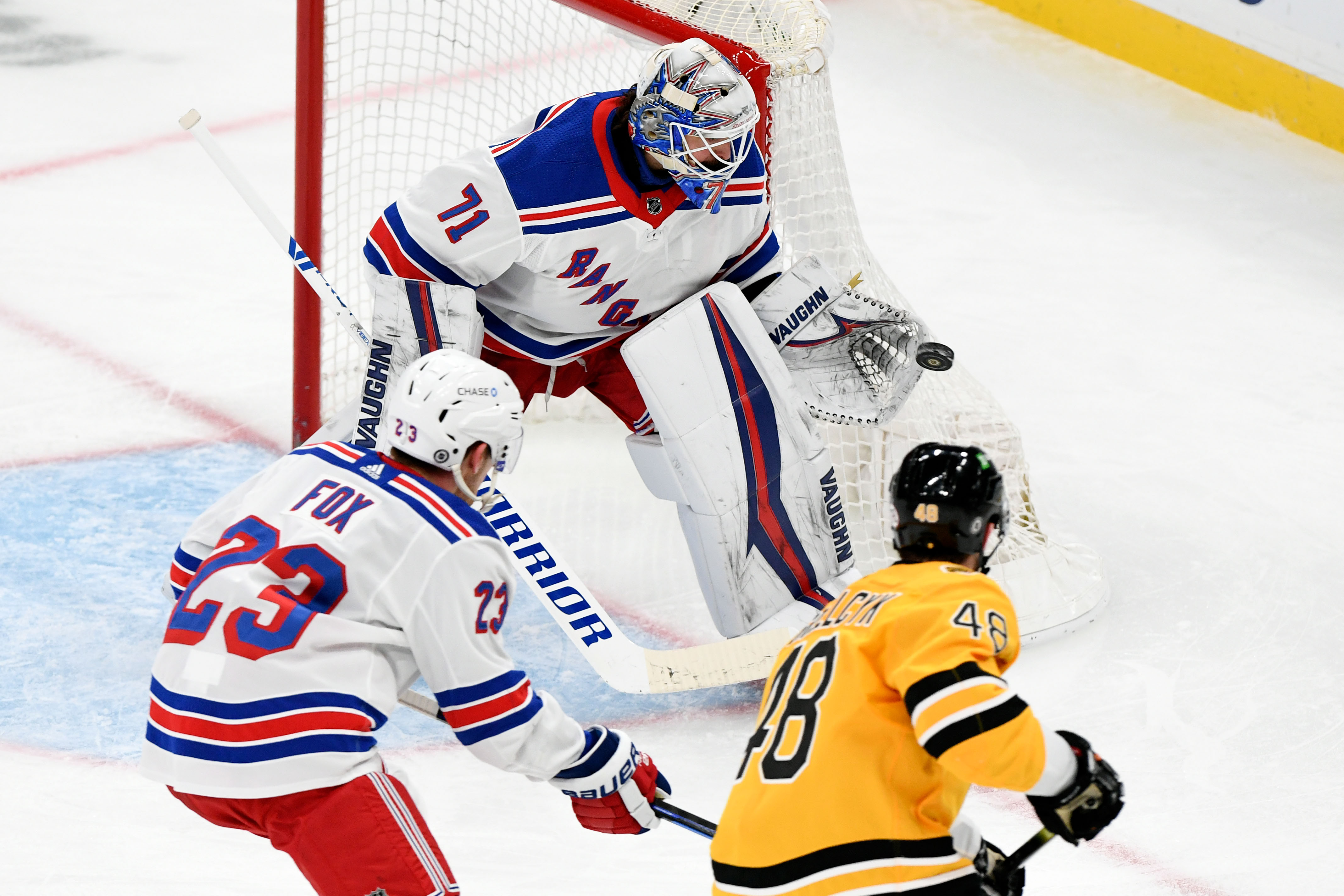 Keith Kinkaid of Farmingville, NY notched his first shutout of the season and eighth shutout of his career on Saturday. The Union College Dutchmen product sizzled in between the pipes, as he made 18 saves in a 4-0 New York Rangers win over the Boston Bruins from the Toronto Dominion Garden in Boston, Massachusetts.

Kinkaid made six saves in the first period, five saves in the second period, and seven saves in the third period. David Pastrnak of Havirov, Czech Republic, and Craig Smith of Madison, WI, led the Bruins with three shots on goal each.

This was the second straight game that the Rangers played the Bruins to a 4-0 score. On Thursday, the Bruins beat the Rangers 4-0 thanks to a shutout from Jaroslav Halak of Bratislava, Slovakia.

In the Rangers shutout win over the Bruins on Saturday, New York had three players with multi-point games. Pavel Buchnevich of Cherepovets, Russia,  and Chris Kreider of Boxford, MA each notched one goal and one assist for two points, while Mika Zibanejad of Huddinge, Sweden had two assists. The Rangers also got goals from Ryan Strome of Mississauga, Ontario, and K’Andre Miller of Saint Paul, MN. Strome has been heating up as of late as he has four goals in his last five games.

This was Kinkaid’s first shutout with the Rangers. His previous seven NHL career shutouts came while with the New Jersey Devils.

Saturday’s win was also Kinkaid’s first win as a member of the Rangers organization. He previously played in three other games this season, started one game, and came off the bench for the other two. In four games, Kinkaid has a record of one win, one loss, a goals against average of 1.53, a save percentage of .933, and one shutout. The undrafted 31-year-old signed a two-year contract worth $1.65 million with the Rangers on October 9, after a season with the Montreal Canadiens.