Oilers Believe They Did Enough To Win In Vancouver, But Come Up Empty-Handed 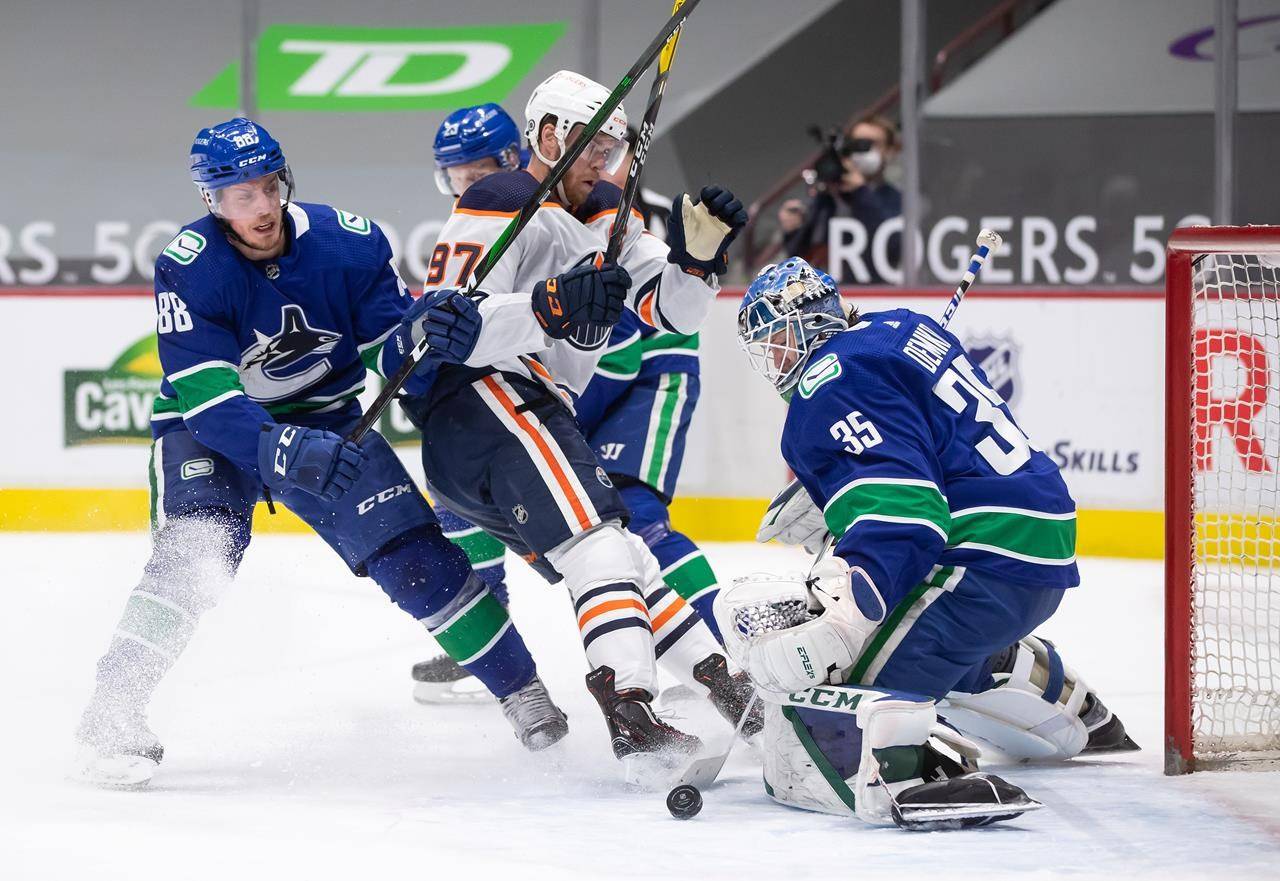 Oilers Believe They Did Enough To Win In Vancouver, But Come Up Empty-Handed

The Edmonton Oilers put forth a strong effort in the second half of a back-to-back set on Saturday night in Vancouver. It wasn’t enough in the end, however, as the Oilers fell 2-1 to the Canucks. A few bad bounces and a hot goaltender were the difference in the hockey game, which dropped the Oilers to 18-12-0 on the season.

Even with their four-game winning streak in the rearview mirror now, the Oilers have plenty of positives to take out of the game. They outplayed the Canucks for large stretches of the game, and created ample chances that Thatcher Demko made plays on.

“I think it could have went either way,” Ethan Bear said after the defeat. “We tried to play a tight road game and I don’t think we gave up a whole lot. It was a tight game right to the end, but that just shows you every little play counts.”

The Canucks scored a goal that more closely resembled a QB sneak from the one-yard line than a net-front scramble, and then capitalized on a mistake by depth wingers Patrick Russell and Devin Shore on the winner.

The Oilers had some golden opportunities of their own that they couldn’t finish off. Jesse Puljujarvi was robbed by Demko in the final minutes of the second period, while Draisaitl was wide open for the equalizer in the final minute when Tyson Barrie didn’t see him and fired a shot that missed the net.

“I thought we played pretty well for the most part,” Draisaitl said post-game. “We definitely had enough chances to win the game. Their goalie was good at the end, but I thought we had a couple chances where the puck could have easily went in. They made some good blocks. It’s unfortunate.”

The Oilers, 15-6-0 in their last 21 games, will win a lot more than they lose if they continue to play the way they did on Saturday night. They’ll need to hope for better bounces and better finish tomorrow night in Calgary.