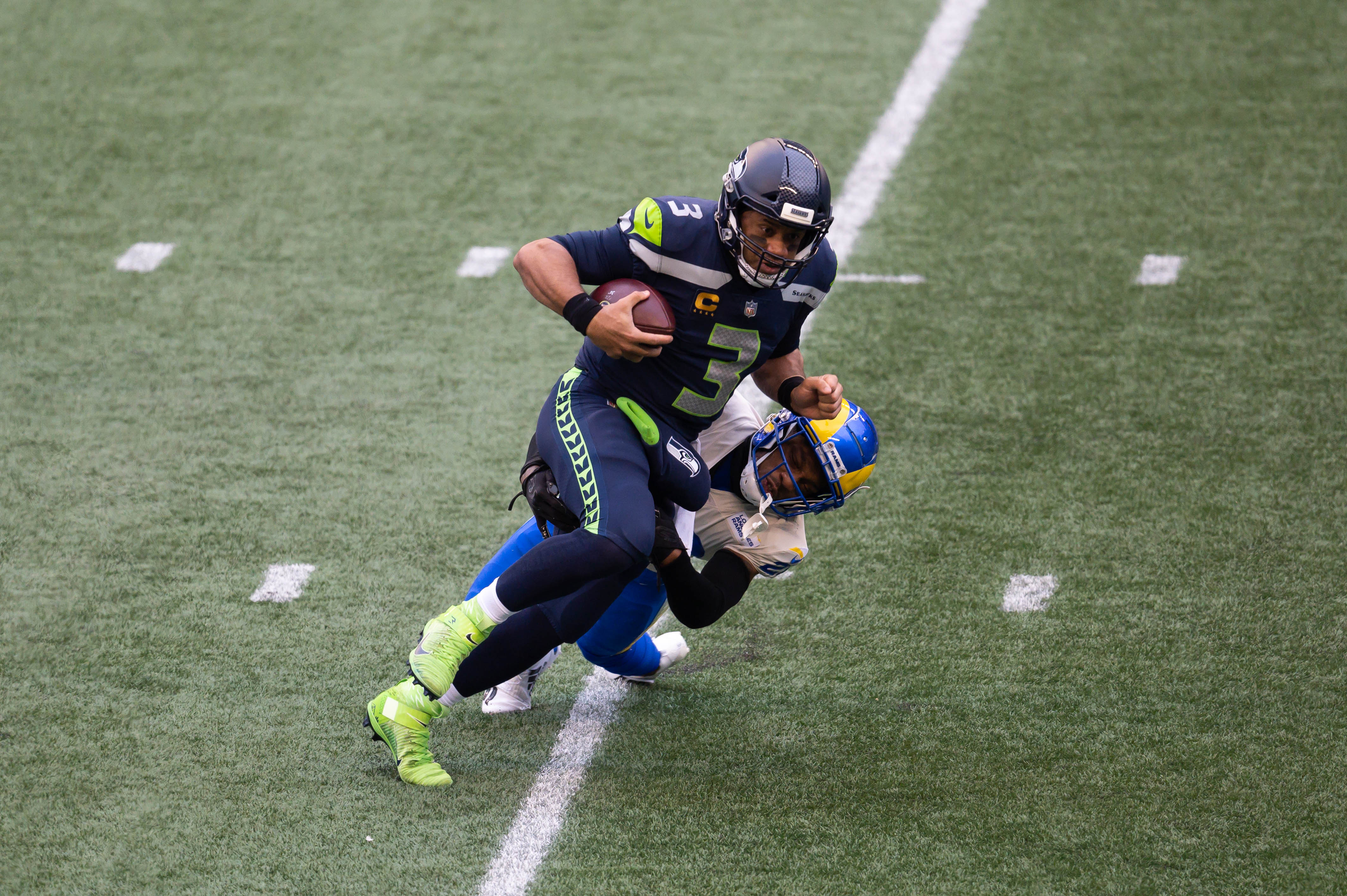 Russell Wilson is clearly unhappy with the Seahawks, for a confluence of reasons, but that doesn’t necessarily mean the team is looking to trade its franchise quarterback anytime soon.

Wilson, after all, led the team to a Super Bowl victory, which is a rare feat for a third-round draft pick. And the Seahawks have also awarded Wilson some massive contracts, showing him love for his on-field production. So it’s unlikely that they’re just going to give in to Wilson’s demands. They have all the leverage in this situation, as Wilson is under contract, just like Deshaun Watson.

But Wilson has made it clear he’s not thrilled with the team’s offensive scheme, or how his offensive line has failed to protect him. He doesn’t point out, however, that he often holds onto the football too long, and has been known to invite pressure with his playing style. A quick passing game might help offset some issues upfront.

And while trade rumors have been circulating, it sure doesn’t look like the Seahawks are entertaining calls from other teams.

“No one I’ve spoken with has said that Seattle has actually engaged in any of these talks,” NFL Network’s Ian Rapoport reported on Sunday. “It doesn’t seem like they’ve negotiated actively as far as a potential trade of Russell Wilson. They have listened, but they haven’t reciprocated.”

We don’t see Wilson going anywhere, at least not this season.