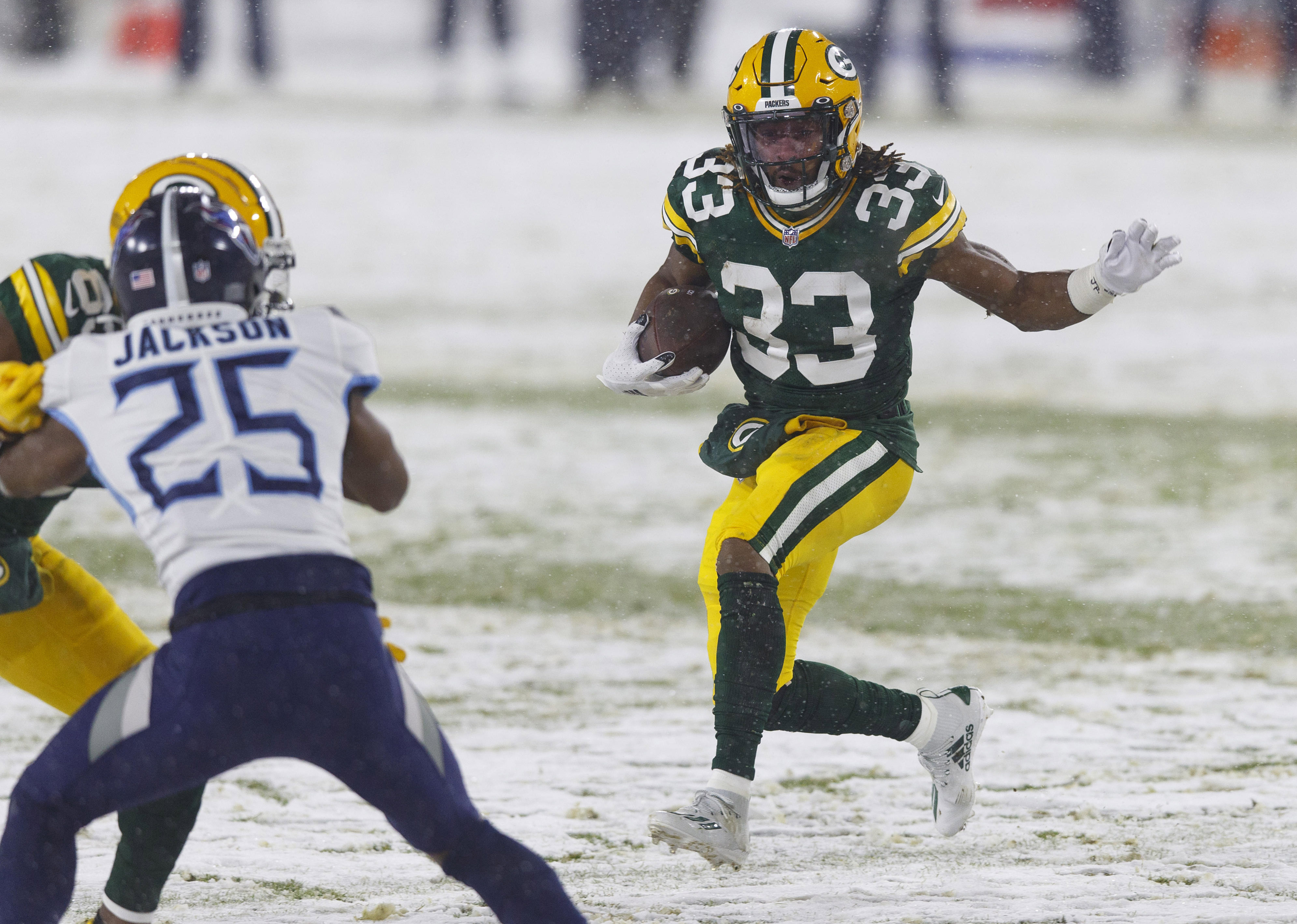 The Green Bay Packers announced that they had signed running back Aaron Jones to a four-year contract worth $48 million on Sunday. Jones was scheduled to be an unrestricted free agent later this week but will now remain in Green Bay. The deal included a $13 million signing bonus which will allow the Packers to spread some of that cap hit out over the length of the contract.

Here are five things we learned from the Packers signing of Jones:

There is little doubt that Jones could have gotten more money if he hit the open market. The Miami Dolphins were reportedly highly interested in signing Jones and adding him to their roster.

“We anticipated bigger offers in free agency,” Rosenhaus said. “But Aaron wanted to stay with the Packers.”

Both sides bent a little and the deal got done.

The Packers faced losing their top two running backs from last year if Jones and Jamaal Williams both departed in free agency. That would leave second-year man A.J. Dillon as the only experienced running back on the roster who the Packers thought could be a major contributor carrying the football.

Now the Packers are well set at the running back position. Jones and Dillon have complimentary running styles with Jones being more of a speed threat and Dillon more of a bruising inside kind of runner.

Dillon is also unproven as a blocker and pass receiver while Jones has improved in both of those areas to become a quality all-around back.

Jones has gained more than 1,000 yards in each of the last two seasons for the Packers and his speed, work ethic and versatility make him one of the keys to Matt LaFleur’s offense being run at such a high level. Keeping Jones in Green Bay keeps one of Aaron Rodgers’ top weapons on the roster and gives the team the ability to keep the NFL’s top-rated scoring offense a bit more intact.

With Jones back in the fold with a new, lucrative deal, Williams is all but certain to sign elsewhere. The Packers simply cannot afford to pay both Jones and Williams.

Williams has been a great teammate and a solid second running back for the past four seasons. He was the team’s best blocker and receiver in the running back room and a reliable inside runner. He will hit the open market now and he will be missed.

The Packers already figured they were not going to be able to afford Linsley and with the signing of Jones, that is all but confirmed. Green Bay will have a new center in 2021 as Linsley is due for a big payday in free agency.

Look for the Packers to still add another running back before training camp starts, but the level of urgency has now gone way down. GM Brian Gutekunst can still pick a running back on the third day of the draft, but now that player can be more of a specialist who can play a specific role whether it’s as a receiver out of the backfield or running gadget plays like the jet sweep or screen passes like Tyler Ervin has done during his tenure with the Pack.

The Packers could also sign a free agent running back but it would be a low-priced player at or near the veteran minimum.

Essentially, running back has gone from a definite need to secondary need and the team will look to add a role player with some upside if they add anybody at all.

Signing Jones to a big deal was a win-now move by the Packers. Running backs are considered “old” when they pass 28 years old and Jones will hit that mark after two more seasons. This contract was designed for the Pack to compete for another championship now with the best output from Jones expected in 2021 and 2022.

Gutekunst sees the window for Rodgers to win another Super Bowl closing in the next few years and the decision to keep one of his most dynamic offensive weapons shows the Pack values that window. Rodgers should be happy with the decision to retain Jones.

It remains to be seen how he will handle the rest of free agency and the draft. It is unlikely the Packers will sign more than one more significant free agent. It is most likely they sign a bigger name only if the player and price are right. Meanwhile, the Packers could add some more role players or stopgap starters like last year when they signed Christian Kirksey, Rick Wagner and Devin Funchess.

This signing sets the tone for the Packers offseason. Where they go from here will determine the path of the team for 2021 and beyond.