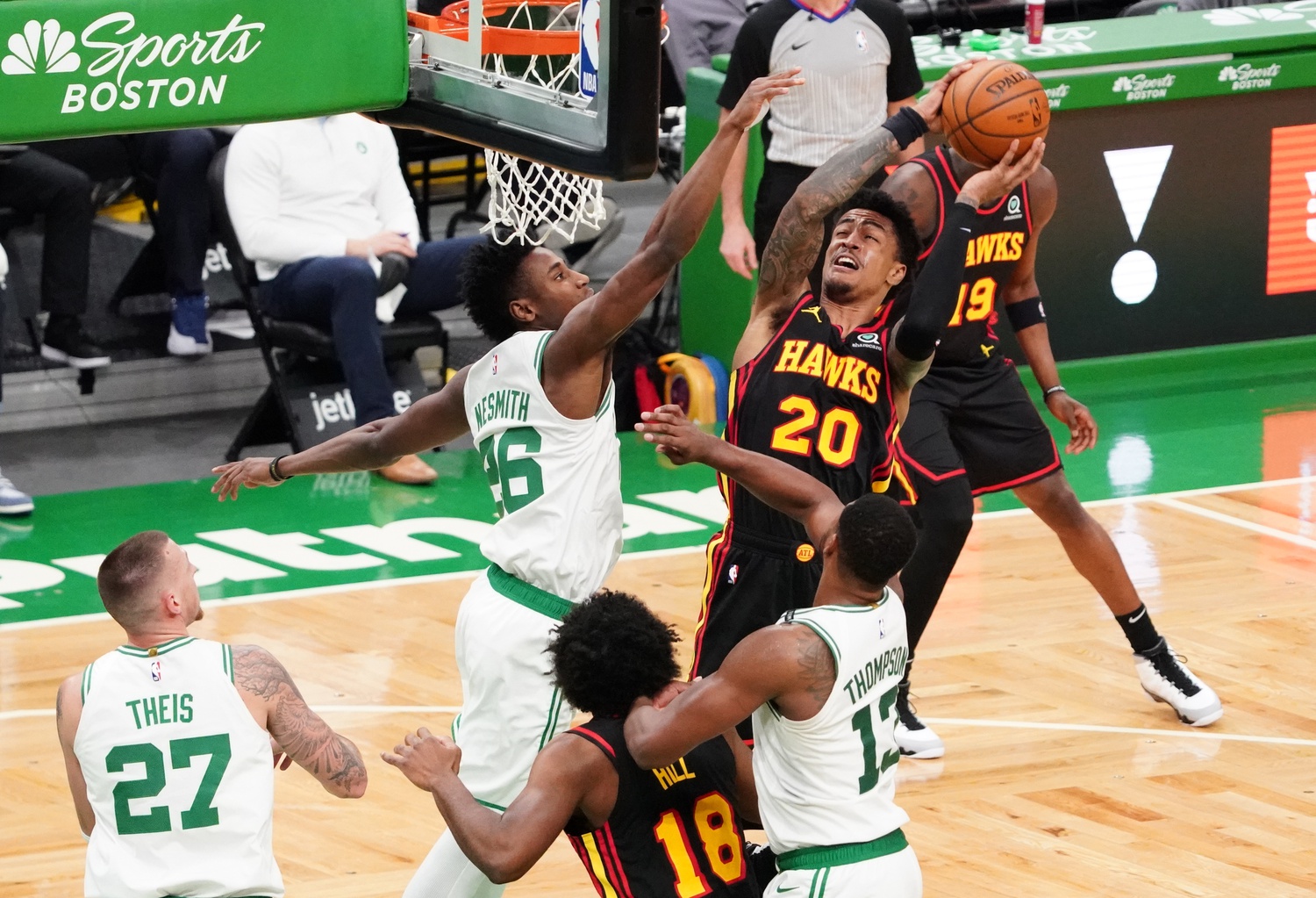 We’re about a week out from the NBA trade deadline (March 25th) and the rumors involving Boston continue to fly.

Another player of interest for the Celtics: Hawks big man John Collins, sources said. Atlanta’s asking price has been steep for Collins, however: A high-level first-round draft pick and/or a talented young player.

As our Sam Amick reported last week, Sacramento Kings forward Harrison Barnes appears to be a more logical and likely target for the Celtics.

Translation: The Hawks are attempting to stir up additional interest in Collins.

If Danny Ainge wants Collins he’ll have to 1) acquire the assets Atlanta seeks for Collins, 2) be prepared to match a big-money offer sheet in the off-season, and 3) find a taker for Kemba Walker because ownership isn’t going to pay $40 million in luxury tax for a Collins/Kemba supporting cast. I’m not convinced the Celtics are going to make all these moves for Collins.

As for Barnes, Sam Amick reported that the Kings aren’t ready to give him away:

While this is most assuredly a “gap year,” as we wrote about recently, the combination of Barnes’ play, his professionalism and his declining pay ($20.2 million next season; $18.3 million in 2022-23) is such that it will take a significant offer to pry him away. And the Kings’ ability to remain competitive, it seems, will be a factor in the decision.

Translation: A combination of late first-round draft picks and young players like the ones wearing green in Boston, it appears, likely wouldn’t be enough to get it done. The Kings are clearly still pondering the possibility of adding the kind of impact piece that they believe would put them in the playoff mix.

It appears the Kings are hoping another team moves in and trumps Danny’s mediocre offer. Good luck. I still think Barnes ends up in Boston.

League sources said the Boston Celtics could trade their starting center by the March 25 trade deadline with the Toronto Raptors being a possible destination.

Thompson is averaging 7.9 points and 8.3 rebounds in his first season with the Celtics after signing a two-year, $19 million deal that includes a player option in the second year.

I’m always skeptical of trade rumors between division rivals, but it’s clear the Celtics need to find some minutes for Robert Williams and the mystery power forward they’re going to acquire at the deadline. Aron Baynes could return, but only as an insurance option at center.

There are multiple reports about the Celtics’ interest in the Spurs’ LaMarcus Aldridge. Please know that Ainge will not trade for Aldridge and his $24 million salary and that a buyout is his only path to Boston.