Your Morning Dump... Where Rob Williams continues to amaze (in limited minutes) 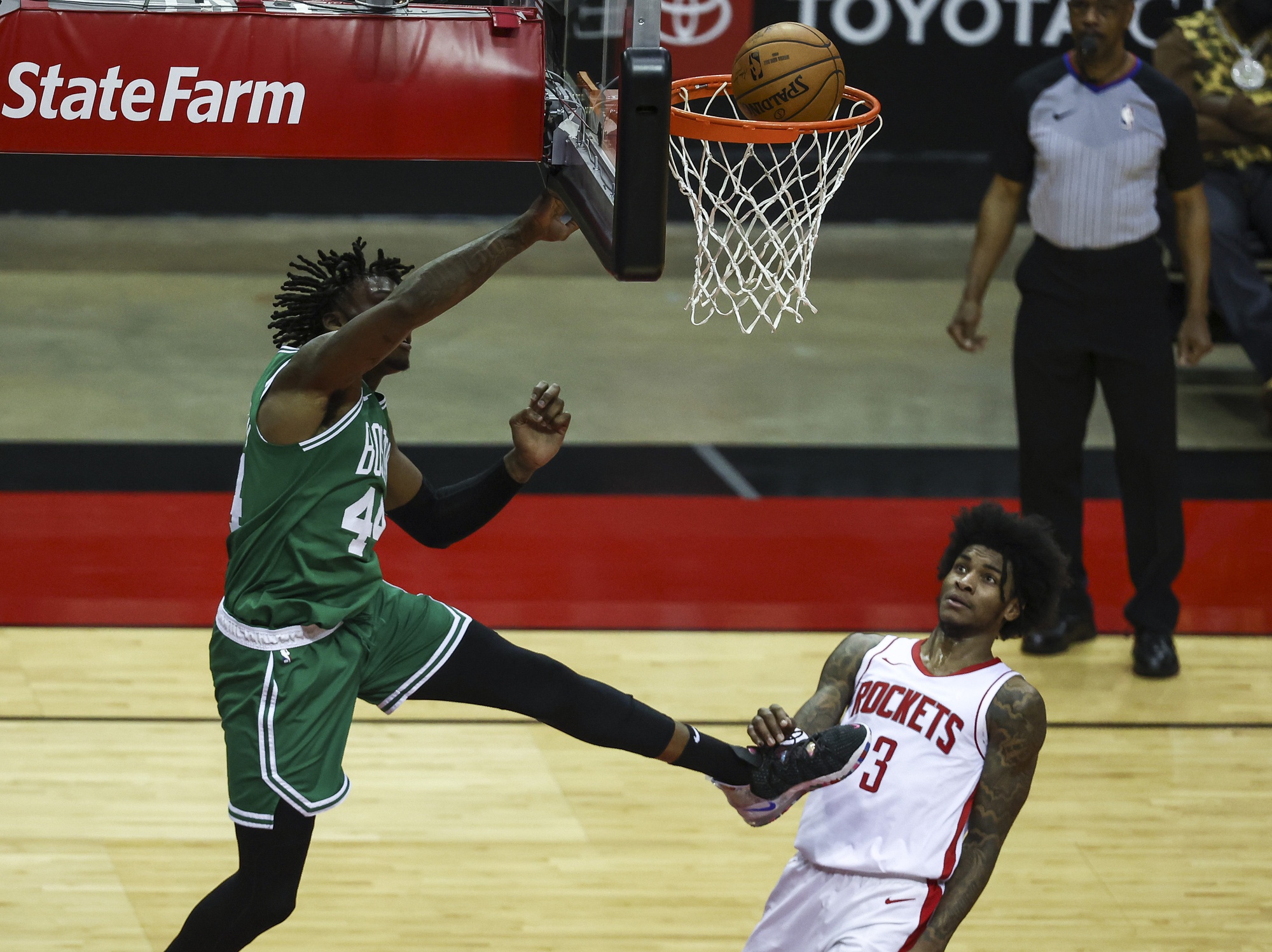 Your Morning Dump... Where Rob Williams continues to amaze (in limited minutes)

“I just think we can make it so that he can play more, and more and more as the season goes on,” Stevens said. “Again, the density of the games and his history, especially last year, we’re just being conservative. But he’s getting a lot better. You can see that. And he’s able to play a little bit longer stints than he has in the past, because he plays really hard when he’s out there. So that’s all encouraging.”

“To be honest, obviously I want as many minutes as I can get,” Williams said.

Increasingly, he’s earning them. Pace-adjusted stats aren’t always reliable, but Williams is averaging 15.7 points, 13.4 rebounds, and 3.7 blocks per 36 minutes. He has never played more than 23:04, however — a 10-point output in the Celtics’ win over the Raptors immediately before the All-Star break.

“It’s just obviously a great confidence booster,” Williams said. “Obviously the best ability is availability, shout out to [Danny Ainge] for always telling me that. But like I said, it’s a big blessing just to be able to go out there every day and run.”

But Rob isn’t making it easy and at some point, you gotta take off the training wheels and let the kid fly.

Williams is averaging 20 mpg in March, about 5 minutes higher than previous monthly averages this season. So Brad has been true to his word.

But Rob’s earned himself at least 25 minutes per game. Look, I’m not a doctor, but I have a hard time accepting the premise that an extra 5 minutes per game, or 15-20 minutes per week, poses some type of risk to this kid’s hip. Really?

It’s not just the dunks and blocks. How many centers not named Nikola Jokic are making this pass?

I like Daniel Theis. I also like Tristan Thompson. But it’s obvious that neither is as remotely talented as Williams. I have a sneaky suspicion that in addition to being concerned with Rob’s hip, the Celtics are managing egos.

I can’t stop watching this move. He’s 6-9, with killer-range and smooth enough to pull off this move on a drive? Mercy.

Globe – The Celtics weren’t about to waste an easy win | Why doesn’t Rob Williams play more?