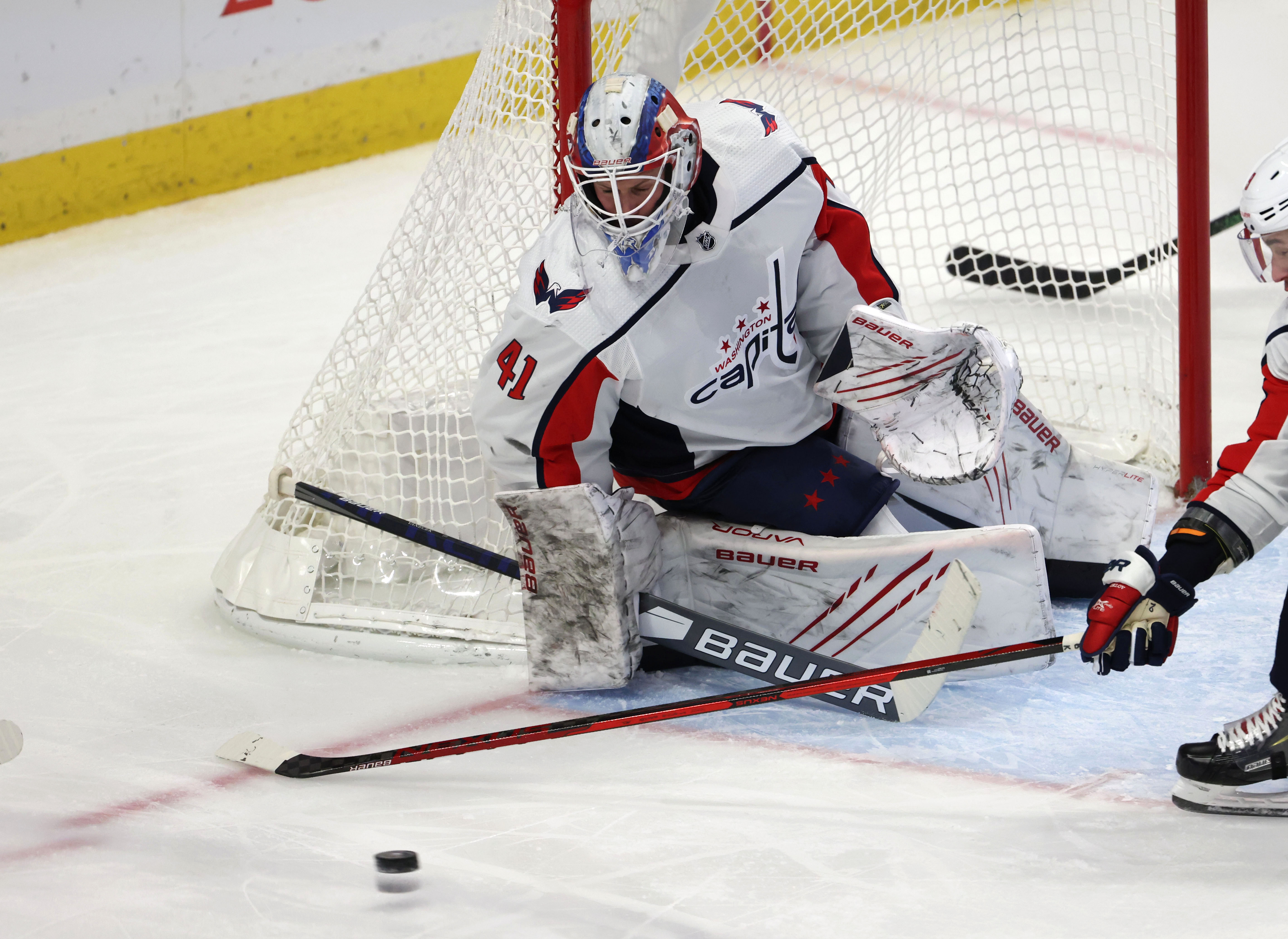 Vanecek made only two saves in the first period, seven saves in the second period and 14 saves in the third period. Matt Irwin of Victoria, British Columbia, and Taylor Hall of Calgary, Alberta (I will get to him later), led the Sabres with four shots on goal each.

Offensively for the Capitals, Washington was led in scoring by Conor Sheary of Winchester, MA, Justin Schultz of Kelowna, British Columbia, and Nick Jensen of Rogers, MN, who each had two assists. Washington also had six players with one goal each. They were Alexander Ovechkin of Moscow, Russia, Evgeny Kuznetsov of Chelyabinsk, Russia, Daniel Sprong of Amsterdam, Netherlands, Richard Panik of Martin, Slovakia, Nicklas Backstrom of Valbo, Sweden, and Garnet Hathaway of Kennebunkport, ME.

With the shutout, Vanecek now has a record of 12 wins, five regulation losses, and three losses in extra time. The rookie netminder has a goals against average of 2.74, and a save percentage of .908.

The game on Monday also showed us not just how great the Washington Capitals are, but how horrendous the Buffalo Sabres are, especially without their star player Jack Eichel, who has been out with numerous injuries. Clearly, the Sabres have massive issues, and drastically underestimated the offensive skillset (or lack thereof) of Taylor Hall, Jeff Skinner, and Eric Staal. Hall has two goals and 14 assists for 16 points, Skinner has one goal and one assist for two points, and Staal has three goals and seven assists for 10 points. The three forwards are also a combined -44, while making a combined $20.25 million. To make matters worse, Hall now has fewer goals this season than defensive-minded blueliner Adam Larsson (three). who he was traded to the New Jersey Devils from the Edmonton Oilers for back in 2016. It is now time to give former Oilers General Manager Peter Chiarelli some praise because Larsson is a better hockey player than Hall right now.

Health and Fitness 44m ago