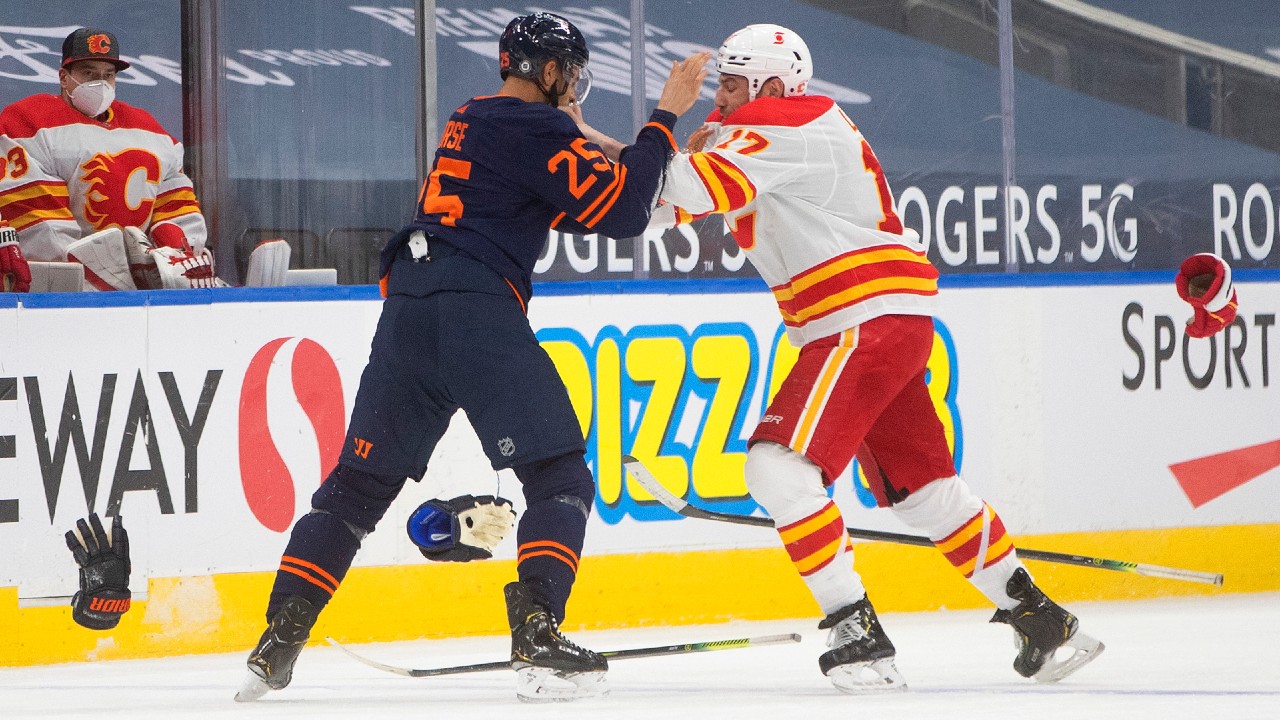 The Edmonton Oilers haven’t played poorly in either of the two games they have played so far during their three-game road trip. The end results, however, have been losses. Edmonton ran into a hot goalie on Saturday night in Vancouver, and made one too many mistakes on Monday in Calgary. Tonight, they’ll try to salvage a win in the final game of the trip as they get another shot at the Flames.

Edmonton: Better decision making has to happen tonight. The Oilers essentially gifted the Flames two goals on Monday night with poor decisions. Mike Smith failed to play the puck and turned it over, directly leading to the third goal against. Ethan Bear picked an atrocious time to pinch on the fourth goal, leading to a scramble that resulted in the dagger. Connor McDavid also committed an unforced era on the first goal. Edmonton needs to be more careful with the puck tonight and needs to pick their spots better.

Calgary: Stay physical and be hard on the carrier. The Flames did an excellent job of limiting the chances for the Oilers on Monday night by impeding them all over the ice. Should there have been more calls? Yes, but there weren’t and Edmonton needs to play through that. If the Flames can slow down the Oilers and frustrate them, they’ll be in business for the second straight game.

Edmonton: Darnell Nurse is going to play a big role tonight for the Oilers, bigger than usual. Nurse, in the likely absence of Tyson Barrie, will be playing on Edmonton’s top powerplay unit. He’s had an outstanding season and, right now, is the team’s best defenseman. Nurse’s play tonight will largely dictate how the Oilers go. He’s that important and will be playing that kind of role.

Calgary: Dillon Dube has been good in the ‘Battle of Alberta’ this season, scoring five points (2 g, 3 a) in as many games. Calgary’s top-end players are not better than Edmonton’s, but Calgary’s depth has more upside than Edmonton’s. If players like Dube continue to produce in these matchups, the Flames will continue to find success. He’s been a lot to handle for the Oilers so far in the series.

No surprise, but the Oilers will be without F Jujhar Khaira, who exited Monday’s game after a fight with Brett Ritchie. Kyle Turris, who joined the Oilers yesterday, is not yet ready to rejoin the lineup after coming off the COVID-19 Protocol List. D Tyson Barrie (upper body) and F Zack Kassian (hand) will be game-time decisions. James Neal, meanwhile, is a healthy scratch.

Dominik Kahun and Evan Bouchard could also both draw back in, as the Oilers potentially could go 11 F and 7 D. With all of the uncertainty surrounding the team and lineup, lines are subject to change.

The Flames will run with the same lineup that defeated the Oilers on Monday night. Joakim Nordstrom (lower body) remains day-to-day.

“They’re playoff-style games,” Oilers Head Coach Dave Tippett said prior to Wednesday’s Battle of Alberta. “Mistakes can usually dictate the outcome. We know it’s going to be a very competitive, tight game. We have to stay very connected as a group and make sure we’re playing well together. Ultimately, it’s a new game and you got to find a way to win.”

Connor McDavid was quiet on Monday night, but he’s been outstanding during the course of the season series with the Flames. In five prior meetings, McDavid has scored eleven points (5 g, 6 a). That doesn’t just lead the Oilers, but leads both teams in scoring.

Although the mood is a little darker after two straight losses, the Oilers do have some good numbers behind them. They are sixth in the NHL in goals for per game (3.32), and are first in the league with 103 goals. Edmonton’s +12 goal differential is 6th best in the league, while their 17 regulation wins are tied for the most in the NHL.